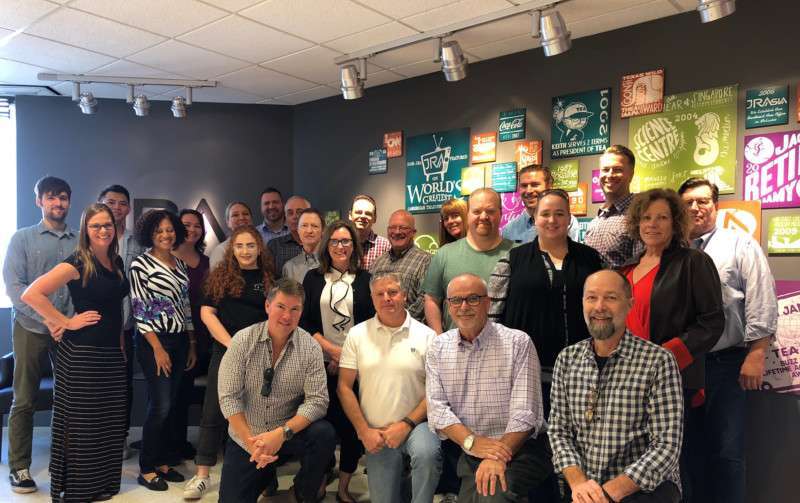 “Every minute of every day, somewhere in the world, we are creating a smile, engaging a mind, or touching a heart.” – Jack Rouse

Over the last 30 years, JRA has seen design styles evolve, technologies advance, and hairlines recede (or disappear altogether). But what hasn’t changed is the company’s commitment to creating story-based experiences that resonate with visitors. “It’s no coincidence that a lot of the staff here have theater backgrounds, because the same rules of engagement apply,” said COO Dan Schultz. “Our reputation for developing experiences from the audience’s perspective is part of what has kept us around for so long. That, and the fact that we happen to love what we do.”

As impressive as its past achievements may be, the studio is most excited about what lies ahead. The next 12 months promise to be busy ones for JRA, with projects dotting the globe across a wide range of markets. Upcoming openings include:

While JRA sees the diversity of the studio’s portfolio as one of the secrets to its success, James and Schultz know that it would not be what it is today without the dozens of team members who have touched its projects, and the millions of visitors who have been touched by them. “This industry, and this company, would not exist without the people who support it tirelessly day in and day out,” said Keith James. “I personally, and the company as a whole, have had the good fortune to work with some of the best in the business, creating not just attractions, but lifelong friendships and memories.”

With a bright future on the horizon, James can look back with pride on what the JRA team has accomplished. “Pardon the pun, but this is a roller coaster of a business. And we’re sure enjoying the ride.” •

Joe Kleimanhttp://wwww.themedreality.com
Raised in San Diego on theme parks, zoos, and IMAX films, InPark's Senior Correspondent Joe Kleiman would expand his childhood loves into two decades as a projectionist and theater director within the giant screen industry. In addition to his work in commercial and museum operations, Joe has volunteered his time to animal husbandry at leading facilities in California and Texas and has played a leading management role for a number of performing arts companies. Joe previously served as News Editor and has remained a contributing author to InPark Magazine since 2011. HIs writing has also appeared in Sound & Communications, LF Examiner, Jim Hill Media, The Planetarian, Behind the Thrills, and MiceChat His blog, ThemedReality.com takes an unconventional look at the attractions industry. Follow on twitter @ThemesRenewed Joe lives in Sacramento, California with his wife, dog, and a ghost.
Share
Facebook
Twitter
Linkedin
Email
Print
WhatsApp
Pinterest
ReddIt
Tumblr
Previous articleRona Gindin, contributing writer
Next articleIt’s a dimensional thing: Garner Holt