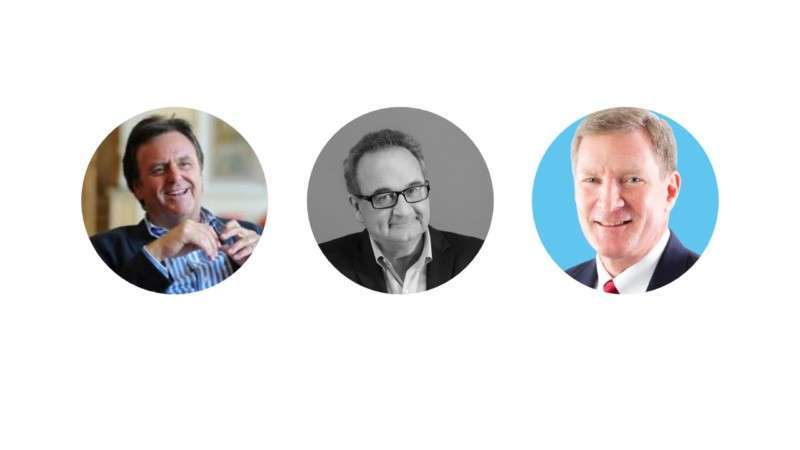 The Legends Panel has proven an annual highlight of the annual IAAPA Attractions Expo in Orlando, and this year is no exception.

This year, in a world increasingly divided by rising nationalism, how do you charm someone from another culture, not your own?   Whether opening overseas in a culture you don’t know, or interpreting someone else’s culture and inviting them to experience it in your park, what works?  What doesn’t?  Two amazing Legends share candid insights, strategies and sometimes-blunt lessons learned – lessons that you can soon be applying to your own work.

Intended for future leaders, the objective of the annual Legends Panel is to preserve and share the otherwise-lost wisdom and methods of the industry’s great achievers, in a way that helps tomorrow’s leaders shape the future.  This year’s legends include:

Roland Mack (IAAPA Hall of Fame) founder of Europa-Park, presenting attractions based on different European cultures, appealing to an international audience including all those same cultures.  Europa-Park is a highly successful celebration of both European unity and diversity in a time of increasing isolation and nationalism!   How can all of us create attractions that similarly unite rather than divide?  At the same time Mack Rides, has been making people smile in cultures all over the world.  What is Roland’s advice for reaching out to other cultures?

Tom Mehrmann, President and General Manager for Universal Beijing Theme Park and Resort – Everyone thought Disney’s arrival in Hong Kong would kill Ocean Park where Tom Mehrmann was CEO.  But little Ocean Park fought back and won, staying ahead for 10 astonishing years by being more culturally astute and simply out maneuvering the mouse.   Get a preview of his forthcoming book in which he explains how they did it.    Hear what lessons from Hong Kong he will carry to Beijing where today he plays the opposite role, representing the arriving giant.

The annual Legends panel is moderated by Bob Rogers, Founder and chairman of BRC Imagination Arts, inductee into the IAAPA Hall of Fame and recipient of the Thea Lifetime Achievement Award.

Joe Kleimanhttp://wwww.themedreality.com
Raised in San Diego on theme parks, zoos, and IMAX films, InPark's Senior Correspondent Joe Kleiman would expand his childhood loves into two decades as a projectionist and theater director within the giant screen industry. In addition to his work in commercial and museum operations, Joe has volunteered his time to animal husbandry at leading facilities in California and Texas and has played a leading management role for a number of performing arts companies. Joe previously served as News Editor and has remained a contributing author to InPark Magazine since 2011. HIs writing has also appeared in Sound & Communications, LF Examiner, Jim Hill Media, The Planetarian, Behind the Thrills, and MiceChat His blog, ThemedReality.com takes an unconventional look at the attractions industry. Follow on twitter @ThemesRenewed Joe lives in Sacramento, California with his wife, dog, and a ghost.
Share
Facebook
Twitter
Linkedin
Email
Print
WhatsApp
Pinterest
ReddIt
Tumblr
Previous article
HARMAN provides complete update to Fort Lauderdale’s historic Jungle Queen
Next article
Looking back on looking forward