If the U.S. Rejoined the BIE, Minnesota could host a world’s fair 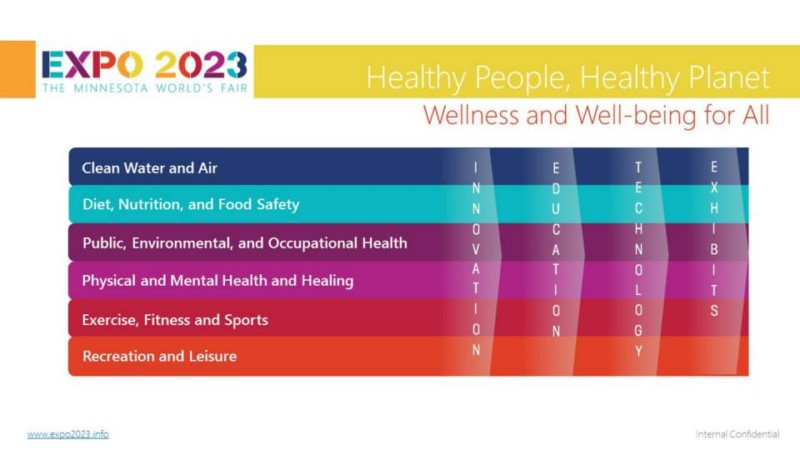 The US can (and does) participate in world’s fairs without BIE membership, but it can’t officially host one. BIE stands for Bureau of International Expositions, the Paris-based international treaty organization that regulates and sanctions world’s fairs.

The BIE has existed since 1928 and today there are 169 member countries. The US joined in 1968 but withdrew (formally renounced the treaty) in 2001. Congress had recommended the withdrawal and further refused to appropriate dues money (about $23,000 a year) for three straight years. Other than losing its influence within the BIE and losing a seat on the Steering Committee at each operating Expo, the US has managed to march along pretty much as it had while a member, but now it is clear that there is a major catch to not being a member. 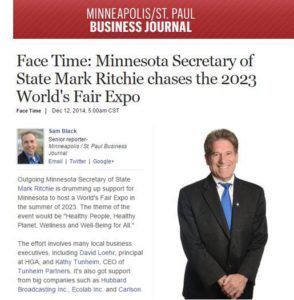 The catch is that in a bidding war to host a world’s fair, BIE member countries get priority consideration. The US hasn’t hosted one since the Louisiana World Exposition in 1984 – in the meantime, world expos have continued to occur regularly in other countries. This is a frustrating obstacle to the cities and states in the US wanting to host an expo, including, currently, Minnesota, San Francisco and Houston.

Three years ago, civic leaders from Houston, San Francisco, and Minnesota came together to form Expo USA: The United States World’s Fairs Council, an organization with the mission of getting the US back into the BIE so they could compete to host a future world’s fair. Minnesota wants to host 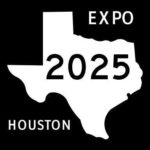 in 2023; San Francisco and Houston aspire to 2025. Expo USA was largely the idea of Manuel Delgado, President of the Houston World’s Fair Committee. Delgado, a successful entrepreneur and leader in Houston’s Hispanic Chamber, was first introduced to expos when he worked in his nation’s pavilion (Venezuela) at Seville Expo 92 in Spain.

Mark Ritchie, a member of Expo USA and former Minnesota Secretary of State and President of the Minnesota World’s Fair Bid Committee brought us up to date on the group’s activities to get the US on track to rejoin the BIE, which would facilitate Minnesota’s bid to host in 2023. Richie outlined three separate faces of their efforts over the past few months:

Second, “We are working with the US Commerce Department to clarify rules, regulations and procedure they will follow in preparing their review of Minnesota’s application. Commerce must prepare a report to the President of the United States with their recommendation for submission to the BIE.”

Third, “We are working with State Department officials from various bureaus, including Economic and Business Affairs, and International Organizations to clarify the next steps needed after Congress is no longer a barrier to rejoining the BIE.”

All of this will have to move quickly. While 2023 is seven years off, that’s not a luxurious amount of time on the future expo calendar. BIE regulations state that official applications to host a world expo must be officially submitted between five and six years prior to the proposed opening date of the event. And even before that, countries and cities vying to host tend to make their ambitions public.