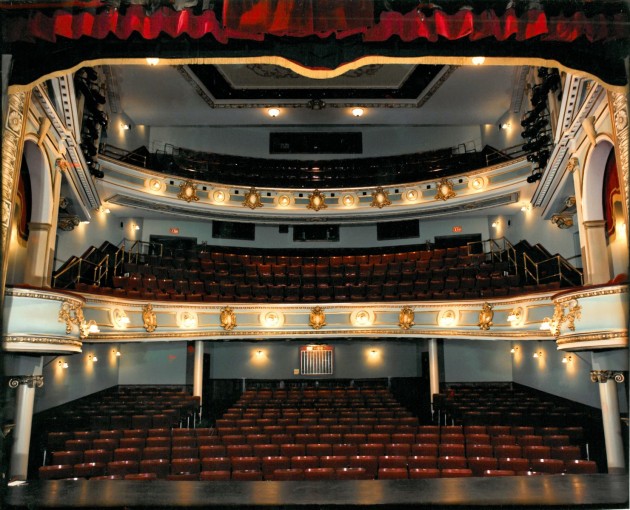 Burbank, CA, USA — Chairing the Technology segment of TEA’s SATE conference, Oct 2-3 at Florida State University, Mk Haley of Walt Disney Imagineering and FSU has announced sessions & speakers.Tech me out to the BallgameMark Francis will moderate a panel on technology and guest engagement in sports venues. Prof Francis teaches The Business of Sports at UCLA Anderson School of Management, and is a sports management consultant.From Vegas to Theme ParksTommy Bridges of ATI, Stephan Villet of Smart Monkeys and Eric Cantrell of Medialon will address how newer AV and show control technologies seen in Las Vegas nightclubs and media installations can be applied to theme parks. Panel moderator: Martin Palicki of InPark Magazine.

Educational ModelsPeter Weishar, Dean of the College of Visual Arts, Theatre & Dance at Florida State University (FSU) will lead a showcase of new themed entertainment curricula at FSU and other colleges.

Prof. Mark Francis, MBA, MA
UCLA Anderson School of Management Center for Management of Enterprise in Media, Entertainment and Sports (MEMES)
A life-long educator, sports enthusiast and high-performance coach, Mark is a specialist in the areas of Sports Management & Marketing with significant interests in Fan Experience & Engagement, Brand Management, Marketing, Business Development, Law and the exciting field of Social Media Marketing.  In addition to his teaching role at UCLA he also serves as a Sports Marketing Consulant for BaAM Productions, a major player in sports experience design and project management.

Tommy Bridges
Executive VP, All Things Integrated
Tommy Bridges is a 26-year veteran of the audio-visual and broadcast product industry who helped Alcorn McBride become a global powerhouse. Bridges has worked with Walt Disney Parks, Universal Studios, and many other theme parks, visitor attractions, and museums throughout the world. In 2012, he was elected to the International Board of the Themed Entertainment Association.

Eric Cantrell
North America Sales Manager,Medialon
Eric is a lighting, video, and show control designer/programmer with a background in theatre, specializing in interactive environmental controls for museums, themed attractions, and specialty venues. He has been with Medialon since 2008. Prior to that, he was projections operator for Wynn Las Vegas, and technical director for The Jordan Experience. He also freelances as a lighting designer on shows for various theaters in South Florida.

Peter Weishar
Dean of College of Visual Arts, Theatre, and Dance
Florida State University
Peter Weishar comes to FSU from the Savannah College of Art and Design’s School of Film’s Digital Media and Performing Arts, where he served as Dean since 2004. Previously, he was a full-time professor at NYU’s Tisch School of the Arts department of Film and Television and graduated from Union College with a B.A. with honors in Studio Art in 1983. On top of his career in academia, Weishar has published three books discussing computer art and animation. He is an innovator in video and media technology and has worked for creative firms and advertising agencies.

In addition to her position with FSU, Mk works for Walt Disney Imagineering (WDI) in Orlando, having previously worked as Research Producer with Disney Research, and other roles across creative, technical, and operational teams since 1994 with Disney. Primarily serving WDI, Mk has also worked with Disney Corporate on company-wide collaboration initiatives, as well as emerging technologies for television experiences with the Digital Media Teams.

Visit the SATE ’14 blog for more information and to register.

Joe Kleimanhttp://wwww.themedreality.com
Raised in San Diego on theme parks, zoos, and IMAX films, Joe Kleiman would expand his childhood loves into two decades as a projectionist and theater director within the giant screen industry. In addition to his work in commercial and museum operations, Joe has volunteered his time to animal husbandry at leading facilities in California and Texas and has played a leading management role for a number of performing arts companies. Joe has been News Editor and contributing author to InPark Magazine since 2011. HIs writing has also appeared in Sound & Communications, LF Examiner, Jim Hill Media, and MiceChat. His blog, ThemedReality.com takes an unconventional look at the attractions industry. Follow on twitter @ThemesRenewed Joe lives in Sacramento, California with his fiancé, two dogs, and a ghost.
Share
Facebook
Twitter
Linkedin
Email
Print
WhatsApp
Pinterest
ReddIt
Tumblr
Previous articleUSA Pavilion at Shanghai Expo 2010: Photo/video gallery and participant lists
Next articleJungle Jack Hanna Returns to Busch Gardens Tampa for Wild Days Sept 13 and 14