Kicking off the 2018 Olympic Winter Games in PyeongChang, viewers from around the globe were treated to a record-breaking light show during the opening ceremony that surpassed Intel’s previous record of 500 drones flown simultaneously in Germany in 2016. Intel designed and developed custom animations for the opening ceremony and nightly victory ceremony performances, which include animations of different sports and various Olympic-related logos including the formation of the iconic Olympic rings. 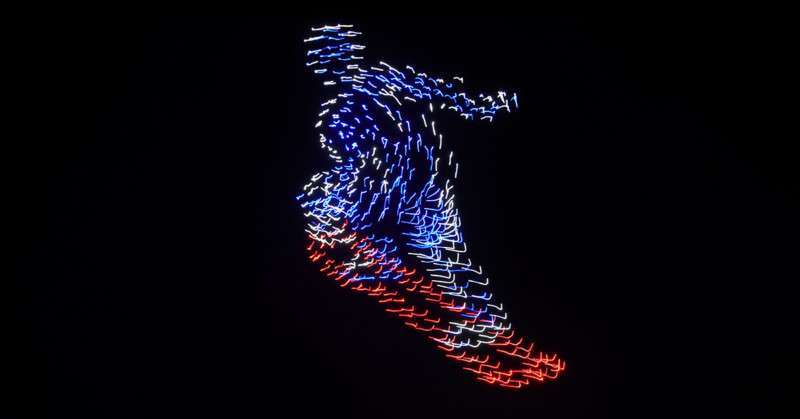 “The Olympics are a time when the sports and entertainment industries are buzzing with record-setting performances, so it was the perfect stage for Intel Shooting Star drones and our team to set their own kind of record,” said Natalie Cheung, general manager of Intel’s drone light show team.

“It’s been exciting for us to partner with Intel on the Winter Olympics, as they continue to push the limits with their advanced drone light show technologies,” said Sam Prosser, commercial director EMEA APAC Guinness World Records. “From flying 100 drones simultaneously in 2015, to 500 drones in 2016, and now more than 1,000 drones – the sky is the limit with entertaining through Intel drone light shows.”

The Intel Shooting Star drones are a type of unmanned aerial vehicle (UAV) specifically designed for entertainment purposes, equipped with LED lights that can create countless color combinations and easily be programmed for any animation. The fleet of drones is controlled by one pilot.As a member of “The Olympic Partner” (TOP) worldwide sponsorship program, Intel is helping to transform the fan experience by creating immersive opportunities for viewers to be a part of the Olympic Games.

“We are honored to have Intel drones playing several roles at the Olympic Games,” said Anil Nanduri, vice president and general manager, Intel Drone Group. “Not unlike the athletes competing in the events, we continue to push to innovate and develop the drone technologies that inspire people all over the world.”

Joe Kleimanhttp://wwww.themedreality.com
Raised in San Diego on theme parks, zoos, and IMAX films, InPark's Senior Correspondent Joe Kleiman would expand his childhood loves into two decades as a projectionist and theater director within the giant screen industry. In addition to his work in commercial and museum operations, Joe has volunteered his time to animal husbandry at leading facilities in California and Texas and has played a leading management role for a number of performing arts companies. Joe previously served as News Editor and has remained a contributing author to InPark Magazine since 2011. HIs writing has also appeared in Sound & Communications, LF Examiner, Jim Hill Media, The Planetarian, Behind the Thrills, and MiceChat His blog, ThemedReality.com takes an unconventional look at the attractions industry. Follow on twitter @ThemesRenewed Joe lives in Sacramento, California with his wife, dog, and a ghost.
Share
Facebook
Twitter
Linkedin
Email
Print
WhatsApp
Pinterest
ReddIt
Tumblr
Previous article#71 MENA/Entertainment
Next articleThomas the Tank Engine Gets New Land at Kennywood