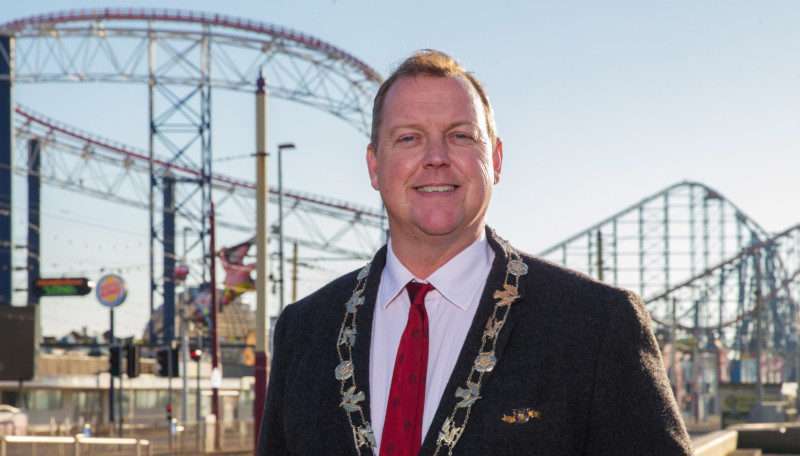 Nick Thompson, deputy managing director of Blackpool Pleasure Beach will open the InterFun Expo to be held at the New Dock Hall, The Royal Armouries, Leeds, UK, on April 28–29, 2020.

Having visited the expo in 2019, the Pleasure Beach director said he would be delighted to open and attend the event.

Thompson was brought up in Blackpool and first started work at Blackpool Pleasure Beach as a schoolboy.

Having travelled the world experiencing different aspects of the leisure and tourism industry, he returned to his roots in 1993 to take up a position as catering manager in the family business. In 1994 he was promoted to group catering and retail director and also became a board director.

Thompson also holds the post of head of the sponsorship committee, which involves negotiating with high profile companies.  In this role, he attended the International Attractions and Amusement Parks Association business course at Cornell University in the United States.

In 2017, Thompson became the first ever third generation chairman of the British Association of Leisure Parks, Piers and Attractions. He follows in the footsteps of his father and grandfather who both previously held this prestigious post.

Joe Kleimanhttp://wwww.themedreality.com
Raised in San Diego on theme parks, zoos, and IMAX films, InPark's Senior Correspondent Joe Kleiman would expand his childhood loves into two decades as a projectionist and theater director within the giant screen industry. In addition to his work in commercial and museum operations, Joe has volunteered his time to animal husbandry at leading facilities in California and Texas and has played a leading management role for a number of performing arts companies. Joe previously served as News Editor and has remained a contributing author to InPark Magazine since 2011. HIs writing has also appeared in Sound & Communications, LF Examiner, Jim Hill Media, The Planetarian, Behind the Thrills, and MiceChat His blog, ThemedReality.com takes an unconventional look at the attractions industry. Follow on twitter @ThemesRenewed Joe lives in Sacramento, California with his wife, dog, and a ghost.
Share
Facebook
Twitter
Linkedin
Email
Print
WhatsApp
Pinterest
ReddIt
Tumblr
Previous articleSpace Center Houston marks record attendance and introduction of Galaxy Lights
Next articleGarner Holt Productions establishes non-profit foundation