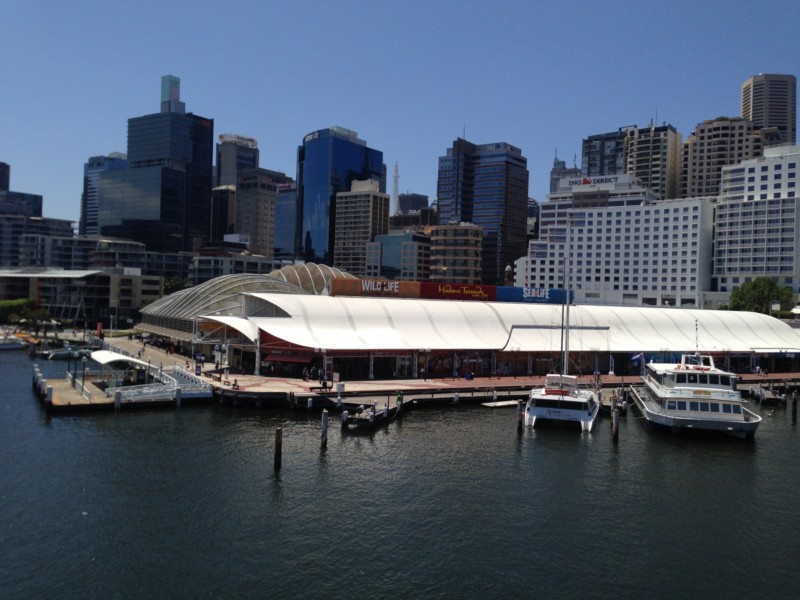 Several truly international brands have emerged from the consolidation of the attractions industry over the past decade. But does a global presence necessarily translate into local success? Will a standardized product create uniform enjoyment for guests or does a one size fits all strategy in fact fit no one? The answer, perhaps, lies in successful building of brand awareness, coupled with an acute awareness of the local environment. Globalized entertainment can work, but only when approached in the right way. To see this playing out right now, one can examine the case study of Sydney, Australia. Having recently been the recipient of several new attraction investments Sydney has even more set to debut in the not too distant future. A closer look at two of the most prominent new international players to enter the market sheds some light on distinctly different ways of adapting to a new location and how audiences may perceive their offerings.

In a city surrounded by splendid natural beaches with perfect surfing conditions, how can an artificial lagoon set in the middle of the suburbs capture the imagination of the public? How will the Wet‘n’Wild brand differentiate itself in these unchartered waters?

All will be revealed when the park opens in December of this year but owner Village Roadshow Theme Parks is no stranger to the challenges of adapting multiple brands for new markets. Take, for example, Sea World and Warner Bros Movie World in Australia and Wet’n’Wild in Phoenix, Hawaii and soon Las Vegas. In fact, sister park Wet’n’Wild Water World in the Gold Coast ranked an impressive #9 in terms of 2011 global water park attendance and #4 in the Asia Pacific region, enjoying a 24.1% jump in visitors in 2012. However, despite this nearby success, Wet’n’Wild Sydney is no sure bet in a city that has seen the closure of several high profile experiences including Fox Studios and Australia’s Wonderland. Instead, Wet’n’Wild Sydney seems to be using a carefully considered product strategy based on Quantity, Quality and a bit of Hyperbole thrown in for good measure.

With 42 slides and attractions mostly from industry veterans WhiteWater West, Wet’n’Wild Sydney will have a solid line-up right from day one, unmatched in Australia and extremely competitive with other parks around the world. This strategy of starting big stands in direct contrast to several other parks in the region (such as Hong Kong Disneyland) that opened with minimal attractions and instead adopted a long term growth strategy. Initially, they were unfavorably compared to their international counterparts with more robust offerings. Wet’n’Wild Sydney will easily avoid this fate with its impressive slide portfolio.

Sheer number of slides aside, there are a number of innovations planned such as “the world’s first combination of a 4 loop and 8 lane racer [from WhiteWater West] and the world’s tallest Double SkyCoaster.” Given the Sydney market is relatively inexperienced in differentiating slide types, it’s interesting to see a sophisticated line-up of rides from the outset again designed to make a good first impression.

To round out the launch strategy, Wet ‘n’Wild has also staked some unique claims to set it apart from its nearest competition (the beach), which is unmatched on price (absolutely free). “The heart of the Wet’n’Wild Sydney experience will be the biggest’n’best wave pool featuring a huge sandy beach and an awesome surfable wave. With no rip currents or sharks, this amazing attraction will put the beach within reach for everybody.” proclaims the pre-launch website.

Other promotional material raises the stakes even further “The countdown is on to the grand opening of the world’s best water park, Wet’n’Wild Sydney” with “the world’s tallest, world’s best, and multiple world firsts.”

The public will ultimately decide whether Wet’n’Wild Sydney can live up to the hype but one thing is clear, it will certainly fill a very large gap in the Sydney attractions scene being the first major waterpark in a city of over 4.6 million outdoor loving people.

Merlin Entertainments has also made a big impact in Sydney over the past several years but has taken a different approach for their launch into the market. They have been steadily acquiring an impressive portfolio of existing Sydney attractions (many of which were coincidentally purchased from Village Roadshow), extensively upgrading the experience and only then re-branding in line with international counterparts.

In September, Sydney Aquarium reopened as SEA LIFE Sydney Aquarium after a nine month, $10 million refurbishment making it the largest of the world’s 44 SEA LIFE centers with over 70 exhibits of 700 different species and 13,000 animals in an impressive eight million liters of water. Since its opening in 1988, Sydney Aquarium has consistently been one of Sydney’s (and arguably Australia’s) top attractions with a devoted following. However, the transition to the new brand following the acquisition by Merlin has so far proven to be seamless and well-received despite the SEA LIFE brand not being a household name in Australia. In the lead-up to the re-launch, the SEA LIFE website tantalized guests with a preview of things to come including insight into the new name: “In addition to an amazing new look, Sydney Aquarium will soon fly the world famous SEA LIFE banner, globally recognized as the number one aquarium brand…”

Like Wet’n’Wild, Merlin has been intent on ensuring their brands make a strong first impression in the market with an enhanced product debuting at the same time. The results speak for themselves – Madame Tussauds Sydney was recently awarded Gold at the highly coveted Qantas Australian Tourism Awards in the category of New Tourism Development less than 12 months after its debut.

Start How you Intend to Finish

Thanks to the dizzying array of online content and the ubiquitous ability to comment (or critique) through social media, guests in Australia and Asia Pacific can compare their local experiences to global benchmarks easier than ever before. Consequently, the strategy of building smaller (and often inferior) versions of overseas attractions may at last be at an end. The “go big or go home” approach of Wet’n’Wild and Merlin Entertainments in Australia has certainly shown how global brands can enter a new market sensitively and successfully. How they manage to stand the test of time is yet to be seen. • • •