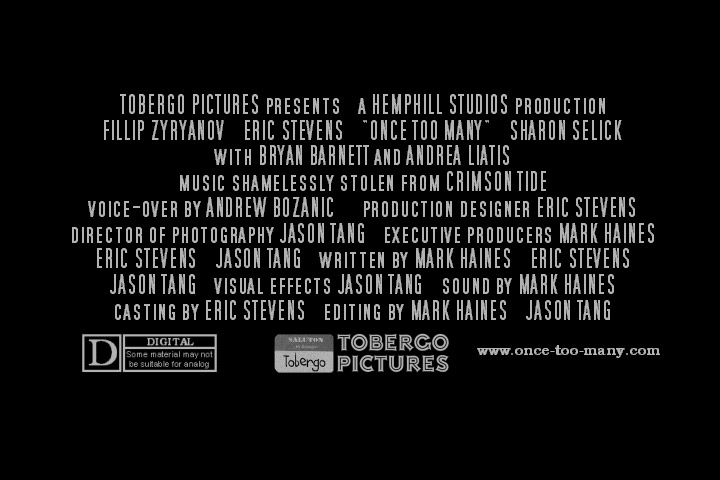 by Bob Rogers and the creative staff at BRC Imagination Arts

Stolen or misleading credits are a problem for everyone in our industry – practitioners and clients alike.  False credits rob the deserving of a hard-earned competitive edge and they mislead clients into hiring the wrong suppliers, thus putting their own project at risk while rewarding the unscrupulous.  The next victim may well be YOU!  What can you do to protect yourself and your team members?  The answers are imperfect, but here is what our company, BRC Imagination Arts, has found useful:

1. The creator/producer must take control of the credits in their contract with the attraction owner

If you are the primary Creator/Producer, you need the right language in the contract with your client so that YOU can control and arbitrate credits.  Someone has to do it or there will be uncontrolled credit chaos.  The Creator/Producer is the logical choice because they understand credits and have the best overview.  Here is the standard language that BRC uses in contracts with owners:

Acknowledgements – Client and Producer may name the other and/or the Project as a client or creative contributor (whichever is appropriate) for promotional and/or marketing purposes. If all or part of Client’s project is produced based on the Final Deliverables, Client agrees to publish and post Credits at the project site or website (homepage) where they may be easily seen by the visiting (or viewing) public, listing “Concept Created by BRC Imagination Arts” or “Designed, Created and Produced by BRC Imagination Arts,” whichever is more appropriate (or an alternative Client and Producer mutually agree upon). If Client produces the project with further Producer participation, Client agrees to allow Producer to control the Credits. In either case Client and Producer mutually agree that Producer’s final credit will be used in all publicity, marketing and other materials distributed by Producer or Client.

“Show Credits” is the contents, sequence, and relative sizing of the names and capacities of persons and firms contributing technical and/or creative elements to the Project as determined by Producer. The Show Credits list will be used wherever any credits are published or posted by Producer or Client. Producer and Client agree not to publish or authorize conflicting or confusing credits for this Project. Producer will indemnify and hold Client harmless from any disputes regarding Show Credits arising among creative and technical contributors reporting to Producer.

(a) Client and Producer may name the other and/or the Project as a client or creative contributor (whichever is appropriate) for promotional and/or marketing purposes. Producer agrees to provide, and Client agrees to prominently and permanently post Show Credits at the Project site where they may be easily seen by the visiting public. Client agrees to include Producer’s credit; “Designed, Created and Produced by BRC Imagination Arts” directly in all marketing and publicity materials under its control, including prominent placement and a link to Producer’s website on any Client’s website featuring the Project. Client agrees to name Producer, using Producer’s credit, in all Project-related press releases and press materials under its control.

(c) Before and after the Grand Opening, Producer will be allowed to photograph, videotape and distribute excerpts of the Exhibit as presented in the Project, the interior and exterior of the Exhibit, the Facility itself and on-site public interviews and audience reactions to the Exhibit during regular operating hours, at times mutually agreeable. Producer will make said photographs and video tape available to Client for Client’s own promotional purposes including submission for a Thea Award.

2. The creator/producer must take control of the credits in their contracts with their vendors and employees

Work Made for Hire and Credit

All of the ideas, concepts, designs, images and products of your work produced under this Agreement (the “Work”), whether by you or your sub-vendor(s), shall be considered “Works Made For Hire” for BRC. All rights to and products of Vendor’s Work shall be the exclusive property of BRC Imagination Arts.

Use of Name & Logo

Vendor shall acquire no right to, nor interest in the name or logo, nor any derivation of the name or logo of BRC, including any of its heirs and subsidiaries, or of BRC’s client or this project. Vendor shall not publicize nor advise any third party of its selection by BRC to perform services under this Agreement, nor the identity of BRC’s client nor the nature of the work without prior written approval of BRC, which will not be unreasonably withheld.

Vendor agrees to not use, publish or show (publically or privately) any images (regardless of who owns the images) in a way that implies the vendor performed more or different services than as specified in the official BRC credit list.  In cases where Vendor is granted separate written permission (from any authorized source) for Vendor to use images or other media from any part of the project as part of Vendor’s promotion or publicity or any other use, Vendor agrees to prominently include the words “Created and Produced by BRC Imagination Arts” in all material under Vendor’s control.

Now that you have the authority, use it with responsibility, fairness and generosity.  Here are the tests we use internally, within BRC, when evaluating an outsider’s credit claim:

Wherever possible, we WANT our suppliers and team members to take credit for what they did.  As artists, we believe in the right to credits provided they are accurate and do not infringe on the legitimate credit of another contributor to the project.

As the arbiter of credits you will decide what credit is most accurate and fair.  When initially assigning credits, make sure that the credit you assign will communicate an accurate and complete reflection of what the person or company did on the project.  When the person or company uses the assigned credit there must be no ambiguity or confusion regarding the person’s or company’s role on the project.  Your responsibility is not merely to protect yourself; you also have a fiduciary responsibility to create and administer credits in a way that protects one vendor from infringing on the credit of another.  Through your contracts with suppliers and team members make sure they understand they are only authorized to use the credit assigned by you.

They should not use anything other than the credit assigned by you and neither through co-mission nor omission should the use of the credit or visual material imply that they did more or performed greater services or different services than is reflected by the official credits assigned by you.  An example of “omission” might be where a company that was an advisor, listed and pictured one of your projects on a list of their “completed projects” in a way that (without actually saying it) suggested or allowed the reader to assume that they created and produced this entire project.  Another example of omission:  Imagine a person who normally advertises themselves as an art director, and they list or picture your project for which they were NOT credited as “Art Director” on a list of projects they did art direct.  In that case, by omitting their true assigned credit the reader might logically assume that they were the Art Director on your project as well.  That must not be allowed.  Shared credits raise a slightly different issue. For example, if three people were all credited as “art directors” in the credits (a shared credit), then when they describe themselves elsewhere they should list themselves as “co-art director”.

C. Acknowledgment of the Creator/Producer

If the overall attraction was created or produced by BRC, we usually ask that, in addition to an accurate statement of credits, these words also appear: “Created and Produced by BRC Imagination Arts” or similar words passing the same tests above, which means that BRC’s credit must pass the same tests of accuracy and consistency with its credit as it appears in the official credits.

We want to trust our industry colleagues.  But before we hire anyone, we call around to make sure they are who they say they are, and that they really did what they say they did.  Almost always we find that people in this industry are honest.  But occasionally we are disappointed because we discover stolen or misleading credits.  And if they are stealing credits from someone else, they will likely steal from us as well. Our industry is strongest when we all hold one another to the same standards of fairness, honesty and integrity. • • •