IPM REPORTS: The Other Side of the Michael Jackson Hologram 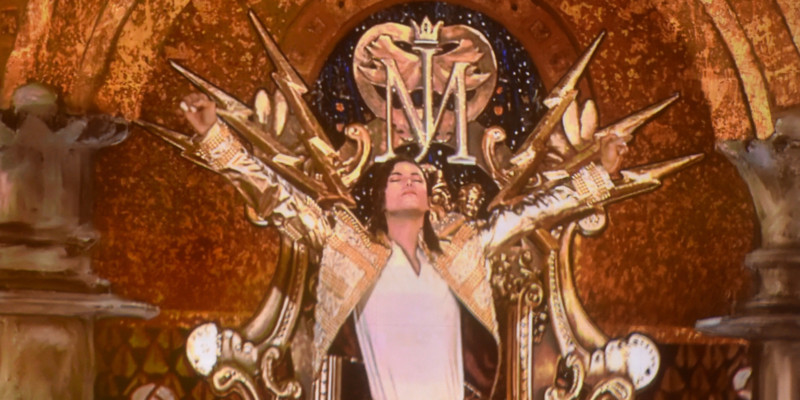 (May 19, 2014) — Many were amazed by last night’s performance of a holographic Michael Jackson at the Billboard Music Awards, wondering “How’d they do that?”  When InPark went searching for answers, it brought about two very unexpected, but connected, questions: “Did the former CEO of Digital Domain misappropriate technology?” and “Is the 32-year old son of a gospel singer Michael Jackson’s love child?”

The common denominator between all three questions is Alki David, who is the principal shareholder of Coca Cola Hellenic (Coca Cola HBC), the world’s second largest Coca-Cola bottler, which operates in 28 countries on three continents.  With 2013 profits of €6.8 billion, the company is listed on the New York Stock Exchange.  In both the states and the UK, David opted to invest his money in numerous online and media ventures.

Through his video on demand service FilmOn, David earlier this year began publicly championing the claim that then 31-year old Brandon Howard, son of acclaimed gospel singer Miki Howard, was the illegitimate child of Michael Jackson.  David allegedly obtained the 30-year old dental imprint of Jackson, from which DNA was allegedly exuded.  A swab was then taken of the interior of Howards’ mouth, and when the results returned from a DNA lab in Ireland, they indicated a probable 99.9999% match.

When tabloid site TMZ looked into the results, they were unable to locate the lab.  A visual analysis of the lab’s logo on the results paperwork matched an identical logo used for publicity materials for the film Terminator Salvation.  Depending on which tabloid site one reads, David was either duped by a hoax or was himself involved in an alleged publicity stunt.

This would not be the final time in 2014 David took on the Jackson estate.  InPark has obtained copies of court documents from two different Federal cases filed by Hologram USA, a company owned by David.  The first was filed March 24, 2014 in the Central District of California against Cirque du Soleil and MGM Resorts for a holographic Michael Jackson that appears in the Las Vegas show Michael Jackson: ONE.  The second suit was filed this past Thursday against Dick Clark Productions, the Michael Jackson Estate, Prometheus Global Media (owners of Billboard), and Pulse Entertainment, whose Chairman plays into the bigger picture, all in an effort to seek an immediate injunction against last night’s holographic performance at the Billboard Music Awards.

The technology in question, which goes under the trade name “Musion Eyeliner” is based on two patents by German inventor Uwe Maass.  Maass licensed the technology for the US and Canada to Hologram USA, which can then license it on to third parties, such as was done with the holographic Tupac Shakur produced by Digital Domain in 2012 for the Coachella Music Festival.  Digital Domain’s former CEO, John Textor, is the current Chairman of Pulse Entertainment (but is inaccurately referred to as CEO in Hologram USA’s court filings).  According to the complaint in the Billboard case:

Textor is no stranger to Musion Eyeliner. In 2012, Textor was CEO of Digital Domain. Although he was fired that same year, at or about the time Digital Domain went bankrupt, Textor served as CEO of Digital Domain when the company, along with AV Concepts, produced the Tupac Shakur hologram for the Coachella Music Festival. Textor does not conceal his familiarity with Musion Eyeliner to potential investors. In attempting to raise money for Pulse, he circulated an investor memo that falsely claimed a company called VFX had produced the Tupac hologram while Textor served as Chairman and CEO . . . Further, in the weeks and months leading up to the 2014 Billboard Music Awards, Textor sent numerous emails to Plaintiffs, seeking to license Musion Eyeliner. Plaintiffs refused those requests. Undeterred, Textor has now concocted the story he will employ a different technology to achieve the same result. That illusion does not withstand scrutiny.

In the two cases, along with two others against alleged infringing competitors, the technology is described thus:

. . . Musion Eyeliner is a proprietary high definition video projection system that allows moving images to appear within a live stage setting. A white projection screen or other reflecting surface is placed on the floor of the stage. An image source (preferably, a computer controlled intelligent light amplifier) projects an image onto the reflecting surface, which projects the image onto a thin transparent foil arranged on stage at an angle of about 45 degrees. From the audience’s perspective, the image produced on the foil appears as a life-like three-dimensional image.

Hologram USA contends in its filings that it was unaware of the Michael Jackson hologram until May 15.  The defendants in the case countered this by, among other things,  including as evidence emails between Textor, David, and David’s associate Giovanni Palma, all dated April 3.   The emails specifically mention a virtual Michael Jackson and his estate’s involvement, with Textor stating “The earliest that a show could occur would be mid-late May, the latest it could occur would be late June . . . Frank [Patterson, Pulse CEO] and I were very comfortable with our call with Gio yesterday and are looking forward to doing a lot with you both.”  An earlier email the same day from Textor read: “We are hoping to get Gio on the phone today to confirm…100%…the avalability of foil for our MJ application.”

The Billboard case was dismissed and the performance took place to wide acclaim.  The case against Cirque du Soleil and MGM continues with the defense having been given an additional week, up to May 23, 2014 to respond to Hologram USA’s claims.  As for Brandon Howard, singer Auggie Johnson has come forward to claim he’s the true father, telling the Daily Mail: “I KNOW Brandon’s my son – I was there in the delivery room, I have the pictures of him being born. I got the records, I got everything.”  But that hasn’t stopped David, who met Johnson at the television show Inside Edition and, according to its website, said “Brandon Howard is Michael Jackson’s son. That is, in my mind, the truth.”

Joe Kleimanhttp://wwww.themedreality.com
Raised in San Diego on theme parks, zoos, and IMAX films, InPark's Senior Correspondent Joe Kleiman would expand his childhood loves into two decades as a projectionist and theater director within the giant screen industry. In addition to his work in commercial and museum operations, Joe has volunteered his time to animal husbandry at leading facilities in California and Texas and has played a leading management role for a number of performing arts companies. Joe previously served as News Editor and has remained a contributing author to InPark Magazine since 2011. HIs writing has also appeared in Sound & Communications, LF Examiner, Jim Hill Media, The Planetarian, Behind the Thrills, and MiceChat His blog, ThemedReality.com takes an unconventional look at the attractions industry. Follow on twitter @ThemesRenewed Joe lives in Sacramento, California with his wife, dog, and a ghost.
Share
Facebook
Twitter
Linkedin
Email
Print
WhatsApp
Pinterest
ReddIt
Tumblr
Previous articleVIDEO: Trailer for Christopher Nolan’s IMAX Opus “Interstellar”
Next articleBrian Macauto Joins Alcorn McBride as Senior Sales Engineer