ISSUE 62 EDITORIAL: Tourists and culture from India begin to have an impact 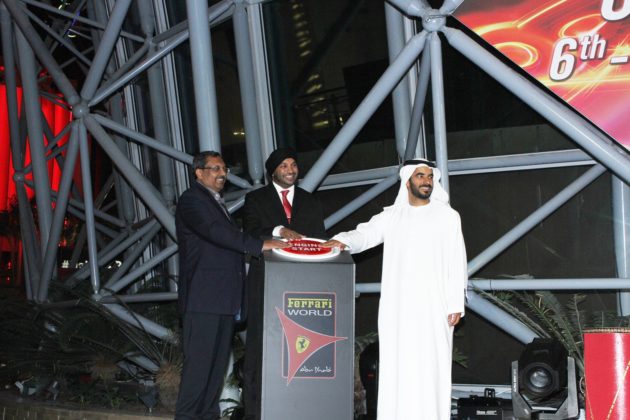 [dropcap color=”#888″ type=”square”]A[/dropcap]ccording to India’s National Council for Economic Research, that country’s middle class is expected to double over the next decade to 547 million individuals. As with China, a dramatic increase in the middle class will organically lead to growth in the attractions sector. We’re seeing that already with the expansion of the waterpark industry in India and with recent announcements by the UK’s Merlin Entertainments, India’s Adlabs, and China’s Dalian-Wanda Group to build new attractions, large scale theme parks, and resorts within India.

The effect of the Indian middle class can be seen on global tourism as well, particularly in countries like Singapore and the UAE with large expatriate communities. In both these countries, visitation from the Indian subcontinent has consistently ranked within the top five of foreign markets. As a result, destinations like Resorts World Sentosa and Ferrari World Abu Dhabi have begun catering to the Indian tourist, by among other things adding restaurants specializing in Indian cuisine. Ferrari World also recently celebrated Duwali, the Hindu Festival of Lights, with T.P. Seetharam, India’s Ambassador to the UAE, participating in the ceremony (above photo).

In October, India’s great cinematic art form, Bollywood, will be given its own blockbuster theme park. This new park will be located in Dubai, where it will appeal not only to Dubai’s diverse local and tourist population, but also the more than 1 million Indians per year who visit the UAE. And the growing Indian middle class will continue to make its mark on the global attractions landscape.

Joe Kleimanhttp://wwww.themedreality.com
Raised in San Diego on theme parks, zoos, and IMAX films, Joe Kleiman would expand his childhood loves into two decades as a projectionist and theater director within the giant screen industry. In addition to his work in commercial and museum operations, Joe has volunteered his time to animal husbandry at leading facilities in California and Texas and has played a leading management role for a number of performing arts companies. Joe has been News Editor and contributing author to InPark Magazine since 2011. HIs writing has also appeared in Sound & Communications, LF Examiner, Jim Hill Media, and MiceChat. His blog, ThemedReality.com takes an unconventional look at the attractions industry. Follow on twitter @ThemesRenewed Joe lives in Sacramento, California with his fiancé, two dogs, and a ghost.
Share
Facebook
Twitter
Linkedin
Email
Print
WhatsApp
Pinterest
ReddIt
Tumblr
Previous articleFlying High
Next articleISSUE 62 EDITORIAL: Exist through retail