Jane McGonigal to Keynote at SIGGRAPH 2012 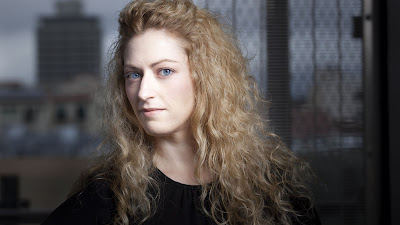 Chicago, IL, USA (June 13, 2012) /BUSINESS WIRE/ — ACM SIGGRAPH announces the selection of Jane McGonigal, director of game research and development at the Institute for the Future (IFTF), as keynote speaker at SIGGRAPH 2012, the 39th International Conference and Exhibition on Computer Graphics and Interactive Techniques, 5-9 August 2012 at the Los Angeles Convention Center. McGonigal’s research at IFTF focuses on how games are transforming the way we lead our real lives, and how they can be used to increase our resilience and well-being.

“Jane McGonigal is an ideal keynote for SIGGRAPH 2012 as the perfect illustration of this year’s conference theme,” said Rebecca Strzelec, SIGGRAPH 2012 Conference Chair from Penn State Altoona. “Her vision, vocation, and world-renowned accomplishments truly embody the collision, juxtaposition, and interaction of art and science.”

McGonigal is a visionary game designer and futurist, using alternate reality games to conduct research, build communities, connect with markets, and solve real-world problems from curing disease to addressing issues of poverty, hunger, and a world without petroleum. She has created and deployed award-winning games in more than 30 countries on six continents and directed the world’s first massively multiplayer forecasting game, Superstruct, which brought together more than 7,000 future forecasters from 90 countries. She currently serves as Chief Creative Officer for SuperBetter Labs.

McGonigal’s New York Times bestselling book, Reality Is Broken: Why Games Make Us Better and How They Can Change the World, explores the power and future of gaming and reveals how its collaborative aspects are being used to solve some of the most difficult challenges facing humanity. Her personal goal is to see a game designer nominated for the Nobel Prize by 2023.

The New York Times featured McGonigal as one of 10 scientists with the best vision for what’s coming next; she earned Harvard Business Review honors for one of the Top 20 Breakthrough Ideas of 2008; BusinessWeek called her one of the Top 10 Innovators to Watch; and Fast Company named her one of the 100 Most Creative People in business.

About SIGGRAPH 2012
SIGGRAPH 2012 will bring thousands of computer graphics and interactive technology professionals from six continents to Los Angeles, California for the industry’s most respected technical and creative programs focusing on research, science, art, animation, music, gaming, interactivity, education, and the web from Sunday, 5 August through Thursday, 9 August 2012 at the Los Angeles Convention Center. SIGGRAPH 2012 includes a three-day exhibition of products and services from the computer graphics and interactive marketplace from 7-9 August 2012. More details are available at http://s2012.siggraph.org/ or on the SIGGRAPH 2012 Facebook and Twitter.


About ACM SIGGRAPH
The ACM Special Interest Group on Computer Graphics and Interactive Techniques www.siggraph.org is an interdisciplinary community interested in research, technology, and applications in computer graphics and interactive techniques. Members include researchers, developers and users from the technical, academic, business, and art communities. ACM SIGGRAPH enriches the computer graphics and interactive techniques community year-round through its conferences, global network of professional and student chapters, publications, and educational activities.


About ACM
ACM, the Association for Computing Machinery www.acm.org is the world’s largest educational and scientific computing society, uniting educators, researchers, and professionals to inspire dialogue, share resources, and address the field’s challenges. ACM strengthens the computing profession’s collective voice through strong leadership, promotion of the highest standards, and recognition of technical excellence. ACM supports the professional growth of its members by providing opportunities for lifelong learning, career development, and professional networking.

Joe Kleimanhttp://wwww.themedreality.com
Raised in San Diego on theme parks, zoos, and IMAX films, InPark's Senior Correspondent Joe Kleiman would expand his childhood loves into two decades as a projectionist and theater director within the giant screen industry. In addition to his work in commercial and museum operations, Joe has volunteered his time to animal husbandry at leading facilities in California and Texas and has played a leading management role for a number of performing arts companies. Joe previously served as News Editor and has remained a contributing author to InPark Magazine since 2011. HIs writing has also appeared in Sound & Communications, LF Examiner, Jim Hill Media, The Planetarian, Behind the Thrills, and MiceChat His blog, ThemedReality.com takes an unconventional look at the attractions industry. Follow on twitter @ThemesRenewed Joe lives in Sacramento, California with his wife, dog, and a ghost.
Share
Facebook
Twitter
Linkedin
Email
Print
WhatsApp
Pinterest
ReddIt
Tumblr
Previous articleNew Exhibit at Canadian War Museum Explores War of 1812 From Four Perspectives
Next articleCars Land and Buena Vista Street Bring New Adventures to Disney’s California Park

SIGGRAPH 2012 Announces Artwork to be Exhibited at Show