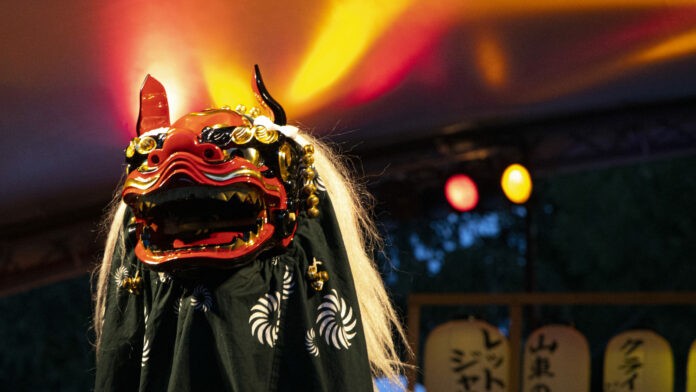 Since 1977, the Garden has proudly hosted this unique event in one of the largest Japanese gardens in North America. A prolific collaboration with several local Japanese-American organizations provides authentic Japanese music, art, dance, food and entertainment for thousands of visitors each year.

The three-day Labor Day weekend is filled with sights, sounds and experiences for the entire family, including martial arts demonstrations, taiko drumming and traditional Japanese fare.

Seiwa-en, the “garden of pure, clear harmony and peace,” takes center stage for the weekend’s festivities. A lively opening ceremony kicks off the celebration at 10 a.m. Saturday morning in the Japanese Garden, featuring a performance by the St. Louis Osuwa Taiko drummers and St. Louis Okinawa Eisa.

This year, the Garden once again welcomes sumo wrestling, a fan-favorite feature.

Sumo, Japan’s national sport, is a form of full-contact wrestling. It originated in ancient times as religious performances to the Shinto gods. Many ancient rituals are still followed. The basic rules of sumo are simple: the losing wrestler (rikishi) is the one who first touches the floor with something other than the sole of his foot or leaves the ring (dohyo) before his opponent.

Japanese Festival will offer an array of other demonstrations, activities and tours for all ages and interests.

Watch martial arts demonstrations, a tea demonstration and an Okashi cosplay fashion show. Kids can take in the Storyteller’s Juubako in the Children’s Garden.

The private Teahouse Island of the Japanese Garden will be open for guided public tours. Normally closed to the public, visitors can see the Garden’s soan, the farm hut-style teahouse, which was a gift from Missouri’s sister state of Nagano prefecture in Japan. Originally built in Japan, the teahouse was reassembled on-site by Japanese craftsmen and dedicated during a Shinto ceremony in 1977. Visitors can also see a snow-viewing lantern, yukimi-doro, a gift from St. Louis’ sister city of Suwa, Japan.

At 8 p.m. on Saturday and Sunday, lanterns will be lit and set afloat on the lake at Seiwa-en.