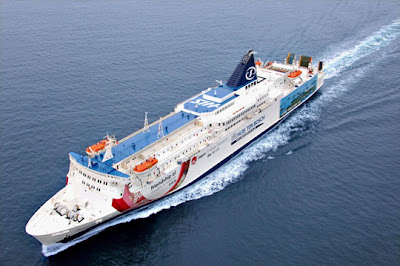 “HTB Cruise, a subsidiary of theme park operator Huis Ten Bosch Co., aims to have 100,000 passengers board the ferry annually and boost the number of Chinese visitors to the Dutch theme park in Sasebo, Nagasaki Prefecture.

“The company will operate one round trip per week until mid-March and increase the frequency to twice a week through the end of May.

“The number of passengers will be limited to around 300 to 400 until the vessel’s cabins are renovated by June, after which it will be able to accommodate about 1,000 people, the company said, adding that some 230 reservations came in for Wednesday’s inaugural cruise.”

Joe Kleimanhttp://wwww.themedreality.com
Raised in San Diego on theme parks, zoos, and IMAX films, InPark's Senior Correspondent Joe Kleiman would expand his childhood loves into two decades as a projectionist and theater director within the giant screen industry. In addition to his work in commercial and museum operations, Joe has volunteered his time to animal husbandry at leading facilities in California and Texas and has played a leading management role for a number of performing arts companies. Joe previously served as News Editor and has remained a contributing author to InPark Magazine since 2011. HIs writing has also appeared in Sound & Communications, LF Examiner, Jim Hill Media, The Planetarian, Behind the Thrills, and MiceChat His blog, ThemedReality.com takes an unconventional look at the attractions industry. Follow on twitter @ThemesRenewed Joe lives in Sacramento, California with his wife, dog, and a ghost.
Share
Facebook
Twitter
Linkedin
Email
Print
WhatsApp
Pinterest
ReddIt
Tumblr
Previous article
Planetarium designer/consultant Phil Groce shares his view of how facilities can make the most of their theatrical facilities – fulldome or otherwise
Next article
ELM Completes Master Plan For South Dakota’s Bramble Park Zoo