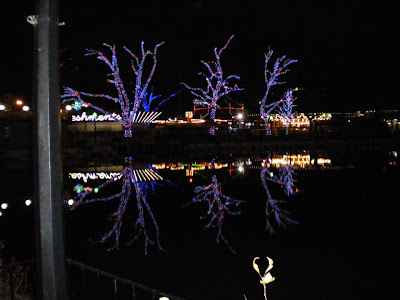 In addition, the National Amusement Park Historical Association (NAPHA) released the results of its 26th Annual NAPHA Amusement Park and Attractions Survey and named Kennywood as Favorite Traditional Amusement Park. NAPHA members are experienced riders who have visited countless amusement parks and have ridden a diverse assortment of roller coasters and other rides. The average member has been to more than 100 amusement parks and has ridden more than 300 roller coasters. The NAPHA survey results list their favorites.

“We are honored to be recognized by both our guests and industry experts like NAPHA,” says Kennywood’s General Manager Jerome Gibas. “This season marks our 115th summer and our continued commitment to giving our guests new and exciting experiences while maintaining a traditional, family friendly atmosphere.”

Kennywood opens for the 2012 season on May 5. Following opening day, Kennywood is open May 12, 13 and daily starting on May 17, 2012. For complete details on dates, times and prices, visit http://www.kennywood.com.

Now in its fifth year, the About.com Readers’ Choice Awards honor the best products, features and services across more than a dozen categories, ranging from technology to hobbies to parenting and more, as selected by its readers. To view the Best Theme Park Holiday Event of 2011 award and all award winners, please visit http://awards.about.com/

The National Amusement Park Historical Association, founded in 1978, is an international, educational and enthusiast organization dedicated to preserving and documenting the heritage of the amusement park industry, past, present and future. For more information about the survey or about NAPHA, please contact Marlowe McClasky Futrell, Survey Coordinator, at (412) 831-6315 , marlowemmc(at)gmail(dot)com or go to http://www.napha.org.

Joe Kleimanhttp://wwww.themedreality.com
Raised in San Diego on theme parks, zoos, and IMAX films, InPark's Senior Correspondent Joe Kleiman would expand his childhood loves into two decades as a projectionist and theater director within the giant screen industry. In addition to his work in commercial and museum operations, Joe has volunteered his time to animal husbandry at leading facilities in California and Texas and has played a leading management role for a number of performing arts companies. Joe previously served as News Editor and has remained a contributing author to InPark Magazine since 2011. HIs writing has also appeared in Sound & Communications, LF Examiner, Jim Hill Media, The Planetarian, Behind the Thrills, and MiceChat His blog, ThemedReality.com takes an unconventional look at the attractions industry. Follow on twitter @ThemesRenewed Joe lives in Sacramento, California with his wife, dog, and a ghost.
Share
Facebook
Twitter
Linkedin
Email
Print
WhatsApp
Pinterest
ReddIt
Tumblr
Previous articleNew Dupont Glass Being Applied in Top International Zoological and Botanical Projects
Next articlePhoenix Zoo CEO Nominated to National Museum and Library Services Board