Kevin Murphy on his new role at Attraktion! 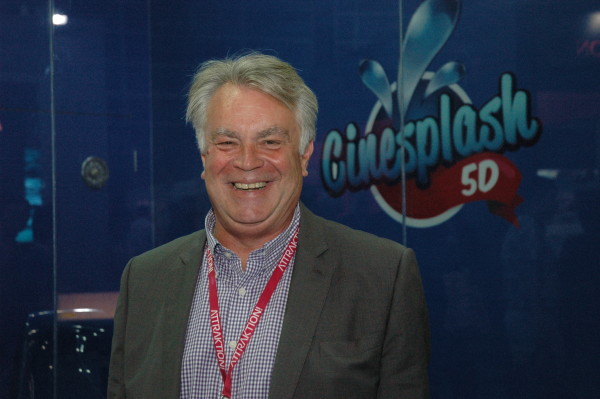 Last week, Attraktion! announced Kevin Murphy would be the company’s new VP of Sales. Most recently, Kevin worked at Event Communications and Electrosonic. InPark’s Martin Palicki met up with Kevin at Attraktion!’s booth at AAE in Hong Kong.

The new job came about last year when founder Markus Beyr asked Kevin if he would consider joining Attraktion! and provide sales strategy and skills in the industry.

Kevin is excited about the move. In recent years he focused on museums and special venues but this move “takes me back to the world we know and love: the fun world!”

“One cannot deny the growth of the entertainment industry,” says Kevin. “Entertainment venues are funded by commerce, unlike many cultural institutions that rely on uneven government funding.”

Attraktion! is currently doing a lot of work in Asia. Kevin will help to grow that market but will also focus on European sales. His key focus? Bigger projects.

“This is a company based on creative technology products,” explains Kevin. “But my job is to help people understand that there is a creative expertise behind this that benefits projects on a larger scale.” 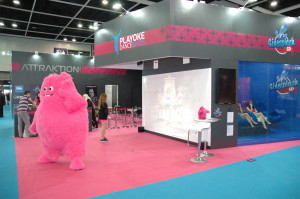 Attraktion! is not focused on master planning, but it is set up to pull in the right people for the right projects. Case in point: the company’s partnership with Intamin to develop the Dome Ride Theater currently in development for Xian, China (expected to open in 2017 or 2018). The second Dome Ride Theater is in the works for a location to be announced in Asia. That project will include an IP-based show. Kevin’s extensive contacts throughout the industry will only serve to help this collaborative model.

“We believe that technology is the medium for the story,” says Kevin.”This is the same mantra we had 25 years ago, but now it is coming true.”

Kevin refers to himself as “an old name (Kevin) in a new name (Attraktion!), but still fresh and with fresh ideas.” When asked if he really wanted to call himself an “old name” Kevin quickly responded: “There’s nothing wrong with being old, as long as you’re not stale.”

Kevin Murphy will be based in the UK but will be traveling and making use of the company’s offices in Berlin and Vienna as well.