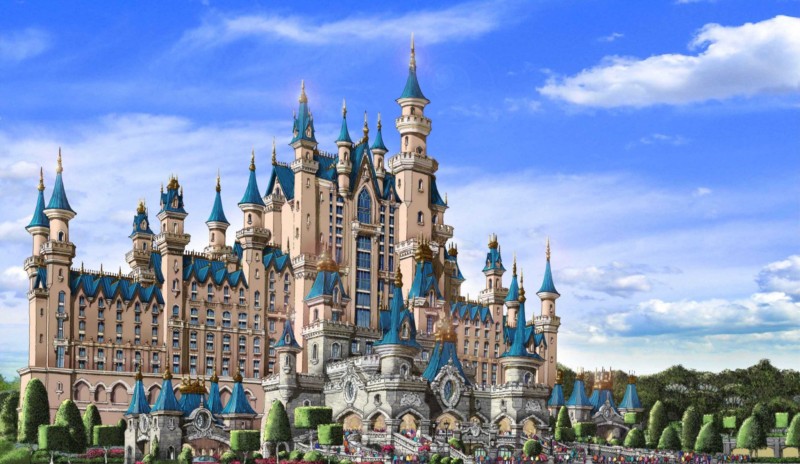 as foreign markets continue to grow in importance, Gary Goddard and his team shed light on their approach to tackling international projects

Gary Goddard and his associates at the Goddard Group are no strangers to the perils of working in overseas markets, having completed design contracts for projects in six different countries in the last year alone.

“Since 2009, roughly 80% of our work has been in foreign markets,” says Goddard. That’s in sharp contrast to the pre-recession days when his firm was leading multiple projects for domestic companies like Hershey’s and Six Flags.

With so much work in emerging markets, how does Goddard navigate the complex and distinct nuances of each culture? According to him, the answer is simple. “Quality,” he says curtly. “It’s that simple. Quality is universal.”

“Great entertainment transcends cultural barriers. When you look at all the most successful entertainment brands and products like Avatar, Cirque du Soleil, Disney’s theme parks, the Lion King musical, and so on, it doesn’t matter where in the world they are – people instinctually and enthusiastically respond to them. Each one of those taps into something deeper within the human spirit, and that’s what we aim to do in each of our projects.”

Goddard notes that key to maintaining his “gold standard” is his company’s unique staffing plan, which he says stands in contrast to other models. “My way of working has always been to have 3 A-players instead of 20 C-players. If a client shows us the respect of paying the premium to hire us, in turn we need to show them the same respect and make sure they get what they pay for.”

The last few years have seen several high-profile openings for Goddard throughout Asia, including the debut of the $2.6 billion dollar Galaxy Macau resort in 2011, the Shenfu Ring of Life monument in 2012, and several attractions at South Korea’s Lotte World this year.

Taylor Jeffs, Goddard Group’s Director of Design, cites trends towards upscale experiences as a guiding factor in the company’s current slate of work. “In the last decade, we’ve seen massive success from non-traditional premium experiences. Lucky Strike upped the ante for bowling alleys, Arclight improved the movie theater experience, so why should we assume that a theme park should be any different?”

That trend, he adds, is best represented at Lotte World where the company is enjoying a multi-project collaboration with the Seoul-based park. “Lotte World was very lucky to gain a new park president last year who has a genuine appreciation for quality. He came from the company’s department store division, so he fundamentally understands the theater of design, and the importance of placing people in stimulating and well-crafted environments.”

In October, Lotte World debuted the “Jumping Fish” family ride, and quickly followed it up with an interactive theatre show called “Do You Speak Beluga?” In the coming months, three more Goddard-designed projects are set to debut at the park, including a new themed zone called “Underland” as well as two yet-to-be-announced attractions.

“The Lotte World collaboration is a unique opportunity for us, and for them. Because of Disney’s geographical exclusivity with the Shanghai government, it’s unlikely that we’ll see the previously planned Seoul Disney anytime soon. Because of this, working together on a unified course, we see a chance to eventually become the ‘Disney’ of Korea, and each new attraction we debut brings us closer to that goal,” adds Jeffs.

Goddard’s international track record hasn’t been limited to Asia. This past month the Goddard Group celebrated the fifth anniversary of its “Magic Light Parade” at Six Flags Mexico. Following its premiere at the Mexico City park in March 2008, the parade went on to be rolled out at five more parks across the Six Flags chain as the “Glow in the Park parade”, and ultimately went on to become the most successful regional theme park production of all time, playing over

“The fact that the parade continues to be one of the park’s most popular attractions is a huge testament to our design philosophy. With that one, we really aimed to elevate what guests could expect from entertainment at a regional park,” says Goddard, adding that the design team targeted talent not normally associated with the theme park industry. “We engaged Rose Parade-designer Raul Rodriguez as the lead Production Designer, and brought on Benoit Jutras of Cirque du Soleil-fame to create the original score.”

The result? “It was electric- no pun intended,” says Goddard. “It worked at every park it played- guests universally loved it.” He notes, however, that one cultural issue did arise. “We had to re-record the score’s vocal track in Spanish post-opening. We anticipated that the English might not fly and had a ‘cirque-ish’ track ready on standby, but the audience made it clear during the first few performances that they wanted to hear it in their native language.”

So what does the future hold for experience-based entertainment?

“Without revealing too much, we have some things coming down the pike that we believe will be transformative- one in Macau and one in Korea in particular,” says Goddard.

“Overseas clients and consumers are sophisticated, and that has offered us the chance to really try and push the bar in ways that would be prohibitive in America,” Goddard adds, citing the massive costs associated with constructing projects like Galaxy and the Ring of Life.  “It’s our job and our responsibility to advance the medium. Too many designers are held back by antiquated ideas established decades ago. Working in emerging markets where construction costs are lower and clients are desperate to stand out has truly made this one of the most exciting periods our industry has ever experienced.” • • •