Leader of the pack: IAAPA 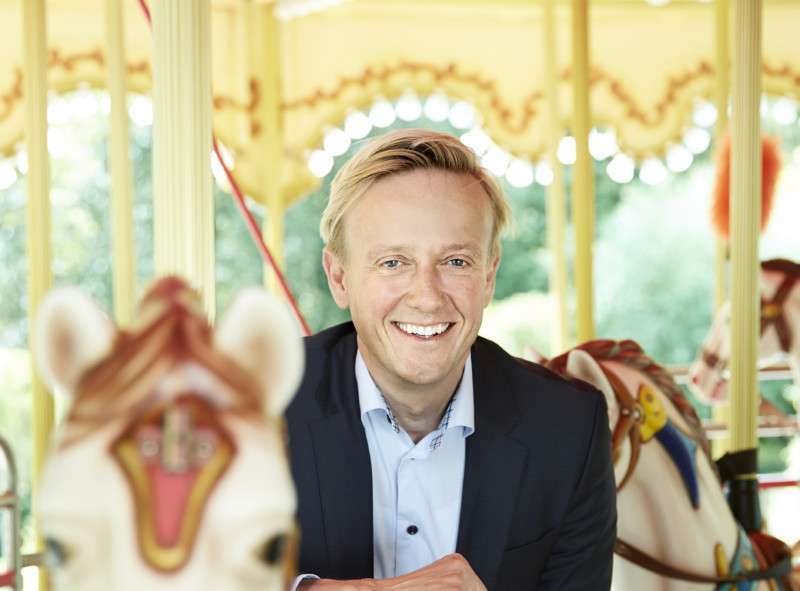 Martin Palicki speaks with Andreas Veilstrup Andersen, IAAPA’s incoming chairperson of the board

When and how did you first become interested in the industry?

The interest has always been there. I had a huge fascination with amusement parks as a child and young adult, but it was not until the emergence of the internet that I realized I was not the only one in the world with this particular interest. And it was not until I got my first real job, after university, that I could afford to travel the world, pursuing it as a hobby.

What career path in the industry led you to where you are today?

I graduated from Law School in 1996 – and later added a degree in Financial and Accounting Management, because I didn’t really like law that much. But it was not until 1999, after working four years at the Danish Ministry of Finance, that I got my first shot at the industry. I applied for, and got, the job as a company lawyer at Tivoli Gardens in Copenhagen. One thing led to another, and here I am, almost 20 years later. My mother still occasionally asks me when I will get a real job.

How did you first become involved in IAAPA?

In my first job at Tivoli Gardens, I also looked after the Danish Association of Amusement Parks, FFD. And through that, I got involved with IAAPA early on. It was also through this work with FFD and IAAPA that I realized how important it is to have a strong voice representing the industry, both on a regional and a global level.

What led you to become more involved on the board of directors?

I worked for IAAPA, relaunching the European Office in 2008 – 2010, together with Karen Staley, the former Senior VP of IAAPA Europe (currently Senior VP of IAAPA North America Operations). Through that work I got a good sense of the inner workings of the association. I am a huge believer in IAAPA’s mission, and although there is always an element of personal ambition when being involved as a volunteer, I – quite frankly – want to make a difference and give back to an industry that I love, and that has given me so much.

What do you think are the primary responsibilities of the chairperson?

IAAPA would be nothing without its staff. Being on the board of directors (or really any IAAPA committee) your primary responsibility is to support the people that the association employs. That being said, the chairperson’s role goes a bit further, and I think one of the main objectives of the chair is to help facilitate constructive discussions on the board, and through that drive the association’s agenda forward.

What do you hope to accomplish during your time as chairperson?

Being part of an association governed by volunteers is very much a team sport, and I think it would be presumptuous to think that I, alone, can drive a specific agenda. Especially in times where there is so much going on already, from the HQ move to Orlando to IAAPA expanding into new regions and constituencies at a fast pace. That being said, I hope to help support the continued globalization of IAAPA. And I would like us as an association to work much more fiercely on embracing the sustainability agenda – an agenda I care a lot about, and that I think can have a huge impact on our industry in a few years’ time.

What skills do you think you bring to the table for the IAAPA organization?

Being Danish, and rather direct, I guess it is not well developed diplomatic skills that I bring to the table! Seriously, though, having worked in so many roles and capacities in the industry over the last almost 20 years, I do think that I bring a lot of knowledge with me…and passion! I really love this industry. And I really love the association.

What parks do you most enjoy visiting?

I guess it has changed over the years. When I started travelling and visiting parks, I was really looking for the thrills, the wows, the immersion. In other words, behaving like any other park guest. Today, I have a hard time not wearing the professional cap while visiting a park. I look at operations, signage, logistics and all the nuts and bolts. In that sense, I guess I have lost a hobby.

What makes you say “wow”?

I appreciate creativity. I’m “wow”ed when I experience something really unexpected or clever. It does not have to be the biggest, most technologically advanced, most expensive or flashiest, but anything smart, with a creative or artistic flair, will win me over.

What challenges do you see the industry facing in the near future and how do you suggest we address them?

I think the sustainability agenda will become increasingly important, and with that I mean sustainability in the broad sense, not just the environmental. The ongoing and escalating discussions on animals in human care or the increasing importance of safety of products and services are examples of this agenda knocking on the door. As an association we can address it the same way as we address safety – sharing of best practices, education, standards, anything that can lift the general knowledge curve.

What would the readers of InPark be most interested to learn about you?

I am a big foodie. And therefore, an enthusiastic runner. I have to balance it, because I just love to eat. A lot. All the time. To an extent where I can almost embarrass myself. But I am pretty much a ‘what you see is what you get’ kind of guy. •

Joe Kleimanhttp://wwww.themedreality.com
Raised in San Diego on theme parks, zoos, and IMAX films, InPark's Senior Correspondent Joe Kleiman would expand his childhood loves into two decades as a projectionist and theater director within the giant screen industry. In addition to his work in commercial and museum operations, Joe has volunteered his time to animal husbandry at leading facilities in California and Texas and has played a leading management role for a number of performing arts companies. Joe previously served as News Editor and has remained a contributing author to InPark Magazine since 2011. HIs writing has also appeared in Sound & Communications, LF Examiner, Jim Hill Media, The Planetarian, Behind the Thrills, and MiceChat His blog, ThemedReality.com takes an unconventional look at the attractions industry. Follow on twitter @ThemesRenewed Joe lives in Sacramento, California with his wife, dog, and a ghost.
Share
Facebook
Twitter
Linkedin
Email
Print
WhatsApp
Pinterest
ReddIt
Tumblr
Previous articleEnjoy the dark ride: Alterface
Next articleIssue 70 Editorials