Four industry trailblazers passed away in recent months: Marty Sklar (pictured above), Ivan Dryer, Ira West and George Casey.  The legacy of their creative innovations will endure within the themed entertainment industry. They touched lives, careers and industries. On behalf of InPark Magazine, we express condolences to those they left behind while celebrating their accomplishments and contributions.

Theme park designer Ira West passed away May 21, 2017 at the age of 78. As President and CEO of R. Duell & Associates, his many projects ranged from park design for the first three Six Flags branded parks, the two Great America Parks, Hersheypark, Worlds of Fun, Carowinds, and Parc Asterix – to theming and layout of groundbreaking rides such as Great America’s Demon roller coasters and Magic Mountain’s Revolution roller coaster and Raging Rapids water ride.

West’s legacy is that he helped raise the bar for regional parks. His designs delivered a unique hybrid of traditional amusement/ride park and thematic elements, enabling the parks to approach the kind of quality more generally associated with big destination properties.

Documentary filmmaker George Casey passed away June 3, 2017, at age 84. Casey studied film at UCLA and USC, eventually joining with Les Novros at Graphic Films and quickly moving into specialty formats. Ammiel Najar, a producer with Graphic Films, shared with InPark: “George was passionate about the dome. When people were shooting, he framed his films to play on a dome first. He felt the dome had an experiential point to it – it was almost like 3D, very immersive to him.”

Casey would go on to direct almost a dozen documentaries for giant-screen presentation (most often associated with the 15/70 format created by IMAX Corp.) two of which garnered him Oscar nominations – “Alaska: Spirit of the Wild” and “The Eruption of Mount St. Helens,” the first 15/70 film to receive an Oscar nomination). His film style would influence documentaries appearing for decades in theaters and on the small screen, and even Disney’s “The Lion King.” His work provided inspiration to a new generation of documentary filmmakers, among them, his son Sean, who would go on to film the inside of a tornado with an IMAX camera. 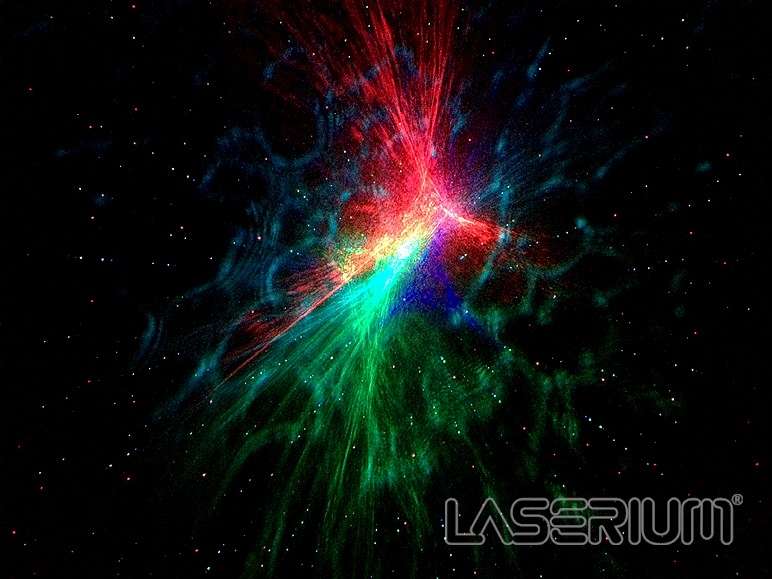 Laserium founder Ivan Dryer passed away July 27, 2017 at age 78. The first Laserium show took place in 1973 at the Griffith Observatory and soon after, the concept of combining laser animations on a dome screen with music became an international sensation. Eventually, Dryer’s Laserium shows would be seen in 46 cities worldwide. In 2013, Dryer received a lifetime achievement award from IMERSA for his impact on the industry.

Dryer created something unprecedented and unique when he combined laser projection, music, and a dome screen. In addition to this pioneering creative and technical achievement, he also did something unprecedented for planetariums and science centers: Laserium showed that these facilities could be used as entertainment venues, increasing attendance and generating revenue. From rock concerts to nighttime spectacles at theme parks and world’s fairs, and on to the new realm of projection mapping, Dryer’s influence carries on with presentations where light becomes an actor.

Disney Legend Marty Sklar was an enormous influence on the theme park industry and a beloved, familiar presence with colleagues and fans alike. He passed away July 27, 2017 at 83. A senior statesman of Walt Disney Imagineering, Sklar started his career at Disney by editing “The Disneyland News,” which would lead to a stint as Walt Disney’s speech writer and the screenwriter of the EPCOT film presented to the Florida Legislature, pivotal in the establishment of Walt Disney World. Sklar worked in one capacity or another, often overseeing creative elements, on every single Disney park to date. His touches are prevalent within parks as diverse as Epcot and Disneyland Paris.

Sklar loved creativity, telling InPark in a 2013 interview that one of his favorite pasttimes was to meet to with friends and colleagues for informal charrettes, creating innovative solutions to unique problems. He was heavily involved in the Themed Entertainment Association (TEA) and the TEA Thea Awards, and believed strongly in the concept of mentoring – one generation sharing its knowledge and expertise with the next.

Sklar saw the potential in youth and the importance of creativity in young people. One of his favorite projects was the redesign of the lobby at Los Angeles Children’s Hospital, completely accomplished through the volunteer efforts of those in the themed entertainment community. He was a co-founder of Ryman Arts, the arts education foundation named after his late friend and colleague Herb Ryman. As Diane Brigham, Ryman Arts Executive Director, pointed out: “…we at Ryman Arts experienced another side of this amazing man:  his commitment to educating young people and his fierce insistence that all students, especially the most vulnerable, deserve the highest quality education…he always put students first and understood the power of art to change lives.”

Joe Kleimanhttp://wwww.themedreality.com
Raised in San Diego on theme parks, zoos, and IMAX films, InPark's Senior Correspondent Joe Kleiman would expand his childhood loves into two decades as a projectionist and theater director within the giant screen industry. In addition to his work in commercial and museum operations, Joe has volunteered his time to animal husbandry at leading facilities in California and Texas and has played a leading management role for a number of performing arts companies. Joe previously served as News Editor and has remained a contributing author to InPark Magazine since 2011. HIs writing has also appeared in Sound & Communications, LF Examiner, Jim Hill Media, The Planetarian, Behind the Thrills, and MiceChat His blog, ThemedReality.com takes an unconventional look at the attractions industry. Follow on twitter @ThemesRenewed Joe lives in Sacramento, California with his wife, dog, and a ghost.
Share
Facebook
Twitter
Linkedin
Email
Print
WhatsApp
Pinterest
ReddIt
Tumblr
Previous articleAV Stumpfl Takes Computer Gaming Big League at Cyberspace
Next articleVR Comes for Limited Time to La Ronde’s Space Shot Ride “Orbite”