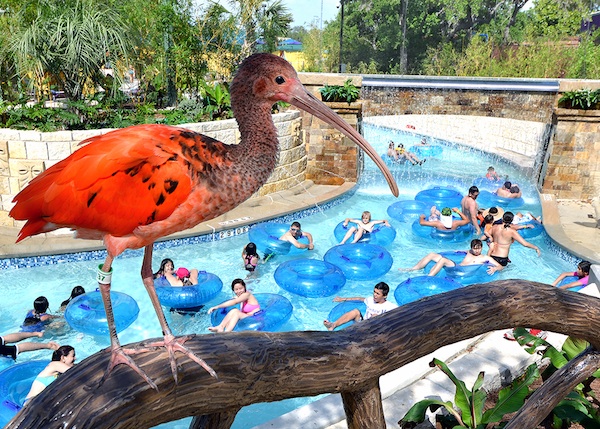 “A recipe for both” – Looping Group

How does a regional park differentiate itself within its market, and work to ensure repeat visitation of locals while also engaging tourists?  Looping Group, integrated waterpark attractions into the company’s existing theme parks.

Looping Group was founded in early 2011 when investment firm HIG Capital France purchased a portfolio of seven attractions from Compagnie des Alpes (CDA). Included in the sale were: Bagatelle Park, the Aquarium at Saint Malo, the Mini Château Park and Val de Loire Aquarium, all in France; the Bouveret waterpark in Switzerland; Avonturenpark Hellendoorn in the Netherlands; and Pleasurewood Hills in the United Kingdom. In 2012, Cobac Park in France was added and in 2013, Isla Magica in Sevilla, Spain joined the company’s portfolio. 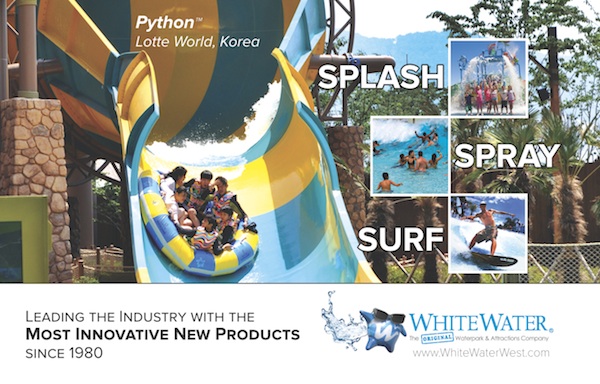 Beginning in 2013, Looping Group worked in conjunction with Polin, a leading supplier of interactive water attractions, to integrate these new waterparks into two of its theme parks – Avonturenpark Hellendoorn and Isla Magica. According to Laurent Bruloy, CEO of Looping Group, “We know that these waterslides will help build guest loyalty because they are unique and thrilling.”

Guillermo Cruz, the General Manager of Isla Magica’s waterpark, Aqua Magica, adds another key benefit of the water attractions, “Waterslides and water play structure are appealing to families who might not otherwise be interested in the ‘typical’ theme park experience. After all, a waterpark allows guests to spend much more time together than most theme parks.” 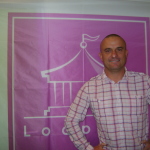 Although CDA is no longer an investor in Looping Group, they influenced our strategy in a certain way in the beginning, mainly because they did such a great job at all their sites.

How does Looping Group differentiate itself from its Spanish competition?

We can say our business model is really a mix between CDA and the major Spanish companies (Parques Reunidos and Aspro for example) but is focused on regional parks. It means every operation is close to the local management.

You recently added full-scale waterparks with the assistance of Polin to two of your existing theme parks. How have these additions affected visitation numbers?

Waterparks / slideparks added to our existing theme parks significantly increased attendance and revenues of both Avonturenpark in Hellendoorn, Netherlands and Isla Magica in Sevilla, Spain.

Why choose waterparks, given that the summer season in Europe is relatively short?

In Sevilla, we operate a real, full-scale waterpark in Southern European weather, and in Hellendoorn where we operate a slide park in Northern Europe with a very short peak season. Yet in both cases it’s clear the waterpark business model is a perfect tie-in with the theme park for improving profitability. We consider this to be at the heart of Looping Group’s innovation and what makes the difference between us and our competitors.

The waterparks are an upcharge experience on top of admission to the theme park. Why was this approach taken rather than operating them as a second gate? How has the guest response been to this strategy?

Asking about one or two gates is like asking “To be or not to be”… For economic reasons and based on our guest’s needs and experiences, the one-gate concept is better than a completely separate gate because visitors feel they are at an all-inclusive resort. But it depends on the market and in our case Isla Magica is different than Hellendoorn. You have to choose between a lot of visitors (one gate/all-inclusive) or less (two gates/two rates) but with higher margin…We have a recipe that uses both… 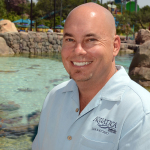 Another company that has found success integrating a waterpark inside a theme park is SeaWorld, which in 2012 transformed its existing Lost Lagoon waterpark in San Antonio into the company’s Aquatica brand. As part of the brand change, the waterpark changed from being free with admission to the main marine life park to imposing an upcharge.

According to Tim Morrow, Vice President of SeaWorld San Antonio and General Manager of Aquatica, “Re-theming of the existing areas of Lost Lagoon into the Aquatica brand was quite a challenge. We focused on keeping the attractions and areas that our guests loved and revitalizing them. We elected to keep many existing waterpark areas, and we basically doubled the size with many new attractions including first-of-their-kind slides, resort pools, swim-up bar, 42,000 square feet of white sand beaches, animals at every turn and much more. It truly became a new waterpark.”

The Aquatica parks are unique in their integration of live animals into the guest experience. Aquatica San Antonio took its cue from SeaWorld’s Discovery Cove, which Morrow refers to as “a hybrid waterpark” complete with elaborate animal interactions. “I was part of the opening team of Discovery Cove and wanted to bring that feel to Texas,” said Morrow. “We deliberately worked to create our Aquatica in Texas to have much of the aesthetics of both Discovery Cove and Aquatica Orlando. We really focused on the resort feel of a waterpark and especially the interactive aspects. Our reef and ray interaction and aviary are very similar to the past and present attractions at Discovery Cove.”

Morrow pointed out that Aquatica San Antonio is home to nearly 1,000 animals, including fish, stingrays, birds, tortoises and more. “We created Stingray Falls to allow guests to experience our Ke-Re Reef in multiple ways. Guest can view, touch, feed, ride underwater in a family raft ride, or get in the water and actually wade with stingrays.” Roa’s Aviary, which opened in 2014, is an interactive, free flight aviary that features 50 species and some 300 birds, and offers many ways to experience the birds. Guests can float, walk or swim into the aviary through Loggerhead Lane river, enter through a resort pool or walk in through the aviary pathways.

One specific driver for the park is its dedication to cater to the family dynamic. Morrow elaborates on this strategy: “All of the new attractions we have added since we built Aquatica in 2012 have been family oriented. This is what our guests tell us they are looking for and we want them to have these shared experiences and memories here.”

Each Aquatica park has its own animal elements and attractions and the company is planning more overseas with its plans to expand the SeaWorld brands into a number of territories, including the Middle East, Eastern Europe and Asia, some of which is covered in the next segment.

Recently, as part of its international expansion strategy, SeaWorld Parks & Entertainment signed a letter of intent with Australia’s Village Roadshow Parks to develop new parks in Asia, India, and Russia.

Already experienced in foreign park operations through investments in Wet ‘n’ Wild parks in Phoenix and Hawai’i, the company recently opened two new waterparks under the brand in Las Vegas and Sydney. Additionally, two waterparks are currently in the works in China: a Wet ‘n’ Wild park on Hainan Island which will adjoin Village Roadshow’s Ocean Paradise marine life park, both slated for a 2016 opening, and an unnamed waterpark in Gunaxi Provence.

Village Roadshow is also designing and will operate a Twentieth Century Fox-themed park in South Korea, and is presently in discussions for a number of projects in China and Malaysia. 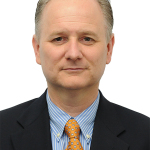 A Wet ‘n’ Wild park is planned as part of the Ocean Paradise resort under construction on Hainan Island. Will this and other Asian parks under the Wet ‘n’ Wild brand resemble the new parks in Las Vegas and Sydney? What unique elements will there be?

Wet ‘n’ Wild Hainan is currently under construction as part of the Ocean Paradise resort. While there are similarities to our recent water park developments in Las Vegas and Sydney, all Wet ’n’Wild parks have their own style and character. This is one of the things that makes visiting a Wet ’n’Wild park a unique and enjoyable experience.

Does Village Roadshow have the rights to other parks in the South Korean resort area that will house the FOX World park?

Currently our primary focus is working with our partners on the development of Twentieth Century Fox World Korea. However, we look forward to being able to explore other opportunities within the market in the future.

Under the letter of intent with SeaWorld, how will ownership, design, and operation of new parks be split or shared between the two companies?

We continue to work with our colleagues at SeaWorld Parks & Entertainment to fully define details of our partnership in the China, India and Russia markets.

With Hainan being the first, how many locations are feasible for Village Roadshow projects in China before the market starts to hit saturation?

There are a number of great opportunities in the China market. We continue to be very excited about what the future holds for Village Roadshow Theme Parks in China, and the greater Asia market.

What types of cultural considerations must be made for designing and operating parks outside the US & Australia?

We fully appreciate the cultural differences between countries, and the need to be sensitive to those differences in the various aspects of planning, design, product mix, and operation. As examples, we know that shows are preferred over rides in some Asian countries and there are distinct differences with regard to food preferences.  • • •