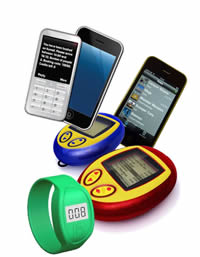 Twyford, UK (October 11, 2012) — Lo-Q plc, the provider of virtual queuing systems for theme parks and major attractions, is pleased  to announce that it has signed a  new  agreement with  Compagnie des Alpes,  a France-based holding company active in the tourism and leisure industry, to bring Q-smart, Lo-Q’s new patented smartphone-based queuing solution, to Walibi Holland, one of the Netherland’s top theme parks.

Following the successful trial of Lo-Q’s Q-smart solution at a North American Park during Summer 2012, Compagnie des Alpes have decided to install the system at their Walibi park in the Netherlands. Under the terms of the 3 year agreement, Lo-Q will be installing the system at Walibi Holland in time for the Halloween season, traditionally one of the busiest periods at the park.

Lo-Q’s smartphone-based solution, Q-smart, represents an exciting evolution of Lo-Q’s existing, tried-and-tested Q-bot queuing  system.  Q-smart puts virtual queuing technology straight onto a smartphone optimised mobile website and combines it with mobile payment features. As a result, guests are able to take advantage of the service without the need to visit an onsite sales office to pick up and pay for a Qbot system.  The technical solution is “Cloud” based which significantly reduces the cost of  infrastructure installations at customer sites whilst also improving the in park guest experience.

Lo-Q has also announced that it has signed a new agreement (the “Agreement”) with a major US theme park operator.

About Lo-Q
Lo-Q is the creator of a virtual queuing system for theme parks, water parks and other leisure attractions that allows users to queue without waiting in line. Lo-Q users reserve their place in a queue electronically and are notified when their turn is up,  spending less time queuing and more time enjoying their day out.

Lo-Q’s system has been adopted by leading theme park and attraction operators globally, with customers including Parques Reunidos, Six Flags, Dollywood, Merlin Entertainments and Compagnie des Alpes. These operators benefit not only from happier customers but also from additional revenue streams as time previously spent queuing is instead transformed into higher spending in park restaurants, gift shops and other retail facilities. By the end of 2011, more than eight million individuals had used a Lo-Q product and that number is growing.

Joe Kleimanhttp://wwww.themedreality.com
Raised in San Diego on theme parks, zoos, and IMAX films, InPark's Senior Correspondent Joe Kleiman would expand his childhood loves into two decades as a projectionist and theater director within the giant screen industry. In addition to his work in commercial and museum operations, Joe has volunteered his time to animal husbandry at leading facilities in California and Texas and has played a leading management role for a number of performing arts companies. Joe previously served as News Editor and has remained a contributing author to InPark Magazine since 2011. HIs writing has also appeared in Sound & Communications, LF Examiner, Jim Hill Media, The Planetarian, Behind the Thrills, and MiceChat His blog, ThemedReality.com takes an unconventional look at the attractions industry. Follow on twitter @ThemesRenewed Joe lives in Sacramento, California with his wife, dog, and a ghost.
Share
Facebook
Twitter
Linkedin
Email
Print
WhatsApp
Pinterest
ReddIt
Tumblr
Previous articleSeaWorld San Diego to Redefine Main Entrance With Animal Experiences
Next articleVIDEO: Six Flags Over Texas Implodes Classic Texas Chute Out Parachute Drop Attraction