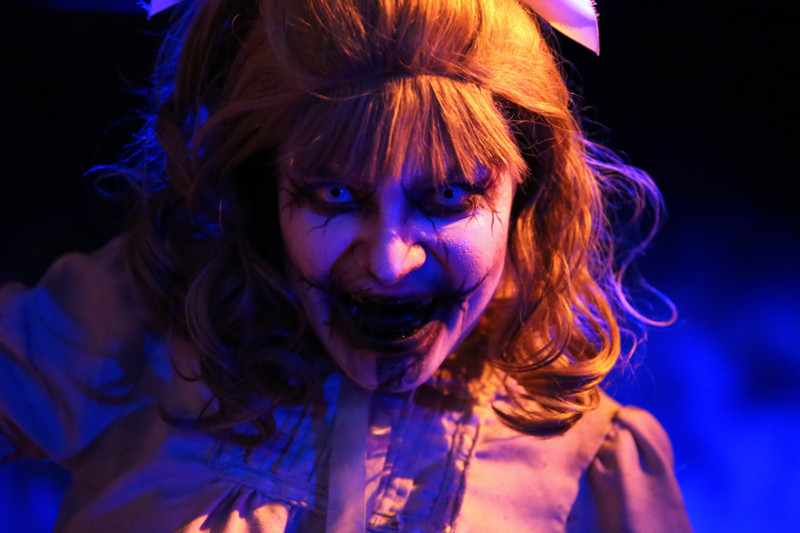 Halloween in Southern California is a unique animal. The season that has become a $10 billion worldwide industry as it has expanded throughout Europe and Asia over the last decade or so has significant roots in the greater Los Angeles area. Here’s how:

From cinema to theme parks

Hollywood: Universal unleashed pop culture’s classic movie monsters from the 1920s to the ‘50s. Then in the ‘70s and ‘80s, the horror genre experienced a popularity revolution by way of Michael Myers, Jason Voorhees, and Freddy Krueger.

The stories moved across platforms to spawn intense video games and themed entertainment experiences. In 1973, a group of Knott’s Berry Farm employees pitched the idea to management for a “Halloween Haunt” overlay for the theme park in Buena Park; nothing crazy – just a fun nod to the holiday. Forty-five seasons later, Knott’s Scary Farm is one of the largest major theme park haunts in the world, spanning more than 30 nights each year between September and November.

We consider Knott’s as the birthplace of theme park Halloween events. Decades later, it is still at the top of its game, nightly entertaining thousands of dedicated fans when the season rolls around. Following in the footsteps of Knott’s, theme parks in Southern California and across the US have gotten into the act, from Disneyland Resort to Universal Orlando, each with its own unique flavor and fan base.

In the ‘70s and ‘80s, when October rolled around haunted houses in SoCal were often organized by community organizations such as the March of Dimes, or boys and girls clubs – even churches.

At the same time, the home haunt genre began to mature: yard displays started to outgrow the colored-light-on-the-porch-and-scratchy-record-playing-spooky-sound-effects era. A good example from 1973 was the Hallowed Haunting Grounds, created by a group of friends in Studio City. This was an elaborate collection of home-made sets, optical illusions, and animated props inspired by Disneyland’s Haunted Mansion. The Hallowed Haunting Grounds took the art of home haunts to an entirely new level, and it remained a local champion until 2005, when it faded into the history books. Today, it is not uncommon to see heartfelt homages to the Hallowed Haunting Grounds at other home haunts and Halloween yard displays throughout Southern California.

Standalone haunted attractions are another category. They can be found in all shapes and sizes around SoCal, from unused warehouses to fairgrounds and even vacant residences. The Queen Mary puts on an event – Dark Harbor – each Halloween that absolutely rivals the scale of anything Universal or Knott’s does. Dark Harbor’s situation of actually having mazes and monsters on the famous ocean liner makes it arguably one of the most unique haunted attractions anywhere in the world. 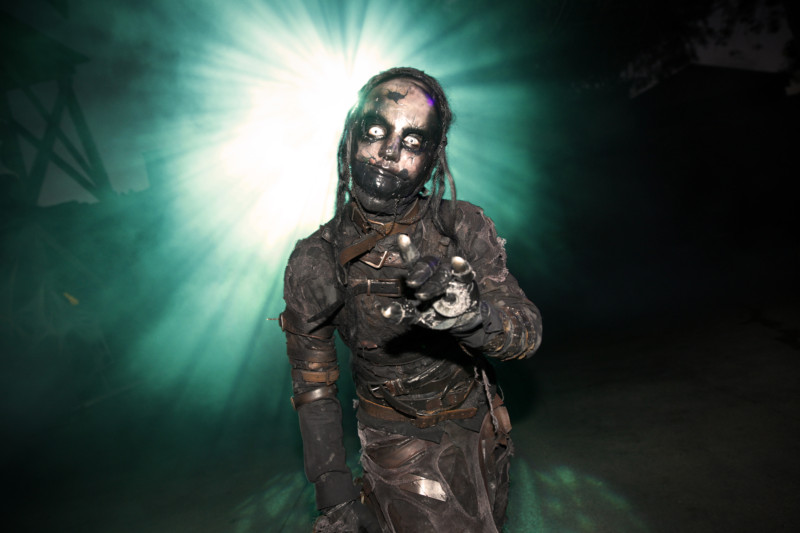 New levels of immersion and interaction

In recent years, the trend has been for haunts to include or feature immersive, theatrical experiences and interaction. One of the first organizations on the cutting edge of really expanding the classic haunted house experience to something familiar-yetnew was Jon Braver’s Delusion, which made waves in the US haunt community. Delusion is more of a haunted play in that guests assume the roles of various characters as they work their way through a usually-frightening and always complex tale. Tickets for Delusion sell out literally minutes after they go on sale, indicating there’s a market for beautifully-executed, interactive horror theater. Other extremely personal theatrical events that we’ve seen explode onto the SoCal scene include CREEP, Alone, and The Tension Experience. These highly-interactive, boundarybreaking types of attractions are drawing great interest, with participants often paying two or three times what they would to attend any of the large-scale theme park events.

More direct theater/haunt fusion is also easily accessible in the Los Angeles area:  Zombie Joe’s Underground Theater group currently leads the charge with its annual Tour of Terror spectacle that combines a traditional, haunt-type maze with a live theater production. Another notable production is Unbound Productions’ Wicked Lit, which creates stunning, engaging live theater performances in and around a cemetery and mausoleum near Pasadena.

From major theme park events to standalone haunted attractions, gloriously elaborate home displays to immersive theatrical events, when it comes to Halloween attractions Southern California stands out for its wide array and staggering level of quality across the board. There’s a veritable showcase of incredibly polished haunts and attractions, from San Diego to the Central Valley, the likes of which at such a dense availability are unprecedented anywhere else.

The reason? Los Angeles is a hotbed of entertainment, where movie studios, television production, video game developers, and theme park design firms all thrive in abundance. That creativity, professional edge and sophistication are reflected in SoCal’s great haunts, because many of the people who create them are entertainment professionals of one kind or another who put on their haunter hats at the end of the day. When you’re an artist, creative director, scenic fabricator, sculptor, engineer, writer, lighting designer, or actor, the quality of any haunt you help create will inevitably be an extension of what you do for a living.  • • • 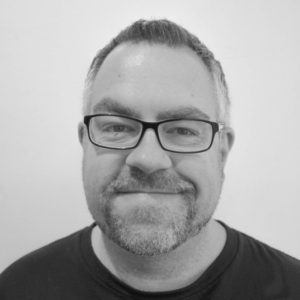 Joe Kleimanhttp://wwww.themedreality.com
Raised in San Diego on theme parks, zoos, and IMAX films, Joe Kleiman would expand his childhood loves into two decades as a projectionist and theater director within the giant screen industry. In addition to his work in commercial and museum operations, Joe has volunteered his time to animal husbandry at leading facilities in California and Texas and has played a leading management role for a number of performing arts companies. Joe has been News Editor and contributing author to InPark Magazine since 2011. HIs writing has also appeared in Sound & Communications, LF Examiner, Jim Hill Media, and MiceChat. His blog, ThemedReality.com takes an unconventional look at the attractions industry. Follow on twitter @ThemesRenewed Joe lives in Sacramento, California with his fiancé, two dogs, and a ghost.
Share
Facebook
Twitter
Linkedin
Email
Print
WhatsApp
Pinterest
ReddIt
Tumblr
Previous articleRick West, TPA and Midsummer Scream
Next articleISSUE 66 EDITORIAL: The Theatrical Haunting of Themed Entertainment