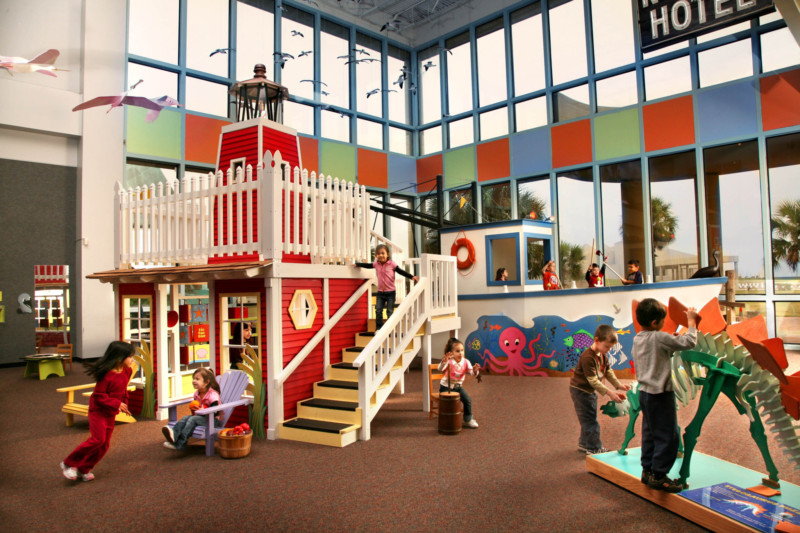 Located on the bay in the S.E.A. (Sports, Entertainment & Arts) District in downtown Corpus Christi, Texas, the Corpus Christi Museum of Science and History has been preserving and displaying the region’s past and naturally abundant scientific beauty for over six decades.  Founded as a junior museum and private institution by schoolteachers in 1956, the CCMSH became a department of the City of Corpus Christi in 1967, where it remains today.  The Museum has doubled in size since its inception, now totaling over 85,000 sq ft with almost 40,000 sq ft of exhibit space featuring the natural history, archeology and geological wonders of the area, though its attendance and popularity among locals and visitors to the area has waned for more than a decade, resulting in significant financial losses.

So how could a facility that’s located in a region steeped in Native American, American and Mexican history, flourishing diverse cultural heritages,  industrial booms due to fortunate proximity to increasing oil and natural gas finds and a thriving ecosystem come so close to failing?  Many factors can be discussed and attributed to this: extensive and consistent budget cuts leading to zero marketing dollars that played catalyst to little exposure and promotion within the market, exhibits in need of enhancement and an overall demand for an updated vision and execution process.  But more importantly, the question must be asked: After reaching the brink, is the Museum still an asset to the community that is worth saving?  Absolutely.

At least that’s what local businessman and Corpus Christi native, Bill Durrill, and the Durrill Family believe, as do many others in the community, according to recent attendance, membership and event booking numbers following the new partnership and management transition.  Corpus Christi Museum Joint Venture (CCMJV), a private management firm formed by the Durrill Family and led by a team of professionals with extensive and varied backgrounds in the Leisure & Tourism Industry, have partnered with the City of Corpus Christi to work with Museum staff on a plan to breathe new life into the facility.  The first step was to hire a leader to navigate its future, following the retirement of the previous Executive Director, who guided the Museum for over twenty years.

Carol Rehtmeyer, Chicago businesswoman and former Executive Director of Sci-Tech Museum in Aurora, Illinois, came on board in late 2012 to work hand in hand with her talented Museum staff, CCMJV and the City of Corpus Christi to perform a turnaround and ensure the Museum’s future vitality by creating sustainability for the facility.  The management teams in place have extensive plans and ambitious goals for this near forgotten gem.

The Museum introduced its first new exhibit in years in September of 2012, Big Big Bugs, and is currently in the process of scheduling exhibit and gallery openings for 2013 that are cutting-edge and advance from a more modernistic approach than former exhibit offerings.  Special event and group sales bookings are on the rise with the introduction of exclusive, in-house catering company, Diamond Point Catering, and plans are in the works for a café overlooking the Corpus Christi Bay, as well as school group programs based around the STEM (Science, Technology, Engineering and Math) curriculum.  By continuing to execute fresh & current programming, placing an emphasis on exciting, educational and interactive exhibits and introducing innovative revenue streams, the new team intends to increase traffic and renew the childlike sense of wonder and awe in guests as they step into a world filled with the science and history of South Texas and the Coastal Bend.

For more information on the Corpus Christi Museum of Science and History or to make it part of your next trip, please visit www.ccmuseum.com or call (361)826-4667.