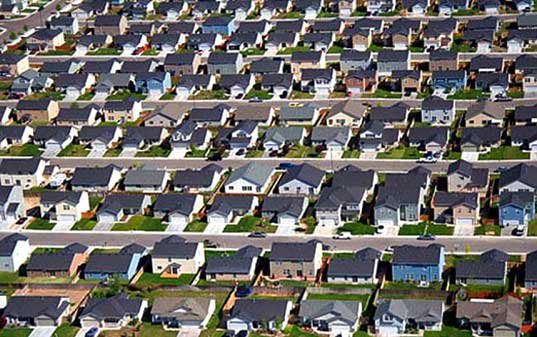 Should museums be looking at satellite locations?

A few years ago we were treated to the legal spectacle of the $25 billion dollar Barnes (Art) Collection disregarding its benefactor’s wish by moving from suburban Merion to Center City Philadelphia. The legal battle, begun in the 1990s, was finally resolved last May with the opening of a grand new building on prestigious Benjamin Franklin Parkway in Center City. The battle was brought on by the assumption that the collection was just too exceptional for the suburbs and wasn’t reaching as many people as it could in a suburban location.

In the Midwest, suburban population growth is twice core metro county growth and the “burbs” are well ahead in the West and Southern regions too. Even in the urban Northeast, with its comparatively minimal growth, the suburbs still grow.

Some predict this trend will slow or reverse and core cities will pull ahead.  After all, most of the new household creation is in small one- and two-person households that would seem an ideal fit for cities.  This may be true for the maybe three dozen large metro areas with lively downtowns in their centers, but of the 366 metropolitan statistical areas (MSAs), most will continue to like, and no doubt seek to improve, their suburbs.  If the current gun control battle seems brutal, consider the response of hundreds of millions of Americans to taking away their cars and strip centers.  Won’t happen.

All of this matters to museums because a large percentage of America’s 10,000 museums are in the suburbs and they have been happy recipients of the suburban population surge.  The result is that a surprising number of US metro areas are duplicating their center city museums with a whole new set of similar facilities in the suburbs. The starkness of what is continuing to happen in Detroit is a good example.  Detroit and core Wayne County have great museums, including the esteemed Henry Ford Museum (and Greenfield Village – which is actually in a suburb).  Oakland County to the north and Washtenaw County to the west are busy growing a set of museums of their own.  The trend is starting in Indianapolis and Kansas City too.

In southern California, the suburban sprawl of Orange County has been growing a duplicate set to LA County’s great collection of cultural institutions, and this is happening in the Bay Area and the Pacific Northwest as well. Chicago is a remarkable story.  DuPage County to the west seems eager to have one of everything that makes Chicago great, and Lake County, more quietly, is adding more to the north.  By number, there are more educational attractions in Chicago’s suburbs than in the city. Even Chicago’s biggest zoo is in the suburbs — at the western edge of Cook County.

The next step is science centers, another non-collection-based museum type.  The development of science centers will get a boost from the national push that STEM education (Science, Technology, Engineering and Math) is receiving.  Universities may enter this contest, with STEM centers targeting the high school- and middle school- aged market.

All major US metro areas now feature places called “edge cities” and they may be particularly fertile ground for new museums and educational attractions.  Author Joel Garreau in his 1991 book Edge City: Life on the New Frontier coined the phrase, referring to the new suburban cities that have risen near major highways.  They sport large malls, office towers, hotels and midrise housing.  They often span two or three once small communities. We know the names of many of these places: Tysons Corner in DC, Buckhead and Perimeter in Atlanta, Towson and White Marsh in Baltimore, Overland Park in Kansas City, Oak Brook and Schaumburg in Chicago, Bloomington in the Twin Cities, Waukesha in Milwaukee, Los Colinas and Plano in Dallas, Clayton and Chesterfield in St. Louis, the Domain area in Austin.  There are now more than 200 Edge Cities by Garreau’s definition; only 45 cities have downtowns as large.

The largest or most advanced among these edge cities already have convention centers anchored by large hotels and performing arts centers. Many have developed faux downtowns that use cultural facilities as anchors like a shopping mall uses a Macys. Can museums be far behind?  Local art collections and those now privately held but destined for museums someday will find themselves in these larger and wealthier (by tax revenue) communities; such cultural treasures add a feather in the cap of suburbs and edge cities and help make them seem as full-featured as the original city at the metro core.  The lower formality outside traditional downtowns may broaden what we consider the definition of museums as the new facilities are freer to try new educational attraction concepts and are not hampered by old edifices that can constrain like a turtle’s shell. (Many museums housed in old structures seem to be defined by the edifice and its constraints from another era.)

Rather than adding to their core facilities, larger center-city museums might be wise to develop satellite facilities in these outlying areas.  They will reach new audiences, access new sources of philanthropy, and be freer to try new facility concepts.  Chicago’s edge city of Schaumberg is so far from the Museum of Science and Industry in Chicago in both time and distance that it might as well be in another metro area.

This museum and others could learn from a legendary Midwestern department store. Marshall Fields, now a part of Macys, followed its market to the suburbs as the population sprawled outwards with a dozen new locations notwithstanding its investment in a million-square-foot grand retail palace in downtown Chicago.  It was a smart move.  The downtown store and suburban stores all thrive.

The competition for a slice of a household’s lifestyle in many suburban areas isn’t very intense past youth sports and movies.  Museums that offer member events and summer camps — that is, lifestyle activities for families — may find fertile ground in the suburbs.

Merion, PA, the community Philadelphia’s Barnes Foundation fled for downtown Philly is not an edge city, so maybe the move downtown will turn out to be a smart one.  But they are not necessarily a harbinger.  Museums can still do a lot in and for America’s suburbs.    • • •

Dan Martin is a principal at Market Feasibility Advisors, LLC and can be reached via email at [email protected]