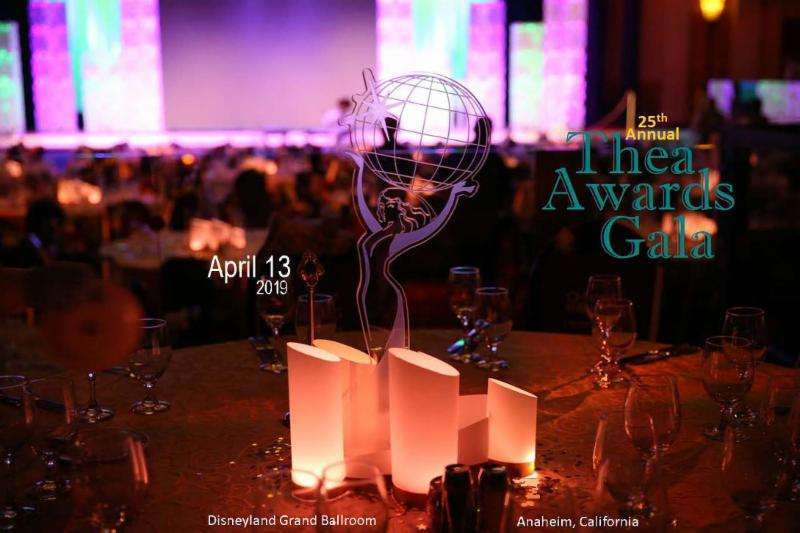 Mark Woodbury, Vice Chairman of Universal Parks & Resorts and President of Universal Creative, is receiving a high industry honor in 2019: the Themed Entertainment Association (TEA) Buzz Price Thea Award for a Lifetime of Distinguished Achievements. Mr. Woodbury will be a celebrated, featured presence at TEA’s big industry weekend in Anaheim April 11-13. He will keynote the TEA Summit on April 11, and formally accept his Thea trophy at the 25th Annual TEA Thea Awards Gala on April 13.

The April 11 keynote will be a Conversation with Mark Woodbury, moderated by Mike West – Senior Director, Executive Producer, NBC-Universal and a member of the TEA International Board of Directors.

TEA’s big weekend – the 2019 TEA Summit conference and TEA Thea Awards Gala in Anaheim, April 11-13 – brings together top executives and creatives with hundreds of entertainment professionals for networking, education and celebration, revolving around the current slate of TEA Thea Awards recipients. These events are headlined by the best of the global themed entertainment business – industry superstars, creative and tech pioneers, and top projects – all leading the way for international tourism and real estate development.

The TEA Summit is a two-day conference (April 11-12)  followed by the Thea Awards Gala presented by Chimelong (April 13). Tickets are available now for this big weekend of events, as well as hotel information and discounted park tickets.

The TEA Thea Awards Galapresented by Chimelong (April 13) is an elegant, black-tie event celebrating excellence in the industry. Click to see the press release with descriptions and photos of the 2019 TEA Thea Awards recipients.

Mr. Woodbury joined the Universal Parks & Resorts team in 1988 during the development of Universal Studios Florida, the company’s first expansion outside of Hollywood. During the following twelve years, he was a key member of the leadership team at Universal Planning and Development, serving as Vice President, Design & Planning and Senior Vice President/Chief Creative Officer. During this period, his team successfully opened Universal’s Islands of Adventure and Universal Studios Japan.

In 2001, Mr. Woodbury was tapped to lead Universal Creative worldwide and in 2006, was named President of Universal Creative.  Since then, he and his team have collaborated to expand Universal Orlando Resort into a world-class destination with the addition of The Wizarding World of Harry Potter, three new hotel properties and Volcano Bay Water Theme Park. Their continued innovation has fueled the exponential attendance growth at Universal parks around the world, from exciting new additions to The World-Famous Studio Tour at Universal Studios Hollywood to the opening of Minion Park at Universal Studios Japan. He and his team now have their sights set on bringing Universal to the capital city of the People’s Republic of China with Universal Beijing Resort.

Prior to joining Universal, Mr. Woodbury worked in private architectural practices and real estate development in Illinois and Florida. Mr. Woodbury holds a Master of Architecture degree from the University of Wisconsin and a Bachelor of Science degree from the University of New Mexico. He is a licensed Architect and a member of the American Institute of Architects (AIA). He also serves on the Entertainment Council of the Urban Land Institute.

Joe Kleimanhttp://wwww.themedreality.com
Raised in San Diego on theme parks, zoos, and IMAX films, InPark's Senior Correspondent Joe Kleiman would expand his childhood loves into two decades as a projectionist and theater director within the giant screen industry. In addition to his work in commercial and museum operations, Joe has volunteered his time to animal husbandry at leading facilities in California and Texas and has played a leading management role for a number of performing arts companies. Joe previously served as News Editor and has remained a contributing author to InPark Magazine since 2011. HIs writing has also appeared in Sound & Communications, LF Examiner, Jim Hill Media, The Planetarian, Behind the Thrills, and MiceChat His blog, ThemedReality.com takes an unconventional look at the attractions industry. Follow on twitter @ThemesRenewed Joe lives in Sacramento, California with his wife, dog, and a ghost.
Share
Facebook
Twitter
Linkedin
Email
Print
WhatsApp
Pinterest
ReddIt
Tumblr
Previous articleSally’s Ghost Blasters dark ride headed to The Park at OWA
Next articleRegistration open for IAAPA Expo Asia 2019