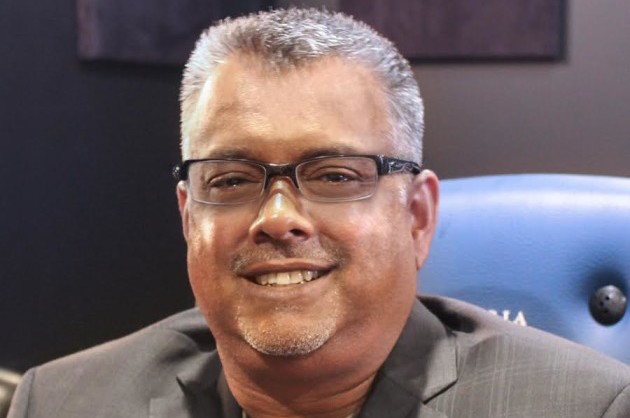 Joining the company in August 2015, Shankar’s arrival at MMI comes as the long-time global amusement industry innovator continues to expand its employee roster, break into new domestic and foreign markets, and ramp up production/installation of its MX4D® Motion EFX seats and technology (known as 4D/5D seats in some markets) for both the amusement and cinema industries.

High profile attractions projects for MMI throughout the years have included installations for Merlin Entertainments, Legoland, the Abraham Lincoln Presidential Library & Museum in Springfield, IL, the Coca-Cola Museum in Atlanta, the Bacardi Headquarters fountain in Bermuda, UnderWater World in Seoul, Korea, and many more.

In his role as MMI Director of Attractions, Shankar will head up the MediaMation Attractions Division.  Drawing on his extensive experience in managing projects for theme parks, retailers, restaurants, casinos, and other attractions as the former VP of Operations at Edwards Technologies, Inc., Shankar is tasked with building out the division’s infrastructure.

In addition, Shankar works closely with MMI’s sales force to ensure from the “get-go” that all projects are delivered “on time and on-budget.”

“Going forward, I will be managing MMI’s attractions projects from inception to completion,” says Shankar. “The ultimate goal is to create an excellent experience for the client through every aspect of the process.”

Observes Dan Jamele: “MediaMation is extremely pleased to bring someone with Ravi’s attractions industry experience, expertise, and connections on board.  We are fully confident in his abilities to grow and prosper this sector of our business to great effect.”

Joe Kleimanhttp://wwww.themedreality.com
Raised in San Diego on theme parks, zoos, and IMAX films, InPark's Senior Correspondent Joe Kleiman would expand his childhood loves into two decades as a projectionist and theater director within the giant screen industry. In addition to his work in commercial and museum operations, Joe has volunteered his time to animal husbandry at leading facilities in California and Texas and has played a leading management role for a number of performing arts companies. Joe previously served as News Editor and has remained a contributing author to InPark Magazine since 2011. HIs writing has also appeared in Sound & Communications, LF Examiner, Jim Hill Media, The Planetarian, Behind the Thrills, and MiceChat His blog, ThemedReality.com takes an unconventional look at the attractions industry. Follow on twitter @ThemesRenewed Joe lives in Sacramento, California with his wife, dog, and a ghost.
Share
Facebook
Twitter
Linkedin
Email
Print
WhatsApp
Pinterest
ReddIt
Tumblr
Previous article
Subaru Embarks on “National Parks Adventure” with Global Film Sponsorship
Next article
Merlin Entertainments Partners with CMC for Expansion of Merlin Branded Attractions in China Including LEGOLAND Shanghai