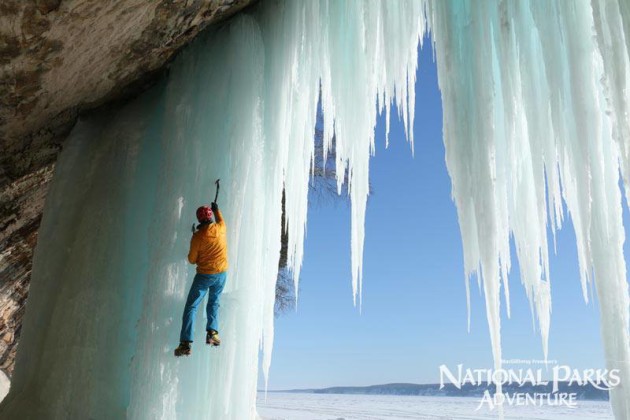 Laguna Beach, CA, USA – Subaru of America, Inc. and Brand USA, the destination-marketing organization for the United States, have announced a global partnership in support of the new giant-screen, 3-D documentary, “National Parks Adventure,” which will be released in IMAX and giant screen theaters worldwide in February 2016. The film celebrates America’s Great Outdoors and the centennial of the National Park Service and is produced by Academy Award-nominated filmmakers MacGillivray Freeman Films. As part of the partnership, the film will feature a short vignette from Subaru that promotes the importance of the national parks and the need to protect them.

“As we bring this majestic film to giant screens around the world and showcase our national parks – true American treasures – to international audiences, we’re proud to have Subaru as a major partner,” said Christopher L. Thompson, Brand USA’s president and CEO. “Subaru has established itself as a corporate leader in advocating for the environment and the parks. They’re a perfect fit for us.”

Through its sponsorship with Brand USA and MacGillivray Freeman Films, Subaru will participate in global consumer advertising and film promotions with its extensive retail network. The Subaru “Who we are is what we leave behind” sustainability campaign that highlights Subaru’s efforts to reduce landfill waste in the country’s national parks will be integrated throughout the film’s overall marketing campaign. As the premier vehicle partner of the National Parks Service Centennial, Subaru is working with the national parks on a zero landfill initiative dedicated to significantly reducing waste going into landfills and preserving the parks for years to come.

“We’re excited to be involved in this inspiring project,” said Alan Bethke, Vice President, Marketing, Subaru of America. “It’s a great way to highlight these national treasures and raise awareness of their importance. Working with Brand USA and MacGillivray Freeman Films as a major sponsor of “National Parks Adventure” underlines our commitment to promoting the approximately 400 National Parks Service properties and working with them to ensure that future generations will also be able to enjoy them.”

“Subaru has a strong history of environmental expertise, being zero landfill since 2004, and is as passionate about the parks as all of us who have been associated with this project, and we are thrilled to have them as a partner,” said Shaun MacGillivray, producer of the film and president of MacGillivray Freeman Films.  “Their support will help us carry the film’s message about the importance of the national parks to an even greater audience.”

Subaru of America joins Expedia, Inc. as a key global sponsor of the film as well as REI, which serves as a domestic sponsor. The film additionally received financial support from the Giant Dome Theater Consortium, which also lent their giant screen expertise to the production.

Joe Kleimanhttp://wwww.themedreality.com
Raised in San Diego on theme parks, zoos, and IMAX films, InPark's Senior Correspondent Joe Kleiman would expand his childhood loves into two decades as a projectionist and theater director within the giant screen industry. In addition to his work in commercial and museum operations, Joe has volunteered his time to animal husbandry at leading facilities in California and Texas and has played a leading management role for a number of performing arts companies. Joe previously served as News Editor and has remained a contributing author to InPark Magazine since 2011. HIs writing has also appeared in Sound & Communications, LF Examiner, Jim Hill Media, The Planetarian, Behind the Thrills, and MiceChat His blog, ThemedReality.com takes an unconventional look at the attractions industry. Follow on twitter @ThemesRenewed Joe lives in Sacramento, California with his wife, dog, and a ghost.
Share
Facebook
Twitter
Linkedin
Email
Print
WhatsApp
Pinterest
ReddIt
Tumblr
Previous articleSteve Bilton Joins Team at Ride Entertainment as Business Development Associate
Next articleRavi Shankar Joins MediaMation as Director of Attractions