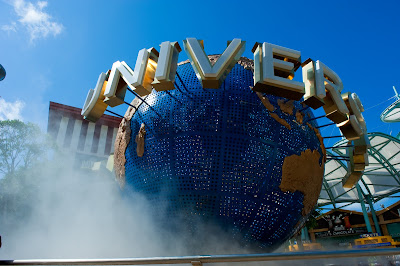 Moscow, Russia (December 20, 2012) — Various Russian news agencies are reporting that the Moscow city government has approved construction of a Universal Studios theme park and resort to be built in the southern part of the city.  In April, 2012, Gazeta.ru, a Russian online newspaper, reported that Russian real estate development company BIN Group had announced development of a themed resort called “Galaktika Park,” which would include an indoor Universal Studios theme park.  The resort was projected to be 650-700,000 square meters, with 150,000 square meters being allocated to the park.  Estimated project cost was $2.8 billion, with $500 million going to the park.

The Gazeta.ru article stated that Universal would not have any financial investment in the park.  It quoted Michael Silver, Senior Vice President of Business and Legal Affairs at NBC Universal as saying, “Russia is a very significant and attractive market for us, we see big potential for amusement parks here.”  InPark Magazine has confirmed that much like it did in 2010 with a potential Korean park operation, NBC Universal registered a foreign limited-liability company in Delaware on March 19, 2012 – Universal Studios Moscow Planning Services LLC.

Both Pravda, the paper of the country’s Communist party, and Rossiyskaya Gazeta, the Russian government’s official newspaper, are reporting that approval for construction was given on December 13, 2012 by the city’s commission for urban planning and land.  Vedomosti, a Russian business journal, reports that the resort will now encompass 1.2 million square meters (150,000 still be allocated to the Universal Studios theme park), and will will also entail “three-and four-star hotels (120,000 sq. m.), an office complex (160,000 sq. m.), as well as retail space, a winter garden, a water park, a conference center, a music theater, etc. In addition, the investor is obliged to organize parking for at least 10,000 cars.” Vedomosti adds that Silver has “confirmed that [NBC Universal] has reached a preliminary agreement with [BIN Group].”

Hlas Ruska (“Voice of Russia”), the national radio broadcasting company, reports that the Moscow park will have the lowest ticket price of any Universal theme park – at US$30.  Universal Studios Moscow is projected to open in 2018.

Joe Kleimanhttp://wwww.themedreality.com
Raised in San Diego on theme parks, zoos, and IMAX films, InPark's Senior Correspondent Joe Kleiman would expand his childhood loves into two decades as a projectionist and theater director within the giant screen industry. In addition to his work in commercial and museum operations, Joe has volunteered his time to animal husbandry at leading facilities in California and Texas and has played a leading management role for a number of performing arts companies. Joe previously served as News Editor and has remained a contributing author to InPark Magazine since 2011. HIs writing has also appeared in Sound & Communications, LF Examiner, Jim Hill Media, The Planetarian, Behind the Thrills, and MiceChat His blog, ThemedReality.com takes an unconventional look at the attractions industry. Follow on twitter @ThemesRenewed Joe lives in Sacramento, California with his wife, dog, and a ghost.
Share
Facebook
Twitter
Linkedin
Email
Print
WhatsApp
Pinterest
ReddIt
Tumblr
Previous articleUtopia Entertainment Helps Turn 20th Anniversary of House of Blues’ Sunset Strip Location into a Blast
Next articleBarco Acquires Majority Stake in projectiondesign