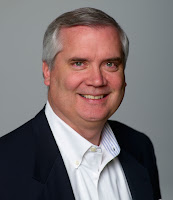 Washington, DC, USA (March 8, 2012) — Christopher Liedel, executive vice president and CFO for the National Geographic Society, has been named president of Smithsonian Enterprises following a national search. He begins work at the Smithsonian this month.

Smithsonian Enterprises is the revenue-producing organization at the Institution. It has three primary business divisions: media, retail and business development and licensing.

The media division includes Smithsonian and Air & Space magazines and their online products; Smithsonian Books; goSmithsonian, a brochure and online guide for visitors; and the Smithsonian Channel.

In September 2011, Smithsonian Channel was awarded its first Emmy in cinematography for a nature documentary. The three-year-old channel is the youngest to have won an Emmy award.

“I’m honored to have the opportunity to work in service of a true national treasure, and delighted to be joining the Smithsonian team under Wayne Clough,” said Liedel. “I look forward to collaborating with the Smithsonian museum and research center leadership to further expand on their extraordinary success.”

His board affiliations include the Nobel Prize Education Fund; National Philanthropic Trust, which he chaired from 2005 to 2008; U.S. Golf Association, where he serves on the executive committee; and Amazon Center for Environmental Education and Research Foundation.

The organization’s headquarters on 17th Street in Washington is now a LEED-certified model of energy conservation and sustainable design, and it is the winner of the U.S. Green Building Council’s first rating for excellence.

From 1991 to 1996, Leidel was senior vice president at Ringier America Inc., an international media organization based in Switzerland. He established its Non-Traditional Business Group with seven technology units at Ringier.

The current president, Tom Ott, announced his departure in November 2011 and will continue at Smithsonian Enterprises during the transition.

Joe Kleimanhttp://wwww.themedreality.com
Raised in San Diego on theme parks, zoos, and IMAX films, InPark's Senior Correspondent Joe Kleiman would expand his childhood loves into two decades as a projectionist and theater director within the giant screen industry. In addition to his work in commercial and museum operations, Joe has volunteered his time to animal husbandry at leading facilities in California and Texas and has played a leading management role for a number of performing arts companies. Joe previously served as News Editor and has remained a contributing author to InPark Magazine since 2011. HIs writing has also appeared in Sound & Communications, LF Examiner, Jim Hill Media, The Planetarian, Behind the Thrills, and MiceChat His blog, ThemedReality.com takes an unconventional look at the attractions industry. Follow on twitter @ThemesRenewed Joe lives in Sacramento, California with his wife, dog, and a ghost.
Share
Facebook
Twitter
Linkedin
Email
Print
WhatsApp
Pinterest
ReddIt
Tumblr
Previous articleGarner Holt Productions, Inc. supports the Themed Entertainment Association for TEA’s milestone 20th anniversary
Next articleCasting Under Way for Scare Actors at Heide Park’s Krake Haunt