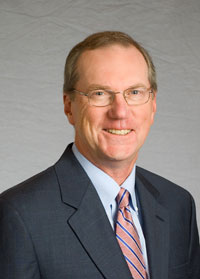 The Museum is being designed by Davis Buckley Architects and Planners, the DC firm that also created the National Law Enforcement Officers Memorial, which was dedicated in 1991. Exhibit design is being led by the Boston firm of Christopher Chadbourne & Associates, whose work also includes the Donald W. Reynolds Museum and Education Center at Mount Vernon, and Thea Award recipients the National Museum of the Marine Corps, in Quantico, VA and the National Infantry Museum in Columbus, GA. Clark Construction of Bethesda, MD, has been selected as the project’s general contractor and Design and Production, Inc. will serve as exhibit fabricators.

Authorized by Congress in 2000, this will be the first museum to tell the story of American law enforcement. It will be built by the NLEOMF across the street from the National Law Enforcement Officers Memorial (400 block of E Street, NW). The Memorial, established by NLEOMF in 1991, bears the names of more than 19,000 federal, state and local law officers who have been killed in the line of duty.

“During his remarkable career, Joe has developed and launched two highly successful national museums in the Washington, D.C. area, and we could not be any prouder or more fortunate to add him to our leadership team,” said NLEOMF Chairman and CEO Craig W. Floyd. “As a museum leader with a journalism background, Joe knows how to tell a story in an experiential, educational and entertaining way. He also knows how to take a great vision and turn it into reality,” Mr. Floyd added.

After serving as a journalist with the Detroit Free Press and USA Today for nearly 20 years, Mr. Urschel became the Executive Director of the Newseum—an interactive museum of news and journalism—in 1996. Under Mr. Urschel’s leadership, the first Newseum opened in Rosslyn, Virginia, in April 1997. Over the next five years, the Newseum attracted more than two million visitors.

Beginning in 2002, Mr. Urschel led the effort by the Freedom Forum to move the Newseum to its current location on Pennsylvania Avenue, NW, Washington, D.C., where it reopened in April 2008. It has become one of the most popular destinations in the nation’s capital, with some 700,000 visitors a year.

While at the helm from 1996-2011, Mr. Urschel was involved in all aspects of the Newseum, including: content development, fundraising, artifact collection and marketing. “Joe’s experience and expertise will ensure that the National Law Enforcement Museum becomes the next great destination in Washington, D.C.,” declared Mr. Floyd.

“I am proud of what the Newseum has done to introduce millions of visitors to the vital role that journalists and the news industry have played in our society throughout history,” Mr. Urschel said. “Now, I am eager to do the same for the profession of law enforcement. It is a story that is rich with great characters, great conflict and great drama—all of the ingredients necessary for a great museum. It is a story that must be told.”

The official groundbreaking for the National Law Enforcement Museum occurred in 2010 and the first phase of construction—relocating and installing a new utility infrastructure for the Museum and surrounding neighbors—was completed last November. The Museum capital campaign, called “A Matter of Honor,” has raised more than $56 million toward its $80 million goal. Once construction documents are finalized later this year, and approved by the U.S. Department of the Interior, the major work on the Museum will commence, with the opening planned for 2014. The Museum will tell the story of American law enforcement through high-tech interactive exhibits, collections, research and education.

The Museum is an initiative of the National Law Enforcement Officers Memorial Fund (NLEOMF), a private non-profit 501(c)3 organization established in 1984 and dedicated to honoring the service and sacrifice of America’s law enforcement officers and to promoting officer safety.  www.LawEnforcementMuseum.org.

Joe Kleimanhttp://wwww.themedreality.com
Raised in San Diego on theme parks, zoos, and IMAX films, InPark's Senior Correspondent Joe Kleiman would expand his childhood loves into two decades as a projectionist and theater director within the giant screen industry. In addition to his work in commercial and museum operations, Joe has volunteered his time to animal husbandry at leading facilities in California and Texas and has played a leading management role for a number of performing arts companies. Joe previously served as News Editor and has remained a contributing author to InPark Magazine since 2011. HIs writing has also appeared in Sound & Communications, LF Examiner, Jim Hill Media, The Planetarian, Behind the Thrills, and MiceChat His blog, ThemedReality.com takes an unconventional look at the attractions industry. Follow on twitter @ThemesRenewed Joe lives in Sacramento, California with his wife, dog, and a ghost.
Share
Facebook
Twitter
Linkedin
Email
Print
WhatsApp
Pinterest
ReddIt
Tumblr
Previous articleGarner Holt Productions, Inc. supports the Themed Entertainment Association for TEA’s milestone 20th anniversary
Next articleCasting Under Way for Scare Actors at Heide Park’s Krake Haunt