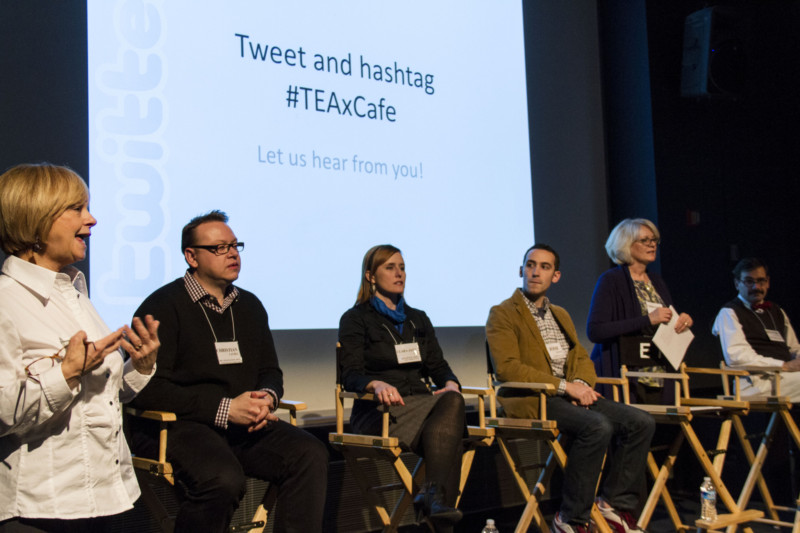 As summer passes the halfway point and stores begin stocking their back-to-school wares, it seems an appropriate time to reflect on how the industry is reaching out to the next generation of creators, designers and doers.  Over the past 18 months, the Themed Entertainment Association’s Next Generation Committee has been striving to better engage tomorrow’s industry professionals, and leading the effort is independent Creative Director and Producer, Kile Ozier.

Ozier has built a solid reputation across a spectrum of industries with effective, experiential storytelling as a key component.  He is well known for exceptional, tightly-run experiences of high-energy and style, and his successful background in corporate film-making, creation of compelling spectacle, evocative writing skills and creative approach to staging set him apart.  His work includes landmark fundraising campaigns for Stanford University that left “rooms full of weeping millionaires, coast-to–coast,” a litany of inaugurals and state visits of foreign leaders, Fleet Week events and numerous live shows in varying formats around the world, most recently opening Yas Waterworld Abu Dhabi in January of 2013.

Ozier’s relationship with the TEA began at the association’s nexus 21 years ago, when he stopped by a booth at a showbiz expo and met Technifex’s Monty Lunde and ETI’s Roberta Perry.  Back then, the aim of the TEA was to help the “little guys” navigate an industry dominated by Disney and Universal.  Ozier, who lived in LA at the time, thought involvement with the TEA would provide professional and social networking opportunities.  As the years went by, his relationship with the Association and its members deepened.

But it was advent of TEA’s SATE (Storytelling, Architecture, Technology, Experience) conference that inspired Ozier to dive into the organization in a leadership capacity.  He felt the conference provided an intimate experience where you could see someone on stage and didn’t have to fight the crowds to ask a question afterward.  He also appreciated that the conference engaged not only fabricators and designers but also writers and producers.  He was so impressed with the conference’s concept that he volunteered for the planning committee immediately, so he could help build the event and shape its content.  “I’m always pushing it to be edgy,” said Ozier.  “I want it to be a forum where people can present ideas and technologies that we might never think to see in a theme park…yet.”

Christine Kerr of BaAM productions served as the founding fulcrum of the TEA Next Generation Committee and had worked with Ozier on SATE, so when the Board appointed her as President, she tapped him to succeed her as Next Gen Chair.  For him it seemed a natural progression from his experience teaching workshops at Apple.  “I like to teach,” Ozier said.  “Whenever I build a team, I recruit people who are smarter than the jobs they are already holding, and usually smarter than me.  The instructions I give are: ‘here’s the job, here’s the result and here’s how I would do it.  If you want to do it your own way, go for it, but as soon as you see something wrong, let me know, and we’ll work on it together.’”  The rest of the committee is comprised not only of industry veterans, but also students, recent graduates and those inside the field but outside the industry world, such as professors and university administrators.

Kerr told Ozier to “take the committee on and make it grow,” and the committee has made a variety of strides thus far to meet that mandate, from bringing industry leaders to speak at universities, to creating student-centric programming at TEA conferences to setting up Twitter and Facebook pages, where students interested in themed entertainment can engage with each other.   Ozier said that the committee’s impact on the sheer number of Next Gen members has been significant, and the committee has even taken on a global reach, with interest and membership coming not just from the US but from across Europe as well.  “It’s not only poised to grow or primed to grow, it’s growing,” he said.  Many of the committee’s past and present projects have actually been run by students, giving them the opportunity to shape the committee’s efforts into what they, the target market, want to see, learn and do.

Future initiatives call for a web portal to connect companies looking for interns to students looking for internship opportunities.  Successful “graduates” of the Next Gen program will be asked to post their stories on the TEA website, TEA newsletter and social media once employed.  In the next few weeks, TEA Next Gen members will receive information on how to apply for scholarships for SATE, and will be offered deeply discounted enrollment to Steve Alcorn’s Theme Park Design Workshop.  “These young people have the desire to make things happen,” said Ozier.  “They just need to tools to make things happen. It’s about getting the energy out of the students and connecting them and feeding their concepts and listening to what they are interested in.  We are the opportunity openers – people to nurture and push and then get out of the way.”

When asked what success looked like for the Next Gen Committee, Ozier said he hoped it would become the go-to resource for students and recent graduates for what is going on in the industry.  He added that awareness has thus far been the greatest challenge – not just awareness of the Next Gen Committee or even TEA, but awareness of all of the opportunities, career paths and places to work within the themed entertainment industry.  Partnerships with IAAPA and scholarship programs with Disney have shown progress, but he said that there are too many people inside and out of the industry who don’t know that TEA and the Next Gen Committee exist.  He likened the situation to that of TED, the set of conferences and videos that has now become a global online sensation.  Vast numbers of people know about TED, even though they don’t attend.  “For years, it was just a thing that happened for smart, rich people, and now it has this global level of awareness,” said Ozier.  “We need to create a brand that brings people to us.  Every campus should know who we are.”  He added that Twitter and Facebook were crucial in communicating this brand message and that TEA members can help by following the Next Gen Committee on social media and sharing their content with the students.

According to Ozier, the key to supporting, recruiting and engaging the next generation of industry leaders is to think outside the “HR box”.  “We need enlightened HR people in this industry so that we can get out of this niche of requiring specific talents and skills,” said Ozier.  There are a host of talented people out there who don’t fit into boxes, and HR can be a formidable obstacle to the freelancer.”  He himself recently encountered the “HR Factor” in a telephone interview, when asked how many of the shows he’s created were actually installed in theme parks. “My answer, ‘two’ that were actually IN theme parks, palpably took the energy out of the conversation…” even though he’s written, produced and directed over 100 live shows around the world in other venues.  “It’s this over-describing and overthinking of the kind of person needed to accomplish a given task that will keep the brains that we want in our business away from our business.”  The key to getting more young minds engaged?  “Ramp up the ‘let’s see’ factor, shop for talent outside the brief or portfolio and relinquish the thinking that limits consideration of experience as having to be from within our contexts in order to apply to our contexts. An Art Director needn’t be the best artist in the world in order to inspire the artists. Not everyone needs to be able to draw.”

Ozier closed with a few words of wisdom for burgeoning themed industry talent:

Try anything.  Try everything.  Try not to be limited by expectations.  Be passionate about what you are passionate about, but understand that it’s not going to be a straight line.  Never say ‘no’ to an opportunity.  Take the gig, the one that may not be what you thought you wanted.  Dip your toe into a different pool.  No project is so long that you’re going to get fired from it, and if you like what you’re doing and are good at it, you’ll probably end up being asked to do it again.