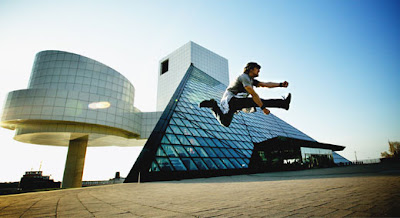 Columbus, Ohio, USA (March 22, 2012) /PRNewswire/ — From Italian frescoes recovered from the ashes of Pompeii to Rock and Roll Hall of Fame Induction Week, Ohio will satisfy even the most veteran travelers’ thirst for new experiences this summer.

“Ohio’s tourism industry has been working hard to bring travelers new experiences, and we are now beginning to see the finished products along with a truly impressive slate of exhibits and international events,” said State Tourism Director Amir Eylon. “Here in Ohio, we are within a day’s drive of roughly 60 percent of the U.S. population, and our outstanding tourism opportunities are a great value, so we’re well positioned to have another good tourism year in 2012.”

Following are just a few highlights of the new exhibits, attractions and events that make Ohio “Too Much Fun For Just One Day!” For more information, check out DiscoverOhio.com.

Dinosaurs Alive! , Cedar Point , Sandusky (Opens May 12)
“Dinosaurs Alive!” roars to life at Cedar Point. Visitors can interact with 48 life-size animatronic dinosaurs that will roar and move, evening trying their hands at the controls of some, providing an educational yet spine-tingling adventure.

Soak City Waterpark , Kings Island, Mason (Opens May 26)
Kings Island will double the size of its existing waterpark with a $10 million investment when Soak City Waterpark (free with park admission) opens in 2012. The waterpark will feature a massive new 39,000-square-foot Wave Pool and Action River along with a new entrance, more secluded shade-covered areas, cabanas, and a new sand volleyball court.

ABOUT THE OHIO OFFICE OF TOURISM
The Ohio Office of Tourism is the premier source of information for travelers and media about Ohio’s vibrant tourism experiences, attractions and economy. Tourism marketing programs contributed to an estimated $38 billion in sales from visitor spending in 2010. A part of the Ohio Department of Development, the Office’s mission is to market and celebrate Ohio’s unique travel opportunities and promote the State’s outstanding quality of life.

Joe Kleimanhttp://wwww.themedreality.com
Raised in San Diego on theme parks, zoos, and IMAX films, Joe Kleiman would expand his childhood loves into two decades as a projectionist and theater director within the giant screen industry. In addition to his work in commercial and museum operations, Joe has volunteered his time to animal husbandry at leading facilities in California and Texas and has played a leading management role for a number of performing arts companies. Joe has been News Editor and contributing author to InPark Magazine since 2011. HIs writing has also appeared in Sound & Communications, LF Examiner, Jim Hill Media, and MiceChat. His blog, ThemedReality.com takes an unconventional look at the attractions industry. Follow on twitter @ThemesRenewed Joe lives in Sacramento, California with his fiancé, two dogs, and a ghost.
Share
Facebook
Twitter
Linkedin
Email
Print
WhatsApp
Pinterest
ReddIt
Tumblr
Previous articleSix Flags Parks "Reverse Engineers" Mr. Freeze Coasters
Next articleIPM at Mitchell Domes (or A Tale of Two Martys)