Panasonic: The psychology of imaging 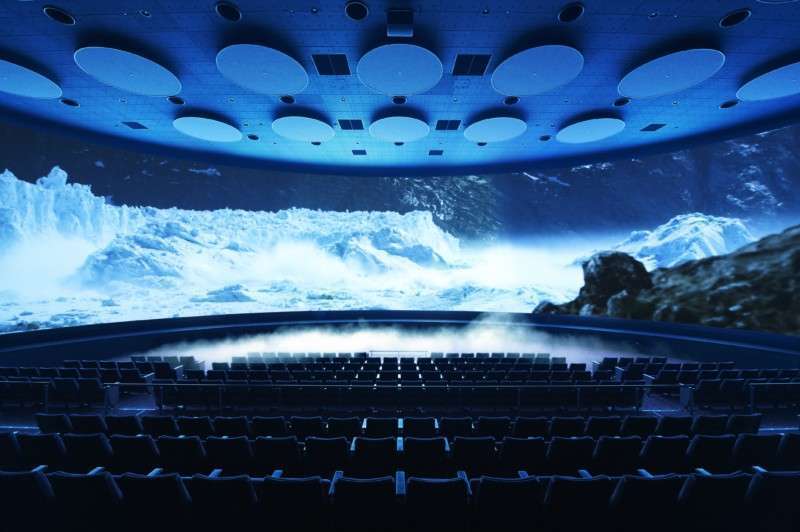 Vice president and director of Panasonic Hollywood Labs, Ron Martin is well connected to the entertainment industry, both film studios and theme parks. As his team puts additional focus on themed entertainment we asked Ron to share his 40 years of experience in crafting imaging solutions.

You’ve had a long history with the film industry. How did you get started at Panasonic?

I was born and raised in Hollywood and initially wanted to become an architect. My father was a bit actor in old Western films so I was around movie sets and sound stages my entire childhood. I went to work for ABC TV Network after finishing engineering school in the late ‘70s, and quickly moved into technology for post-production and visual effects. I later worked as chief engineer for Merv Griffin’s Trans American Video, a TV production house that also offered visual effects and film production services. During that time, I also helped launch the Disney Channel back when it was an early satellite service channel.

That got me involved in media development for the theme park side of things because it overlapped with film and television production. After Panasonic acquired MCA/ Universal in the early 90s, studio head Lew Wasserman called and asked if I would work on making the studio digital, even though he didn’t really understand what digital was going to be back then. That kind of opportunity only comes one in a lifetime, so I said “Yes!” That became the start of Panasonic Hollywood Lab (PHL), essentially a tech incubator inside of a movie studio. The world of digital filmmaking and distribution was spawned in part out of that effort, and that overlapped significantly with parks and visual environments. In 2001 we made PHL more of an active R&D effort for Panasonic. After many years of developing imaging technologies like DVD, HDTV, Digital Cinema, Blu-ray and UHD Blu-ray, PHL shifted our strategy to pursue the themed entertainment industry more formally.

The thing that tied the cinema and park efforts together was this idea of the evolution of imaging. In both film and parks, things used to be purely physical set pieces. That evolved into set pieces with limited projection and now it is largely sophisticated projection imaging with some set pieces.

We like to look at our focus as where the science of imaging meets the psychology of imaging. The human visual system is a physiological system that science and technology address. But how the image impacts you is the psychology of imaging. We take the technology core and infuse it with a creative effort to make imaging different. What better place to do that than in the physical environments of themed entertainment?

Yes, but I call it technology under creative control. The technology itself should be invisible. Guests should walk into an experience or an environment that they respond to and not be aware of the tech. The physiology of imaging says as the technology breaks down the barriers or limiting factors of imaging (color gamut, color volume, frame rate, resolution, etc.) then the psychological effects come into play. We can actually measure differences in heart rate, respiratory rate, perspiration, etc. as we change resolution or color in images. This changes the dynamic of how people are responding to the images and can impact how cinematic and park creative decisions are made. In a themed environment where you are creating a physical world, this attention to the psychology of imaging enhances that experience in a unique way. From an R&D perspective we focus on this effort not only in our products, but also in how our products become solutions.

How does PHL handle the R&D process?

Most R&D departments have pools of engineers. We are unique because we bring our engineers to work on projects in development to explore why the creative designers have done things a certain way. We want our team to conceive different imaging solutions. Our engineers are not just involved in the installation, but they are part of the creative process working with project teams, oftentimes in the early stages of blue-sky concept development. In many cases we have created new product offerings because of this process.

Creativity is contagious, so I want to get engineers out of their cubicle and into that creative environment. Then, when they go back to their engineering task, they think differently about it. That’s what happened to me over decades in this industry. Innovation isn’t taught, it is mentored. It adopts you. The most creative people I know have been mentored by creative people above them.

What kind of technologies are you working on?

Panasonic is 100 years old, and the company touches many areas in technology, but PHL is principally involved in imaging solutions and the support systems that make imaging unique. In a traditional environment a digital sign might be a screen on the wall, but we want the entire wall to be the sign. Although we do a lot of work with projectors we also seek out solutions where we don’t need projectors, in this case where the wall is the raster itself.

Can you give us an update on your strategic partnership with Disney?

We have a strategic corporate alliance for the North American Disney parks and resorts. That has allowed us to do two things. First, it formalizes our involvement in themed entertainment. Secondly, it allows us to get a deeper understanding on the areas of impact from imaging. It leads to wonderful results in the larger market, and validates what we are trying to do.

Working with Disney Parks & Resorts is spectacular. It goes back to that idea of creativity being contagious. That impacts our business effort and other people that we are working with.

What is your typical project scope?

PHL is pretty unique in that we go from concept development with creative, producer and tech teams right into staging and production of the physical environment. An average attraction development is a 2-3 year process or more, so we would engage along the entire life cycle of that project.

It’s a remarkable privilege for us to be involved so early and it helps the client because we know needs and limitations much earlier in the process. By sitting down with the creative teams and understanding what they need, we can customize a solution for them. Of course, that takes some time.

Not all customers or projects have that long of a development window, but they are still looking for innovation in their own markets. We can also work with them, find out what they want to achieve and help develop solutions. We can scale very quickly, and can offer solutions for smaller operations that are timely and appropriate for their market.

What challenges in the marketplace are you addressing?

I think the challenge for any tech company is the idea of keeping innovation alive. In a very real way, today’s innovation is tomorrow’s noise. Every innovation can become static. Part of our goal is to be aware of the issues that make things static, then address them and keep them evolving and dynamic.

Because the entertainment industry is so broad, we at PHL have to be constantly aware of industry trends. The next generation of imaging is all about breaking barriers of resolution and frame rate. Panasonic has developed a projector that reaches nearly 2000 frames per second that can revolutionize the impact of storytelling with images. Volumetric imaging is right around the corner. Holographic displays, which are usually seen as bluish floating transparent images, will soon have full color volume and a sense of solid texture. We constantly have to pay attention to what is next in order to maintain dynamic products and solutions.

Is PHL branching out into other markets also?

The Hollywood Lab is primarily chartered to service the studio production and theme park industries. But Panasonic does have sales and marketing verticals in many other areas with a wide array of products, solutions and services. So frequently our work does apply to business opportunities like food and beverage, retail, and even airline entertainment. Media and entertainment permeate our culture, both on a personal and business level and at the core of those experiences are images that tell stories. Those stories are delivered as a whole new technology experience, spawned and enabled in part because of Panasonic’s efforts at PHL

What should people do to learn more about PHL?

We are always available for customers and inquiries. You can visit our website https://panasonic.net/cns/projector/casestudies/#museum-exhibition or if you are in the Los Angeles area, schedule a visit to the PHL offices. • • •

Joe Kleimanhttp://wwww.themedreality.com
Raised in San Diego on theme parks, zoos, and IMAX films, InPark's Senior Correspondent Joe Kleiman would expand his childhood loves into two decades as a projectionist and theater director within the giant screen industry. In addition to his work in commercial and museum operations, Joe has volunteered his time to animal husbandry at leading facilities in California and Texas and has played a leading management role for a number of performing arts companies. Joe previously served as News Editor and has remained a contributing author to InPark Magazine since 2011. HIs writing has also appeared in Sound & Communications, LF Examiner, Jim Hill Media, The Planetarian, Behind the Thrills, and MiceChat His blog, ThemedReality.com takes an unconventional look at the attractions industry. Follow on twitter @ThemesRenewed Joe lives in Sacramento, California with his wife, dog, and a ghost.
Share
Facebook
Twitter
Linkedin
Email
Print
WhatsApp
Pinterest
ReddIt
Tumblr
Previous articleAlterface: Ride hybridization
Next articleJRA: The strength of storybuilding