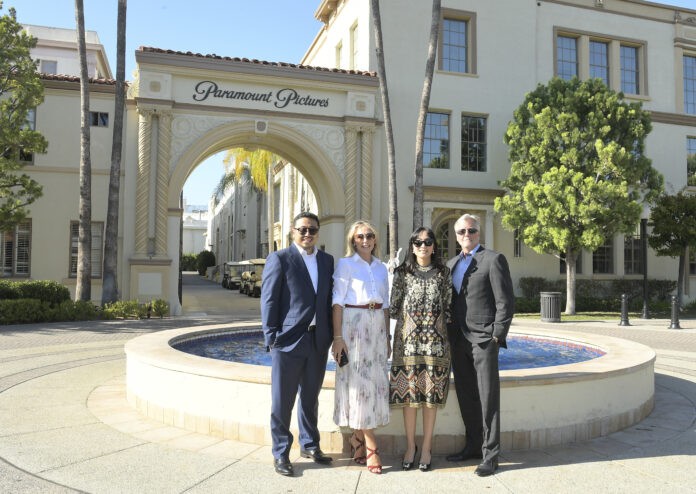 An international collaboration between Paramount Pictures and the Indonesian company, PT Kios Ria Kreasi (Kios), has now oﬃcially announced plans to build a theme park in Bali, Indonesia. The 57 Ha theme park will carry a lush tropical atmosphere and have attractions for all ages. The intent is to create an experience of natural beauty that meets Paramount’s cinematic worlds, infused with Indonesia’s culture and hospitality.

On July 25, 2022, at Paramount Pictures Studio, in Los Angeles, CA, the agreement celebration was carried out by Paramount Global’s Executive Vice President of Themed Entertainment and Experiences, Ty Granaroli, with the Managing Director of Kios, Ade Sulistioputra. It was attended by Kios’ Business Development Director, Adinda Kuntadi, Paramount Global’s Senior Vice President of Themed Entertainment, Marie Marks, along with other representatives from Paramount’s Consumer Products and Experiences group, and joined virtually by Indonesian oﬃcials including the Minister of Tourism & Creative Economy of Indonesia, Sandiaga Salahuddin Uno, the Governor of Bali, I Wayan Koster, The Regent of Jembrana Regency, I Nengah Tamba, the Ambassador of the Republic of Indonesia to the United States of America, Rosan Roeslani, and Managing Director of Perumda Kerta Bali Saguna, Nyoman Kami Artana.

“Paramount is a global brand that captures the imagination of everyone from children to adults. We all have exciting memories of Paramount ﬁlms with a legacy of excellence that has lasted 110 years. We will tap into the Paramount Pictures library of over 1,000 ﬁlms and use brands and characters that will appeal to people of all ages, while other attractions may draw on Nickelodeon’s characters such as SpongeBob SquarePants, Dora the Explorer, and Teenage Mutant Ninja Turtles,” Ade Sulistioputra explained.