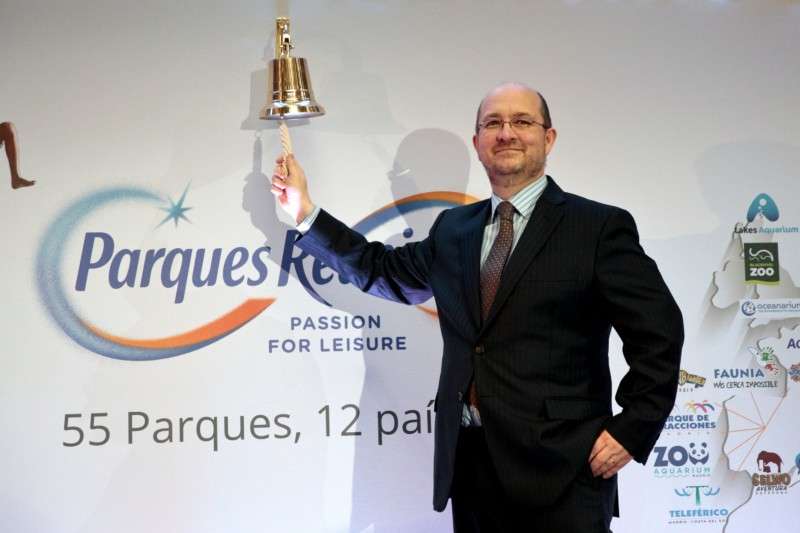 On October 4,  Parques Reunidos’ Board of Directors (the “Board”) decided to accept the resignation of Fernando Eiroa as chief executive officer (CEO) of the Company and as a member of the Board, as well as from all other positions he held at the Company, effective immediately.

In this respect, the Company has launched a search for a new CEO and will update the market as soon as the process is completed. Meanwhile, the Non-executive Chairman Richard Golding has agreed to provide continuity of leadership and oversight until a new CEO is found.

The Board would like to express its sincere gratitude to Fernando Eiroa for his extraordinary contribution to the Parques Reunidos IPO in 2016 and for his fifteen years of service to the Company.

Fernando Eiroa said:“When I look back to all of the great things that have happened since I started in 2004, I feel humbled by the unconditional support of my coworkers and the trust and understanding of the Board, the investors and the shareholders that made all this possible.”

Richard Golding, as Non-executive Chairman of the Board added: “After many years working with Fernando in Parques Reunidos I can only say that he has played a major role in the Company’s success story.”

The Board remains confident in the quality of Company’s assets and growth strategy, the many ongoing projects and openings scheduled for 2019, and its ability to deliver long-term value creation for its shareholders. The Board looks forward to communicating to the market in more detail regarding the positive developments and progress Parques Reunidos is making on various fronts.

Joe Kleimanhttp://wwww.themedreality.com
Raised in San Diego on theme parks, zoos, and IMAX films, InPark's Senior Correspondent Joe Kleiman would expand his childhood loves into two decades as a projectionist and theater director within the giant screen industry. In addition to his work in commercial and museum operations, Joe has volunteered his time to animal husbandry at leading facilities in California and Texas and has played a leading management role for a number of performing arts companies. Joe previously served as News Editor and has remained a contributing author to InPark Magazine since 2011. HIs writing has also appeared in Sound & Communications, LF Examiner, Jim Hill Media, The Planetarian, Behind the Thrills, and MiceChat His blog, ThemedReality.com takes an unconventional look at the attractions industry. Follow on twitter @ThemesRenewed Joe lives in Sacramento, California with his wife, dog, and a ghost.
Share
Facebook
Twitter
Linkedin
Email
Print
WhatsApp
Pinterest
ReddIt
Tumblr
Previous articleAl Hokair Entertainment to add VR gaming to Sparky’s branded entertainment centers
Next articleSilver Dollar City’s An Old Time Christmas returns with Christmas In Midtown Light Spectacular