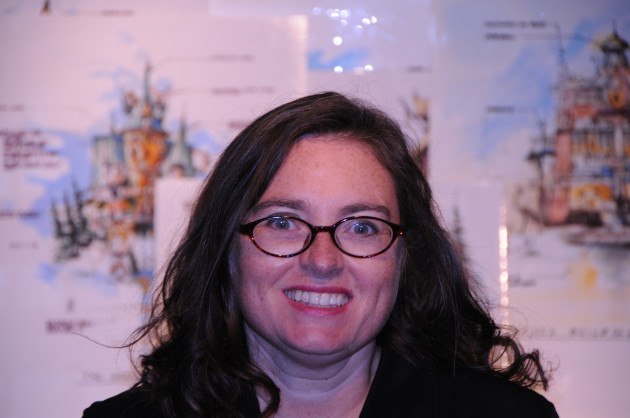 Louisville, KY, USA — The Frazier History Museum has announced that Penelope J. Peavler, a seasoned museum and cultural attractions administrator, has been named President and CEO of the Frazier History Museum following a national search. Peavler will step into her new role on August 1, 2015. Interim Director Paula Hale will facilitate the transition.

Peavler’s duties will include administration, operations, curatorial, education, development and marketing oversight of the 10-year old institution, which is home to a number of significant historical collections. The Frazier also presents and produces local, regional, American and international historical exhibitions.

Peavler has 25 years of experience in the museum and attractions industry as a project director, interpretive planner, advancement and marketing officer, and operations director in hospitality, retail, restaurant, attractions, training, and human resources. Most recently, she served as Director of Brand Development for Weber Group, Inc., a national design, construction and specialty fabrication firm with broad experience in branded and educational environments.  The firm’s clients include Kentucky Kingdom, Great Wolf Lodge Resorts, the Columbus, Indianapolis, and Louisville Zoos, the Children’s Museum of Indianapolis, and the Cleveland Botanical Garden. 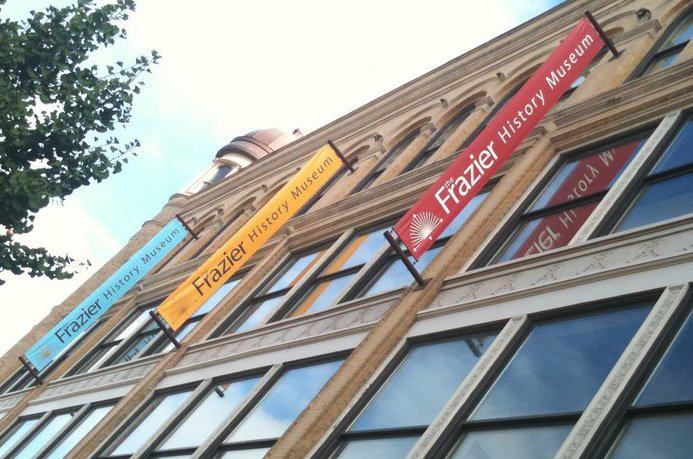 Previously, Peavler served in a variety of roles at the Speed Art Museum, including Director of Public Information, Marketing and Membership, and Director of Special Projects. Her cultural attraction experience also includes marketing, special projects, and human resources directorships at Kentucky Kingdom Amusement Park and Hurricane Bay Water Park and positions at Walt Disney World. She is a faculty member at Bellarmine University in the Department of Arts Administration. Passionate about Kentucky history and originally from Frankfort, Peavler’s family roots go back more than six generations in the Commonwealth.  She serves on numerous industry association boards and has presented seminars throughout the country.

“We are so excited to have the energy and leadership skills that Penny brings to the Frazier,” said Frazier Board Chair Jane Adam. “Her knowledge of the community, experience in the industry and ability to make things happen is just the combination we need to keep Owsley Brown Frazier’s vision alive well into the future.”

The Board’s national search began nearly a year ago as a result of former Director Madeline Burnside’s retirement. Led by the Chicago firm, The Alford Group, the search attracted applicants from a wide variety of institutions across the country.  The Board was unanimous in its selection of Peavler.

Since Owsley Brown Frazier opened the museum in May 22, 2004, it has become one of the community’s important educational and historical assets benefitting more than 20,000 students and teachers per year. The Frazier Museum is a member of the Smithsonian Affiliate Membership Program and the American Association of Museums (AAM) and participates in a reciprocal membership network through the North American Reciprocal Museum Program (NARM).

“I am thrilled and honored to become part of the Frazier family. I have worked with and appreciated this institution for many years and it is so exciting to be part of its future,” said Peavler. “I am committed to earning the confidence the board has placed in me and look forward to working with our staff, partners, donors and members to move the Frazier forward as the community asset it is.”

As part of its continuing 10th Anniversary Exhibition schedule, the Frazier is currently hosting The Lewis and Clark Experience through May 15, 2016. This exhibition takes visitors of all ages on an immersive and educational adventure that asks people to face some of the many challenges encountered by the famed Corps of Discovery.

This summer, the Frazier will present Love, Shirley Temple for a very limited engagement, July 3-8, 2015.  Celebrating America’s Little Darling, this once-in-a-lifetime exhibition features movie costumes, dolls, and childhood memorabilia from the personal archives of the iconic child actress Shirley Temple. Comprised of over 200 pieces, the exhibit spans her rise to stardom in 1930 through the end of her childhood in 1941.

Just recently, the Frazier announced that the Museum will explore and develop the concept of a new and expanded Bourbon experience in partnership with the Kentucky Distillers’ Association (KDA) that will serve as an official starting point to the Kentucky Bourbon Trail® and the Kentucky Bourbon Trail Craft Tour. Through this partnership, the Frazier intends to provide an authentic and inclusive look at the heritage and history of Bourbon, one of the state’s signature products. Preliminary plans developed by global design firm, Imagination, include Bourbon-related exhibits and interactive learning experiences that focus on the various aspects of Bourbon, including the people, places and innovations that have made Bourbon what it is today.  Imagination developed the Guinness Storehouse in Dublin, Ireland and is developing a new Old Forester Bourbon Distillery in Louisville for Brown-Forman Corporation.

Joe Kleimanhttp://wwww.themedreality.com
Raised in San Diego on theme parks, zoos, and IMAX films, InPark's Senior Correspondent Joe Kleiman would expand his childhood loves into two decades as a projectionist and theater director within the giant screen industry. In addition to his work in commercial and museum operations, Joe has volunteered his time to animal husbandry at leading facilities in California and Texas and has played a leading management role for a number of performing arts companies. Joe previously served as News Editor and has remained a contributing author to InPark Magazine since 2011. HIs writing has also appeared in Sound & Communications, LF Examiner, Jim Hill Media, The Planetarian, Behind the Thrills, and MiceChat His blog, ThemedReality.com takes an unconventional look at the attractions industry. Follow on twitter @ThemesRenewed Joe lives in Sacramento, California with his wife, dog, and a ghost.
Share
Facebook
Twitter
Linkedin
Email
Print
WhatsApp
Pinterest
ReddIt
Tumblr
Previous articleCombining Science and Imagination Increases Volume of Orange County’s Discovery Cube
Next articleThemed Entertainment Veterans Greg Lombardo and Eric Williams Join Forces at Fox Consumer Products to Oversee Live and LBE Operations