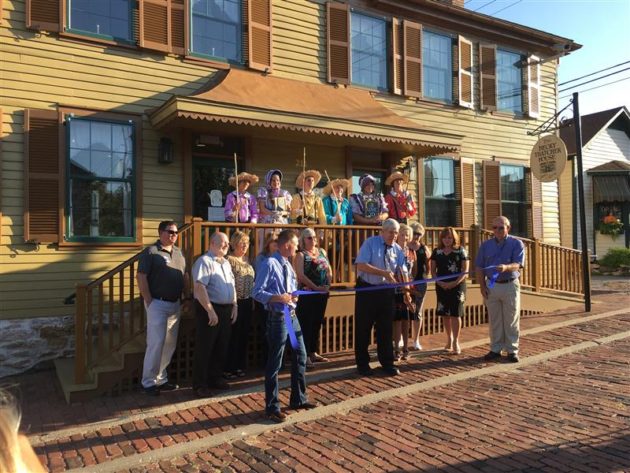 One of America’s favorite love stories, Becky Thatcher is the fictional leading love interest of Tom Sawyer, star and adventurer of American novelist Mark Twain’s (Samuel Clemens’) The Adventures of Tom Sawyer. Sawyer spends much of the novel attempting to woo Thatcher through a variety of artistic, acrobatic, and emotional means, eventually winning over her heart. Mark Twain has noted that the inspiration for Becky Thatcher was his real-life pursuit of Laura Hawkins, who lived across the street from Twain in what is now known as “The Becky Thatcher House.”

“For nearly a century and a half, we’ve known Tom Sawyer and Becky Thatcher so well, through the vivid story-craft of Mark Twain,” says PGAV Destinations VP Diane Lochner. “But the new exhibits at the Becky Thatcher House provide a wonderful opportunity to learn about the true relationship between Samuel Clemens and Laura Hawkins, Becky’s inspiration; the house itself; how the Hawkins family used it; and what life was like in 19th Century rural Missouri.” 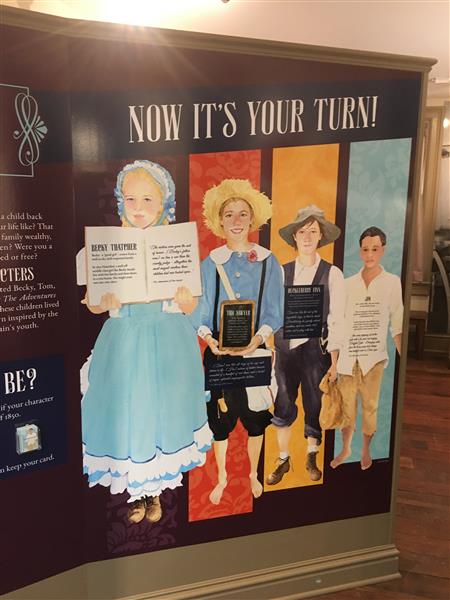 St. Louis-based design firm PGAV Destinations was retained in 2005 to create new exhibits and to freshen and inspire the visitor experience at two of the seven buildings comprising the downtown tour of world-renown author Samuel Clemens’ early life, including the Interpretive Center, the Museum Gallery, and new Boyhood Home Gift Shop. The re-invigorated Becky Thatcher House offers a unique and personal look into social class and daily life, as guests can assume the roles of Becky Thatcher, Sawyer, Jim, and Huckleberry Finn, and appreciate how life was different in the 19th Century Midwest. Amongst new artifacts, graphics, media, and interactives, local illustrator Brenda Beck Fisher has produced custom images of Twain’s world-famous characters throughout the House.

“PGAV Destinations guided us through our challenging project and helped develop it from concept to construction documents,” said Henry Sweets, executive director of the Mark Twain Boyhood Home and Museum. “We are very pleased with the final exhibits in the Becky Thatcher House.”

With the opening of the reconstructed Huckleberry Finn House in 2007 and the restored Becky Thatcher House, Sweets and his team are looking forward to an active and expanded future for the complex. Following their master plan, the team is working toward a full restoration of the John M. Clemens Justice of the Peace Building, and the Pilaster House.

Joe Kleimanhttp://wwww.themedreality.com
Raised in San Diego on theme parks, zoos, and IMAX films, InPark's Senior Correspondent Joe Kleiman would expand his childhood loves into two decades as a projectionist and theater director within the giant screen industry. In addition to his work in commercial and museum operations, Joe has volunteered his time to animal husbandry at leading facilities in California and Texas and has played a leading management role for a number of performing arts companies. Joe previously served as News Editor and has remained a contributing author to InPark Magazine since 2011. HIs writing has also appeared in Sound & Communications, LF Examiner, Jim Hill Media, The Planetarian, Behind the Thrills, and MiceChat His blog, ThemedReality.com takes an unconventional look at the attractions industry. Follow on twitter @ThemesRenewed Joe lives in Sacramento, California with his wife, dog, and a ghost.
Share
Facebook
Twitter
Linkedin
Email
Print
WhatsApp
Pinterest
ReddIt
Tumblr
Previous article
Twenty-Five Astronauts to Participate in Opening of Heroes & Legends Attraction at Kennedy Space Center
Next article
Premier Rides Begins Shipping Hybrid Dark Ride/Reverse Magnetic Launch Coaster to Qatar