Photo Essay: The Space Shuttle in its New Homes 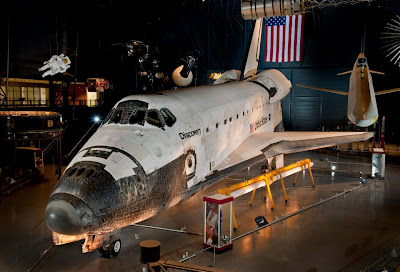 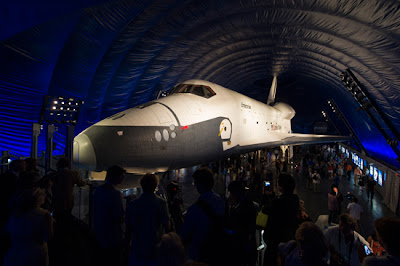 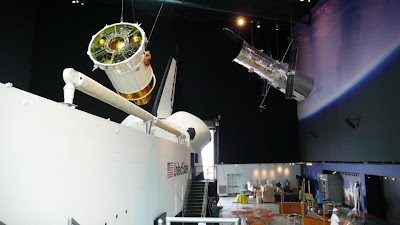 Used by the Space Shuttle crews for decades to train for every single mission, the NASA FFT (Full Fuselage Trainer) is now installed in its new home at The Museum of Flight, Seattle, WA. The FFT exhibit opens Nov. 10.  Photo courtesy Museum of Flight. 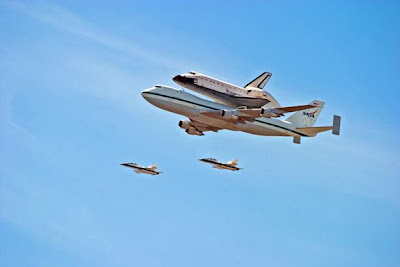 Space shuttle Endeavor circles its new home, the California Science Center, on Sept. 21.  The shuttle is currently being stored in a United Airlines hanger at Los Angeles International Airport.  On October 12-13, the shuttle will be pulled through the streets of Los Angeles County from the airport to the Science Center by a Toyota Tundra pickup.  It will be on display in a temporary pavilion until the museum’s new air and space wing is ready, for which Endeavor will be the centerpiece.  Photo courtesy California Science Center. 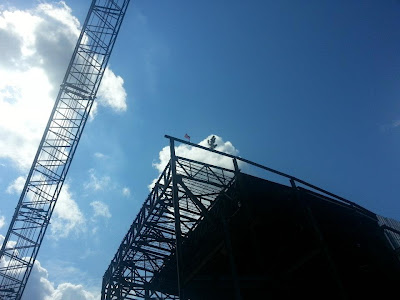 Joe Kleimanhttp://wwww.themedreality.com
Raised in San Diego on theme parks, zoos, and IMAX films, Joe Kleiman would expand his childhood loves into two decades as a projectionist and theater director within the giant screen industry. In addition to his work in commercial and museum operations, Joe has volunteered his time to animal husbandry at leading facilities in California and Texas and has played a leading management role for a number of performing arts companies. Joe has been News Editor and contributing author to InPark Magazine since 2011. HIs writing has also appeared in Sound & Communications, LF Examiner, Jim Hill Media, and MiceChat. His blog, ThemedReality.com takes an unconventional look at the attractions industry. Follow on twitter @ThemesRenewed Joe lives in Sacramento, California with his fiancé, two dogs, and a ghost.
Share
Facebook
Twitter
Linkedin
Email
Print
WhatsApp
Pinterest
ReddIt
Tumblr
Previous articleGateway Ticketing Partners With Metafour UK For New UK Ticketing Solutions Company
Next articleVIDEO: Space Shuttle Endeavour Flies Over Disneyland