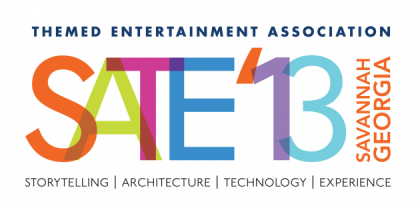 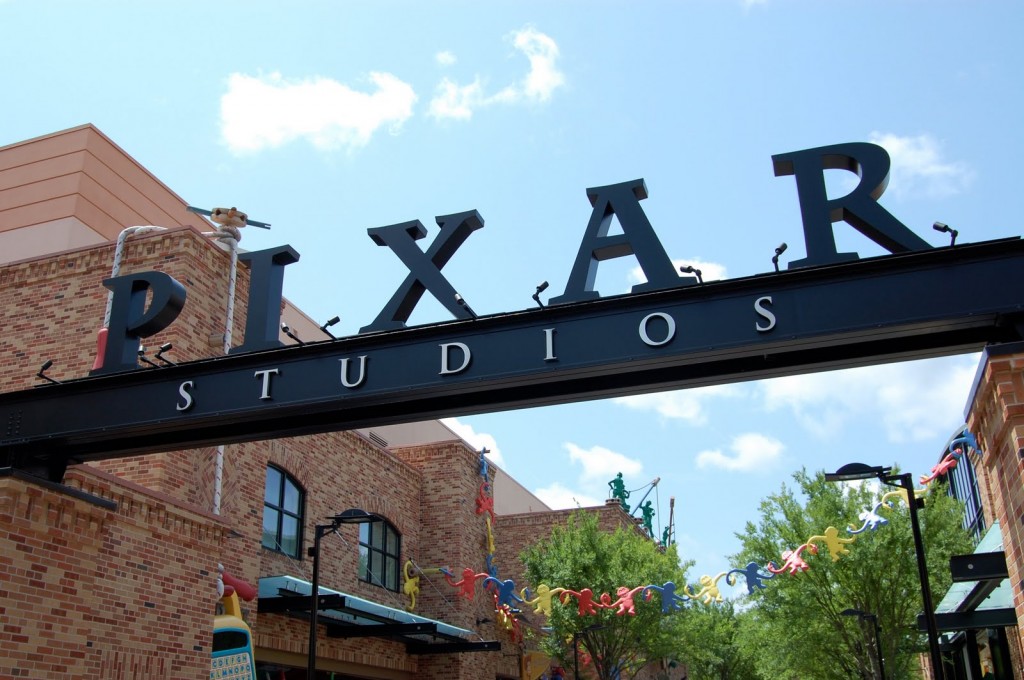 “The Themed Entertainment Association (TEA) proudly welcomes Liz Gazzano and Roger Gould of Pixar Animation Studios as featured speakers in the SATE ’13 Experience Design conference presented by Christie Oct 3-4 in Savannah, Georgia,” says TEA president Christine Kerr of BaAM Productions. “As innovators who played critical roles developing Pixar’s Cars into Disney’s Cars Land, Gazzano and Gould are helping create the future of our industry and well-positioned to address “What’s Next” in keeping with this year’s conference theme. When a great story becomes both a great film and a great theme park attraction, it touches all the SATE buttons: Storytelling, Architecture, Technology, Experience.” 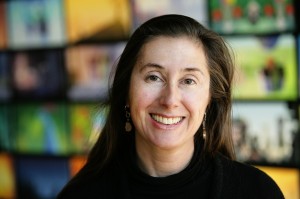 Liz Gazzano is executive producer of Theme Parks at Pixar Animation Studios, where she works closely with the creative director of Theme Parks to oversee and extend the stories of Pixar characters and environments within a Disney Theme Park setting. Her most recently completed project is “Cars Land” at Disney’s California Adventure, which opened to the public on June 15, 2012. She has also worked on “Toy Story Playland” for Hong Kong Disneyland and Disneyland Paris Resort, “Toy Story Midway Mania” attraction for Tokyo Disneyland and “Undersea Magic Nemo Show” for Animators Palate Restaurants aboard the Disney Dream and Disney Fantasy Cruise Ships. 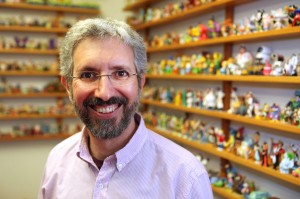 Roger Gould is the Creative Director of Theme Parks at Pixar Animation Studios and works in deep collaboration with Walt Disney Imagineering in the creation of theme park attractions and lands inspired by Pixar’s films. His largest and most recent accomplishment in collaboration with Walt Disney Imagineering and Pixar’s Theme Parks team is the creation and opening of “Cars Land” at Disney’s California Adventure Park in Anaheim, California. “Cars Land” opened to the public on June 15, 2012.

“Gazzano and Gould will be at SATE ’13 to share insights and experiences about how Pixar collaborates with Walt Disney Imagineering to manifest Pixar films in theme parks and other attraction settings,” adds Kerr. “There are many industry lessons to be learned here, in areas such as branding, licensing, transmedia and how to maximize digital assets. There has long been a close, symbiotic relationship between film studios and theme parks, and now digital tools have enhanced the opportunities and the way projects are conceived. We invite all members of the visitor attractions industry to join us Oct 3-4 in Savannah for a fascinating and rewarding industry dialog.”

Commented SATE ’13 co-chair Stefan Lawrence of Stefan Rules!: “One thing we’ve been talking a lot about – and in particular with Pixar coming on board – is what the future of creative collaboration looks like. Increasingly, creatives and techs are working hand-in-hand to create the future of themed entertainment. A big theme with Pixar’s talk will be Pixar’s culture of collaboration and cross-pollination of ideas, and how to encourage that playful exchange of creativity in the way we work now. This is a big part of “What’s Next” as we’ve been developing our conference content.” 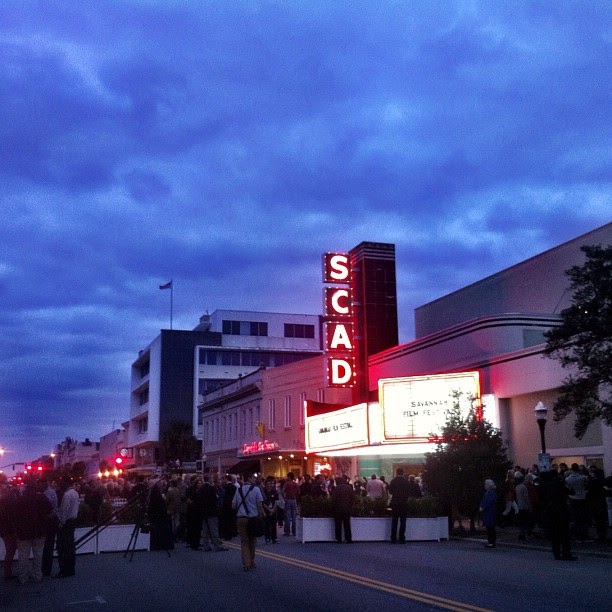 The “What’s Next” theme of SATE ’13 was partly inspired by the location, the Savannah College of Art & Design (SCAD) in Savannah, Georgia. SCAD offers substantial curricula in the field of Experience Design, with industry veterans such as George Head and Mike Devine on faculty and among the TEA leadership. “The affiliation between TEA and SCAD coupled with the acceleration of TEA’s NextGen initiative to actively foster recruitment of the next generation of industry professionals makes SCAD an ideal location for SATE ’13,” says TEA president Christine Kerr.Christine Kerr adds: “In discussion with conference co-chairs Aram Ebben and Stefan Lawrence about how SATE at SCAD could immerse us in an environment of future-thinking students, we decided to make the most of it with a “What’s Next” theme. “The conference will explore Storytelling, Architecture, Technology and Experience with a look at what’s coming and how it will shape content, be impacted by products and services, leverage tools and technologies, influence design and engage the next generation of guests.

“The last point is particularly important for designers and for owner/operators looking forward – how to entertain tech-savvy kids and their parents, hang on to the 18-34 year olds and engage the growing numbers of Baby Boomers who are retiring and looking for things to do in their leisure time; considering what’s “Next” for them, and how we engage them as “Next Generation” visitors.” 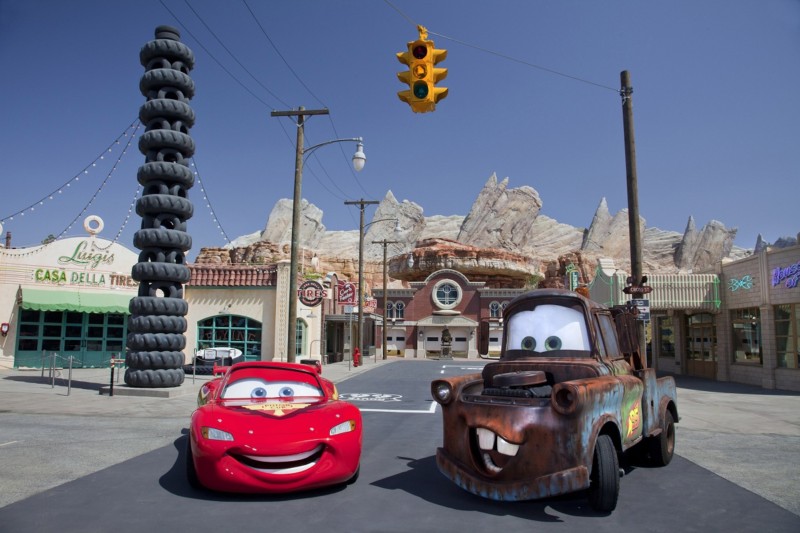 Pixar Animation Studios, a wholly owned subsidiary of The Walt Disney Company, is an Academy Award-winning film studio with world-renowned technical, creative and production capabilities in the art of computer animation. Creator of some of the most successful and beloved animated films of all time, including “Toy Story,” “Monsters, Inc.,” “Cars,” “The Incredibles,” “Ratatouille,” “WALL•E,” “Up,” “Toy Story3” and “Brave,” Pixar’s films and artists have won 30 Academy Awards and have grossed more than $7.7 billion at the worldwide box office to date. “Monsters University,” Disney/Pixar’s fourteenth feature, is in theaters now.

Registration for SATE is now open at the TEA website.

Joe Kleimanhttp://wwww.themedreality.com
Raised in San Diego on theme parks, zoos, and IMAX films, InPark's Senior Correspondent Joe Kleiman would expand his childhood loves into two decades as a projectionist and theater director within the giant screen industry. In addition to his work in commercial and museum operations, Joe has volunteered his time to animal husbandry at leading facilities in California and Texas and has played a leading management role for a number of performing arts companies. Joe previously served as News Editor and has remained a contributing author to InPark Magazine since 2011. HIs writing has also appeared in Sound & Communications, LF Examiner, Jim Hill Media, The Planetarian, Behind the Thrills, and MiceChat His blog, ThemedReality.com takes an unconventional look at the attractions industry. Follow on twitter @ThemesRenewed Joe lives in Sacramento, California with his wife, dog, and a ghost.
Share
Facebook
Twitter
Linkedin
Email
Print
WhatsApp
Pinterest
ReddIt
Tumblr
Previous article
Universal Orlando to Host “A Celebration of Harry Potter” Fan Event
Next article
13 Evils Haunt Howl-O-Scream at Busch Gardens Tampa