PIXOMONDO’s David Garber on The 5 Spot 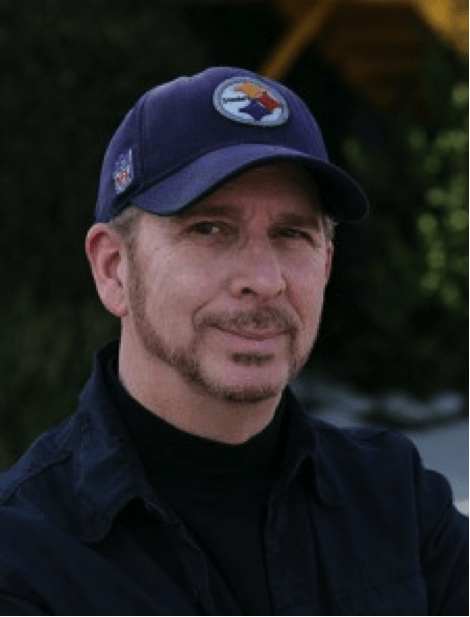 InPark Magazine: Pixomondo is known for its visual effects work in feature film. How did you get involved in themed entertainment?

David Garber: I actually began my work in experiential architecture in graduate school, creating mobile, inflatable worlds populated with dense imagery. To achieve this imagery I turned to visual effects and ultimately landed in Hollywood producing vfx for TV, features and commercials. I then had opportunities to employ my design background in Motion Graphics and began producing extensive Main Title sequences for features, which I found interesting but unfulfilling. I felt a need to break away from the flat screen universe and, returning to my roots, so to speak. I began to explore the world of experiential, immersive media, which in turn led to creating 360 degree dome films and then onward to multiple flying theater, motion platform, dark ride and walk through environmental film attractions.

IPM: You worked on a flying theater in Hubei, China, and you’ve exhibited at AAE. Did your features work help prepare you to work in Asia’s growing themed entertainment sector?

DG: The ability to say that we worked on a “Hollywood feature film that grossed over $300 million” certainly helped in the eyes of potential Chinese clients. Beyond that, I would say that understanding the Hollywood work ethic of being involved on a 24/7 basis with a client-centric focus was a huge benefit when it came to working with our Chinese clients.

IPM: What is your standard project process?

DG: I usually make contact with the client, establish the scope of the potential project, work with our creative and technical teams to create a pitch and bid for the project and, upon being awarded the project, participate in the milestone presentations with the clients, while keeping an artistic and budgetary overview as the project moves through our pipeline to completion and installation.

IPM: Weigh in on the future and role of VR/AR in the industry.

DG: Not sure about the future of VR/AR but my instinct keeps telling me that our immersive future opens unlimited possibilities to create totally experiential realities, without the use of headsets, but rather in a 360 communal environment, holding the hands of our loved ones, as we share stories and experiences that take us back through time, into the future, or through phantasmagorical worlds of three dimensional holographic imagery. Is that weighty enough?

IPM: What changes do you see coming to media production that will change how things operate today?

DG: We’re seeing greater client reliance on our design capabilities as applied to their total attraction, giving the media company a far greater scope in the creation of the final visitor experience. And, by the extension of our services, themed attractions will move closer toward the film production pipeline in which pre-visualization plays a key roll in the efficacy of both the budget and the final product.