For the sixth year in a row, Polin Waterparks has been honored with multiple European Star Awards. This year, the prizes were bestowed in the categories of “Europe’s Best Waterslides” and “Europe’s Best Waterparks.” Polin received the recognition at this year’s Euro Attractions Show (EAS) during a special ceremony on Sept. 25 at the Columbia Theatre in Berlin, Germany. The event took place the evening before the official kick-off of EAS, the largest attractions exhibition in the amusement industry.

With an expansive footprint, the EAS show floor boasts more than 500 exhibiting companies from around the world, representing more than 130 product categories. As the foundation of the EAS, 2017’s trade show floor offers attendees the chance to gain a first look at some of the up-and-coming products, services and technologies in the industry.

Park operators and manufacturers were awarded their prizes personally after an independent, international trade jury voted for and ranked the best attractions, waterslides, rollercoasters and theme parks in Europe. Awardees were recognized for entrepreneurial courage and exceptional innovations within the European theme park industry. The prizes are considered a rare distinction for attraction designers and theme parks, proving their exceptional achievements.

Of particular note regarding this year’s event, Polin’s innovative King Cobra waterslide earned an award for the fourth time in six years. This year’s recognition was as the First Place European Star Award for the “Best Waterslide in Europe” category. 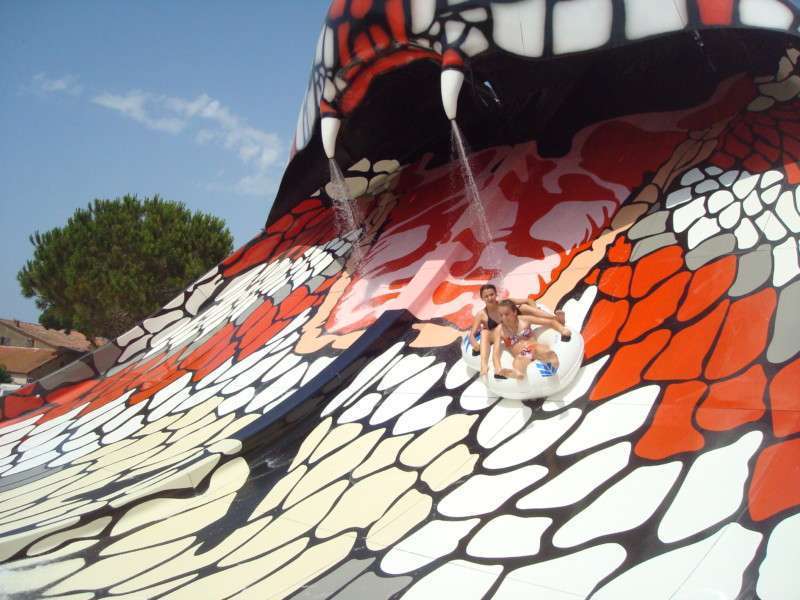 Polin also was honored with seven additional awards in partnership with waterparks that feature its waterslides.

“We truly owe a debt of gratitude to the park owners who put their faith in us to deliver waterslides that create such dedicated fans – fans who come back over and over to be able to experience our rides,” said Sohret Pakis, Director of Marketing and Communications for Polin, who was on hand to accept the award. “We rely on our partners to help us continually innovate our products to meet their and their guests’ highest expectations. We congratulate them all and all the winners.”

The partners who were recognized alongside Polin Waterparks and received awards were: 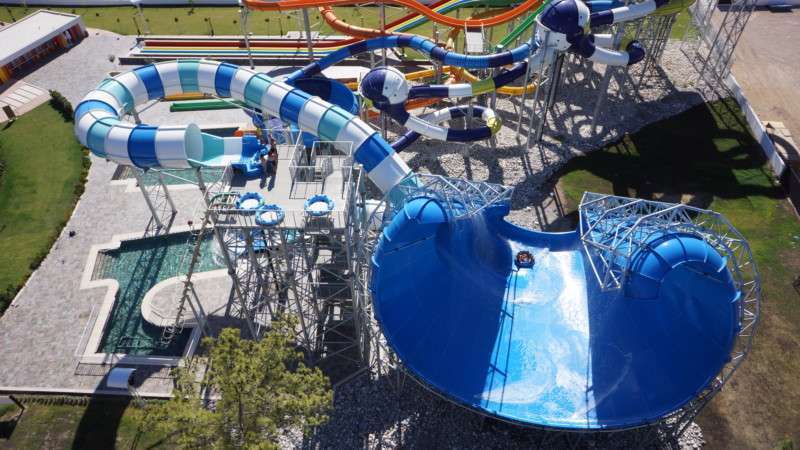 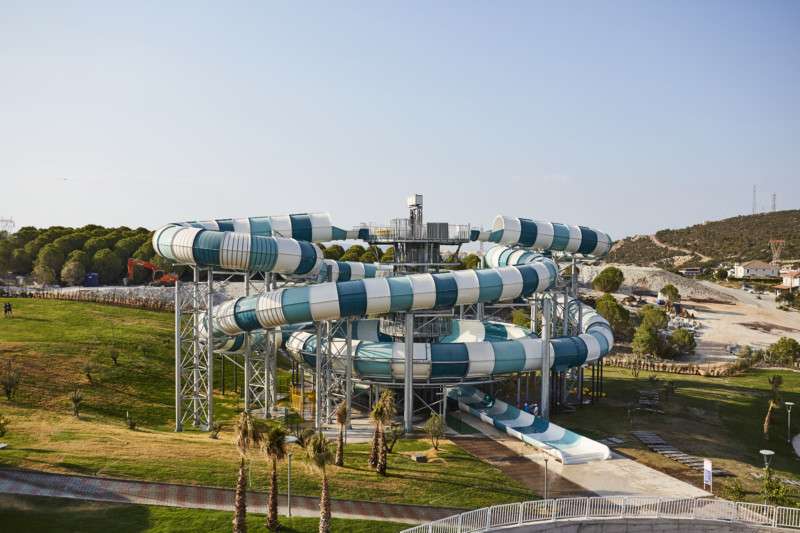 Space Race at Oasis Waterpark, Izmir, Turkey, for Fourth Place in “Europe’s Best Waterslides.” This first-of-a-kind slide only recently opened in Turkey. Guests thrill as they compete with other teams in a race around a giant bowl, swirling opposite directions on identical routes. Teams are able to watch their competition over Polin’s patent-pending dividers so each team can get every available advantage to gain a winning edge. The competition is fierce up until the last second as each team exits the bowl and shoots in opposite directions to the finish for an utterly exhilarating experience. Also Polin’s signature waterslide Space Race received an IAAPA Brass Ring Award in the category of Class A Water Park Ride/Attractions in 2016 and Most Valuable Product for 2016 by Aquatics International magazine. 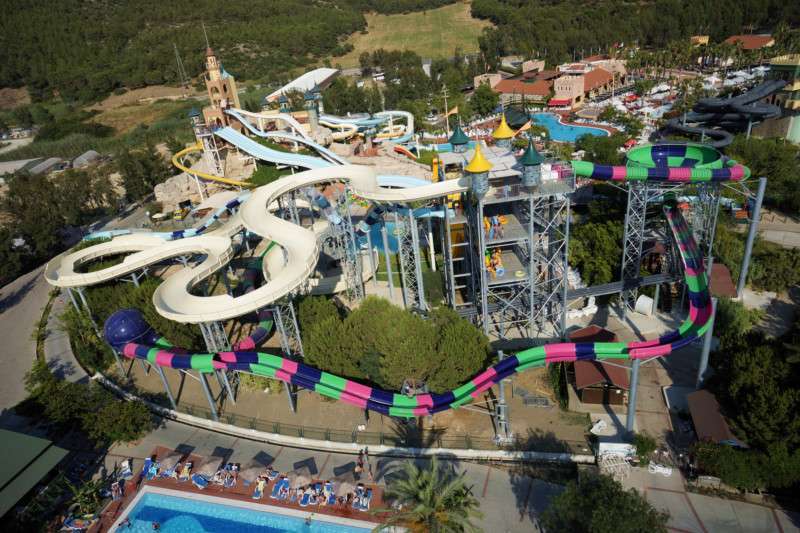 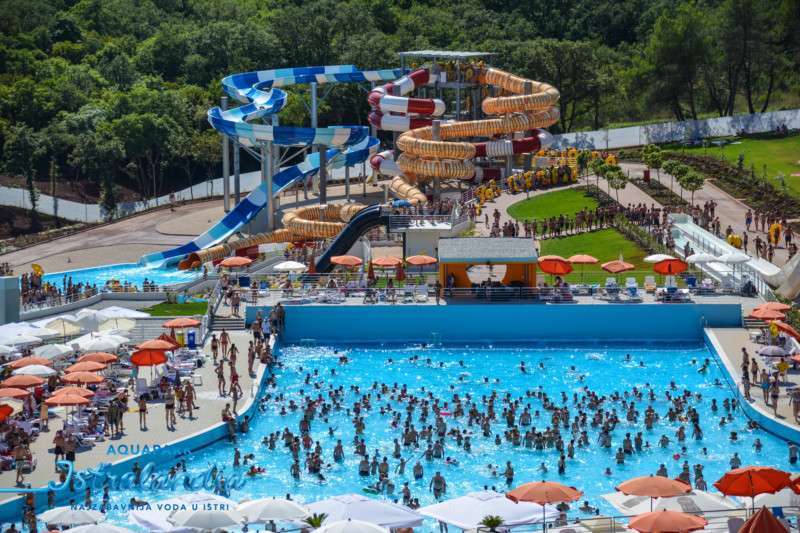 Istralandia in Croatia for Fifth Place in “Europe’s Best Water Parks.” Istralandia was the first waterpark ever built in Croatia. The park expanded this past year and added two new waterslides designed by Polin. (Please see the video for additional information.) 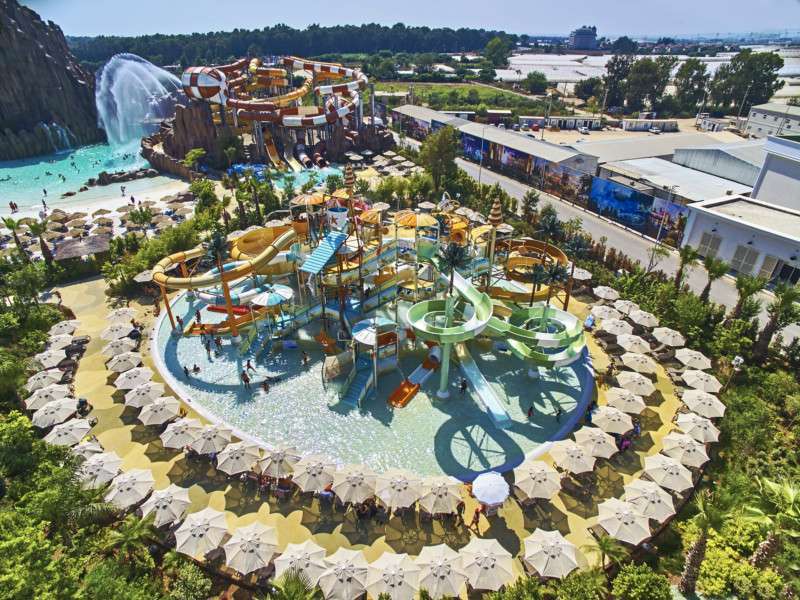 The Land of Legends in Antalya, Turkey, for Eighth Place in “Europe’s Best Waterparks.” The entertainment facility features a long and varied list of attractions – from a five-star hotel to a dolphinarium, a wildlife park and a very promising waterpark. The waterpark section of the project is called “Legends of Aqua.” (Please see the video for additional information.)

After the awards ceremony, Pakis reiterated the company’s thankfulness for being recognized with so many distinctions. “We are very honored to receive these awards. We are especially grateful to the parks who were also winners; they have been such great partners to us as we develop our products. And we extend our congratulations to all of the other winners during the evening. We take great pride in being among them.”

Pakis invited attendees to visit the Polin Waterparks booth at the show to view information about the waterpark attractions that garnered the company its honors. “We want to share our gratitude for these incredible honors with all of our friends and partners,” Pakis said. “We hope everyone can take a moment to stop by our booth and say hello.”

Joe Kleimanhttp://wwww.themedreality.com
Raised in San Diego on theme parks, zoos, and IMAX films, InPark's Senior Correspondent Joe Kleiman would expand his childhood loves into two decades as a projectionist and theater director within the giant screen industry. In addition to his work in commercial and museum operations, Joe has volunteered his time to animal husbandry at leading facilities in California and Texas and has played a leading management role for a number of performing arts companies. Joe previously served as News Editor and has remained a contributing author to InPark Magazine since 2011. HIs writing has also appeared in Sound & Communications, LF Examiner, Jim Hill Media, The Planetarian, Behind the Thrills, and MiceChat His blog, ThemedReality.com takes an unconventional look at the attractions industry. Follow on twitter @ThemesRenewed Joe lives in Sacramento, California with his wife, dog, and a ghost.
Share
Facebook
Twitter
Linkedin
Email
Print
WhatsApp
Pinterest
ReddIt
Tumblr
Previous articleTickets for 2017 TEA SATE Conference at CalArts Sell Out Ahead of Event
Next articleParques Reunidos and Lionsgate Announce LBE Venue for Times Square