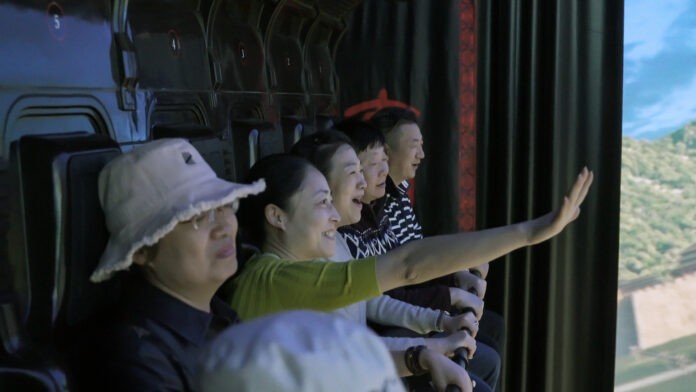 Hengdian World Studios (sometimes called “Chinawood”) was built on farmland in the 1990s and claims to be the largest outdoor film studio in the world, and the source of more than 2,200 Chinese and foreign films as well as TV shows, mostly soap operas. The studio was founded in 1996 by one of China’s first billionaires, Xu Wenrong. His Hengdian Group made a fortune in electronic components in the early years of the country’s capitalist transition. Hengdian World Studios has 13 themed shooting areas with a total area of up to 330ha, and building areas of almost 500,000sqm. Hengdian World Studios consists of a theme park and has attractions such as Guangzhou and Hong Kong Street areas, Emperor Qin Palace, Dazhi Temple and Palace of the Ming and Qing Dynasties. By 2019, more than 150 million visitors have been counted since the opening.