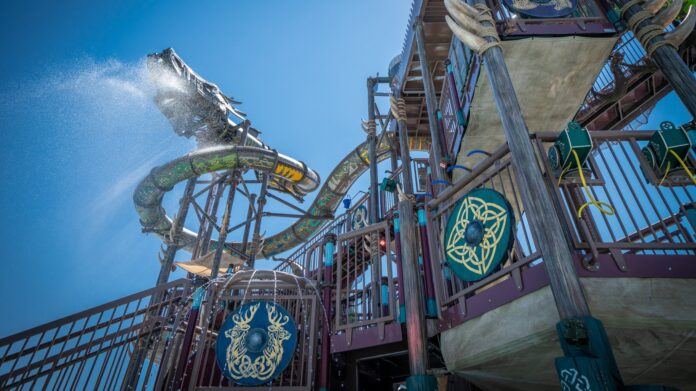 ProSlide Technology Inc. received the World Waterpark Association’s Leading Edge Award for three of its 2021 projects: the custom RideHOUSE Svalgurok at Rulantica, DreamWorks Water Park at American Dream and the expansion of Atlantis Aquaventure in Dubai. The World Waterpark Association presents its Leading Edge Award to suppliers that have developed new concepts, products or services to the benefit of park members, their customers and the waterpark industry. This year’s Leading Edge Awards mark the 14th, 15th and 16th awards for ProSlide, having previously shared the honor with many of its clients and partners globally every year since 2012.

“The Leading Edge Award is a high watermark in our industry, and we’re thrilled to be sharing this prestigious honor with three of our incredible clients”, says ProSlide Chief Commercial Officer Ray Smegal. “These projects showcase the pinnacle of ProSlide innovation and couldn’t have been made possible without the collaboration of our partners at Europa-Park, Atlantis and American Dream”.

Rulantica’s RideHOUSE Svalgurok is housed outdoors and completely customized by ProSlide with gargantuan sea creatures that seamlessly integrate into the park’s mythologically inspired Scandinavian theming. This new addition has elevated the guest experience at the, already, world-leading water world.

DreamWorks Water Park at American Dream is the largest indoor water park in the United States and home to 29 ProSlide water rides. The retail-tainment destination also houses impressive attractions like the indoor body slide – FreeFALL – with a 142-foot drop and the incredibly long indoor HydroMAGNETIC ROCKET at almost 1,400 feet.