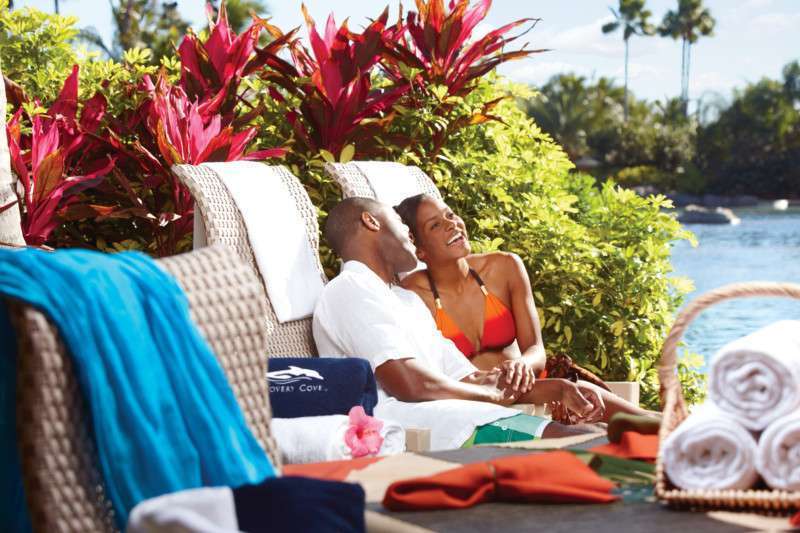 With the opening of Discovery Cove 20 years ago, SeaWorld established an influential, new operations model for theme parks. It has stood the test of time, remaining fresh and relevant by adhering to its foundational premise while investing in expanded and updated experiences.

We looked into how the park has evolved since opening in Orlando in July 2000, maintaining its core identity while providing fresh incentives for return visits, becoming more inclusive to better accommodate all guests and enhancing its educational quotient.

The basics: Discovery Cove is a property of SeaWorld Parks & Entertainment. It was a pioneering model for a theme park in being a premium-ticket, no-lines, all-inclusive experience. SeaWorld took the risk that people would pay for what Discovery Cove offers, and they were right. The basic ticket starts at $149, and daily attendance is capped at around 1,300. The price covers food and drink all day – including freshly prepared meals – use of the park’s wetsuits, snorkel gear and accessories such as flotation vests and pool noodles, wildlife-safe sunscreen, and access to the park’s richly themed waterways, beaches and lounge furniture.

Extras you can pay for include the prized swim with dolphins, educational training experiences with the Discovery Cove zoological team, private cabanas and daybeds, and photos. There are also multi-park admission and program options that include SeaWorld Orlando, Aquatica, and Busch Gardens Tampa.

Discovery Cove is an adventurous, yet relaxing day in paradise, where everything is provided, and you can enjoy it all without leaving Orlando (the closest natural beaches are an hour’s drive away). Your Discovery Cove waterfront day-resort sojourn lets you skip the potential downsides of the beach, too. There are no dangerous tides or jellyfish to look out for, nothing in the fine, white sand that might cut your foot. Restrooms and retail are all a few steps away; disabilities and special needs are accommodated.

Discovery Cove is also a season extender. Temperatures that might be considered too cool for regular beach-going are offset by Discovery Cove’s outdoor heaters, full-coverage wetsuits and warm water. It was a sunny, 70-degree day when we visited in January. A native Floridian might have found it brisk, but we Midwesterners were sharing the park happily with plenty of tourists – groups of teens and young adults, couples and families, and judging by the accents we heard, many were visiting from places that know real winter.

Much in the way Universal CityWalk and Disney Springs deliver a town-square, walkable urban experience in a controlled environment, Discovery Cove delivers a visit to a resort setting. And along with relaxation, it delivers enrichment, in keeping with SeaWorld’s education and conservation mission. In addition to being a leisure destination, the 22-acre park (expanded from the original 15 acres) is home to some 10,000 tropical fish and many other animals – including birds, otters and other small mammals – in addition to dolphins, stingrays and sharks.

In February, Discovery Cove announced that in conjunction with the International Board of Credentialing and Continuing Education Standards (IBCCES), it had completed a staff-wide autism sensitivity and awareness training as well as an onsite review of the park property and guest experience. This process resulted in the park being designated a Certified Autism Center (CAC), per IBCCES – ranked the first all-inclusive day resort and animal interaction experience in the U.S to receive this certification. Discovery Cove’s sister parks Sesame Place and Aquatica also carry the CAC accreditation.

Discovery Cove staff will receive ongoing training to assist guests with Autism Spectrum Disorder (ASD) and their families, to help ensure a positive experience during their visit. “We are committed in our efforts to offer families inclusive activities for children with autism and other special needs,” said Kyle Miller, President of Discovery Cove.

Myron Pincomb, Board Chairman of IBCCES said, “This should be the industry standard, and we’re working with leaders in the field to make that happen.”

In 2018, Discovery Cove unveiled the park’s new Animal Trek, which gives guests the chance to explore behind the scenes and become better acquainted with Discovery Cove’s animal residents. The 60-minute private, behind-the-scenes tour is open to groups of 12, ages six and older. Discovery Cove animal experts guide participants to interact with many of the park’s birds and small mammals in the Explorer’s Aviary and to meet the park’s family of otters in Freshwater Oasis. There are also possible interactions with an anteater and a sloth. Woven into the experience are need-to-know facts about the risks of illegal exotic pet trade, bird longevity and the Species Survival Plan that is a tenet of Discovery Cove and its sister properties..

In 2017, Discovery Cove introduced its Ray Feeding and Shark Swim programs, billed as “giving guests the opportunity to spend time in the water with some of the world’s most misunderstood sea creatures.” There is an upcharge for both programs. The Ray Feeding session takes place early in the morning just as the park is opening. Guests are allowed to hand-feed rays and get a private tour of The Grand Reef, which is home to the rays and thousands of tropical fish.

The Shark Swim brings guests together with the park’s shark team and an opportunity to see the animals up close, learn about their anatomy and the threats sharks face in the wild. Guests have the option to put on a snorkel and swim into closer proximity with the sharks, seeing them from above and even coming faceto-face with them in the deeper part of their habitat. Discovery Cove donates five percent of the proceeds from Shark Swim to the Guy Harvey Ocean Foundation, which conducts scientific research and hosts educational programs aimed at conserving the marine environment.

Freshwater Oasis opened in 2012 to provide guests the opportunity to wade through clear springs, swim and relax under a rainforest canopy and come into proximity to otters and marmosets. Access to Freshwater Oasis and the Grand Reef is included in the price of admission.

The Grand Reef is an artificial reef environment of 2.5 acres and nearly a million gallons of water kept at 77 degrees Fahrenheit. It features multiple levels of exploration and discovery, from shallow waters to deeper swimming adventures and beach, to snorkeling among the reef and a helmet dive adventure.

Exploring along the reef habitats with its paths, bridges and islands, guests can view and encounter many animals (some of them safely behind transparent barriers) including exotic fish, lionfish and reef sharks. Many areas of the reef are just a few feet deep, so even those who don’t know how to swim can explore underwater. For an additional charge, guests can put on diving helmets and walk along the floor in the SeaVenture experience.

Guests can explore the parks aviary (left) or indulge in complete and total relaxation (right). All photos courtesy of Discovery Cove, except for right photo above, courtesy of the author and her very relaxed husband.

One of the pod – the Signature Dolphin Swim Experience

Discovery Cove demonstrated the viability of offering a customizable, VIP experience, a model that has largely been adopted by most major theme park operators as an option to their regular admission ticket. The park’s Signature Dolphin Swim Experience is the outstanding example.

The Dolphin Swim has been the park’s star attraction from the very beginning. There is an upcharge for this popular “fin-ale” and once-in-a-lifetime photo op. As the official park language expresses it, you become “one of the pod” in a 30-minute immersive experience that includes learning about dolphins from the park’s animal care specialists.

Deciding over time what to keep, what to add and what to replace are critical to maintenance and growth. The vision that led to creating Discovery Cove has been validated by two decades of success. With Discovery Cove, SeaWorld gave its audience something they wanted, even if they didn’t previously know they would want it. Discovery Cove continues to be a model for many things – overall guest experience and customer service, pricing structure, combining education and entertainment – a viable business model that also supports SeaWorld’s mission of animal conservation. • • •

Judith Rubin
Judith Rubin ([email protected]) is a leading journalist, publicist, strategist, blogger, content marketing specialist and connector in the international attractions industry. She excels at writing about all aspects of design and technical design, production and project management. Areas of special interest include AV integration and show control, lighting design and acoustics, specialty cinema, digital video and world’s fairs. Judith has ties to numerous industry organizations. From 2005-2020 she ran communications, publications and social media for the Themed Entertainment Association (TEA). In 2013, she was honored with the TEA Service Award. She was development director of IMERSA, and co-chair of the 2014 IMERSA Summit. She was publicist for the Large Format Cinema Association in the 1990s, now part of the Giant Screen Cinema Association (GSCA) and has also contributed to the publications of PLASA, IAAPA and the International Planetarium Society. Already making her mark as a magazine and book editor, Judith joined World’s Fair magazine in 1987, which introduced her to the attractions industry. Launching as a freelancer in the mid 1990s she has contributed to dozens of publications and media outlets including Funworld, Lighting&Sound America, Sound & Communications, Urban Land, The Raconteur and The Planetarian. She joined InPark in 2010. Judith earned a Bachelor of Fine Arts from Pratt Institute. She has lived in New York City and the San Francisco Bay Area, and now makes her home in Saint Louis, where she is active in the local arts and theater community.
Share
Facebook
Twitter
Linkedin
Email
Print
WhatsApp
Pinterest
ReddIt
Tumblr
Previous article21st Century Fox completes spinoff of broadcast and cable assets in preparation for Wednesday’s acquisition by Disney
Next articleGlobal gaze: Asian attractions dominate the 2019 TEA Thea Awards