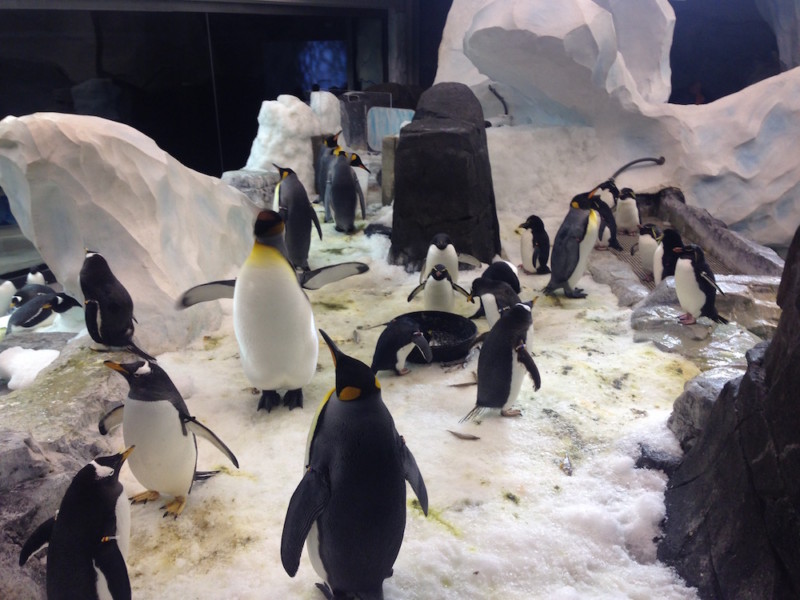 While everyone is talking about the hard thrills and excitement of the park’s newest roller coaster, Mako, the park has continued to promote its message of conservation through its SeaWorld Cares program. While visiting for the Mako opening, InPark checked in on three other experiences in the park that may not make headlines, but are making a difference in the world of conservation.

Antarctica: Empire of the Penguin

SeaWorld’s popular Antarctica family dark ride (profiled by InPark) continues to amuse guests and introduce them to the world of penguins. The real stars remain the park’s collection of penguins featured at the ride’s finale. And guests’ interaction with penguins doesn’t have to end when they get off the ride.

For an additional fee, guests are able to sign up for a behind the scenes tour with a trainer to learn more about penguins and their habitat at the park. The experience culminates with a brief interaction with one of the park’s resident penguins.

This concern for the well-being of animals extends beyond what is visible to guests. We met with Pedro, Supervisor of Animal Care on the park’s animal rescue team. The team becomes aware of an animal in need when the Florida Fish and Wildlife Commission calls saying there is an animal needing rescue (often a manatee, and typically injured by boats or unseasonably cold weather). SeaWorld transports the animal to the park and helps nurse it back to health. The Fish and Wildlife Commission then tells SeaWorld when the animal is cleared to be released back into the wild.

SeaWorld carries out this program within a consortium of zoos and aquariums that support animal rescue, rehabilitation and release. Although the park does receive some reimbursement from the state for this service to wildlife, the majority of the program’s costs are covered by park admissions. It’s not something the average guest may be aware of, but their visit to SeaWorld helps fund a critical animal rescue service. How many parks can boast that?

Although the Mako roller coaster may be getting all the attention, the ride is really the centerpiece of an entire area revitalization. The park’s shark encounter attraction was given a refreshing new look and is now surrounded by three interpretive zones, plus updated retail and food & beverage facilities. Guests still have the opportunity to travel beneath the park’s giant shark tank and watch the graceful creatures swim overhead, but now there is more to see and do in the surrounding area – including learning about sharks and their habitat.

Of particular note is the park’s partnership with Washed Ashore, a non-profit that collects trash from beaches and creates sculptures for cultural institutions. The park commissioned a Mako shark sculpture from the group, which SeaWorld has affectionately named “Finn.” When not on display at the park, Finn may be on a road trip to various schools and events around the country, acting as an ambassador for the park’s educational and conservation outreach.

One thing was abundantly clear: all the staff we encountered are working at SeaWorld because they love the animals they care for and see great value in being able to teach guests about the importance of conservation and environmental awareness.