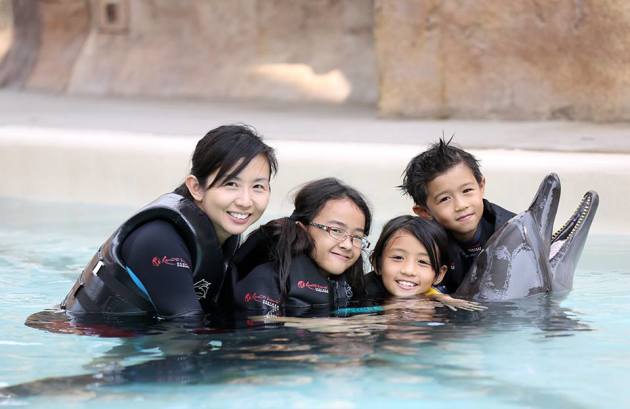 [quote]When people visit these attractions at Resorts World Sentosa, they can be assured that they are supporting a facility that is a leader in the care and conservation of wildlife.” — AZA President and CEO Jim Maddy[/quote]

“By meeting the highest standards, S.E.A. Aquarium and Dolphin Island are ranked among the best zoos and aquariums in the world,” said AZA President and CEO Jim Maddy.

John Hallenbeck, Senior Vice President of Attractions at Resorts World Sentosa added, “At both S.E.A. Aquarium and Dolphin Island, marine education, conservation and research, as well as the well-being of our animals have always been our utmost priority. We are delighted to be one of the few facilities outside of the United States to receive the accreditation from AZA, and we look forward to inspire more visitors to do their part for our oceans.” 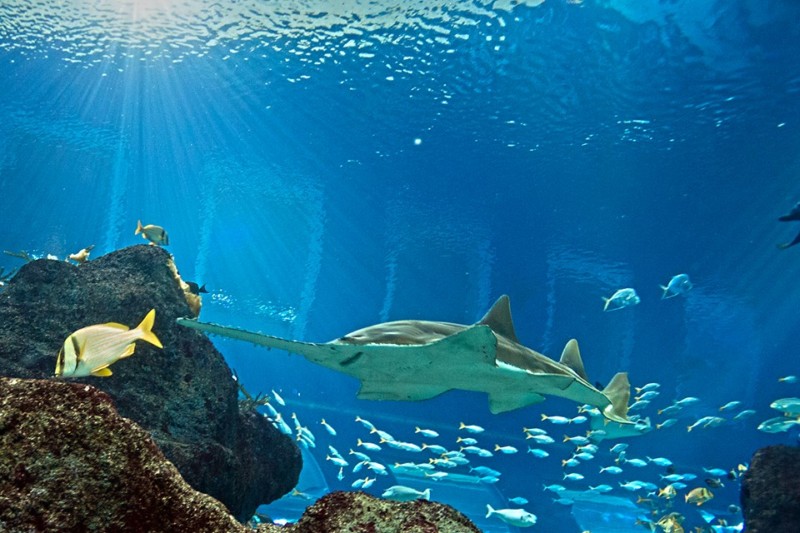 To be accredited, S.E.A. Aquarium and Dolphin Island underwent thorough reviews to ensure that the facilities have and will continue to meet rising standards, including animal care, veterinary programmes, conservation, education, and safety. AZA requires zoos and aquariums to successfully complete this rigorous accreditation process every five years in order to be members of the Association.The accreditation process includes a detailed application and a meticulous on-site inspection by a team of trained zoo and aquarium professionals. The inspecting team observes all aspects of the institutions’ operation, including animal care; keeper training; safety for visitors, staff and animals; educational programs; conservation efforts; veterinary programs; financial stability; risk management; visitor services; and other areas. Finally, top officials are interviewed at a formal hearing of AZA’s independent Accreditation Commission, after which accreditation is granted, tabled, or denied.

The S.E.A Aquarium opened in late-2012 and has welcomed more than 3 million visitors in its first year of operations. It was also recently awarded one of the Top 10 Aquariums in Asia by TripAdvisor’s Travellers’ Choice Awards 2014, and has rolled out a series of special programming to enhance visitors’ experience including a family-friendly Halloween themed month for October. Dolphin Island will also be celebrating its first anniversary since it launched its interaction programmes in September last year where guests can get up-close and personal with Indo-pacific bottlenose dolphins and learn more under the guidance of experienced marine mammal trainers.

Joe Kleimanhttp://wwww.themedreality.com
Raised in San Diego on theme parks, zoos, and IMAX films, InPark's Senior Correspondent Joe Kleiman would expand his childhood loves into two decades as a projectionist and theater director within the giant screen industry. In addition to his work in commercial and museum operations, Joe has volunteered his time to animal husbandry at leading facilities in California and Texas and has played a leading management role for a number of performing arts companies. Joe previously served as News Editor and has remained a contributing author to InPark Magazine since 2011. HIs writing has also appeared in Sound & Communications, LF Examiner, Jim Hill Media, The Planetarian, Behind the Thrills, and MiceChat His blog, ThemedReality.com takes an unconventional look at the attractions industry. Follow on twitter @ThemesRenewed Joe lives in Sacramento, California with his wife, dog, and a ghost.
Share
Facebook
Twitter
Linkedin
Email
Print
WhatsApp
Pinterest
ReddIt
Tumblr
Previous articleDolphin Tale Aquarium Joins Campaign to Save World’s Rarest Marine Mammal
Next articleSeaWorld & Busch Gardens Conservation Fund Awarding Over $1 Million to 57 Conservation Projects