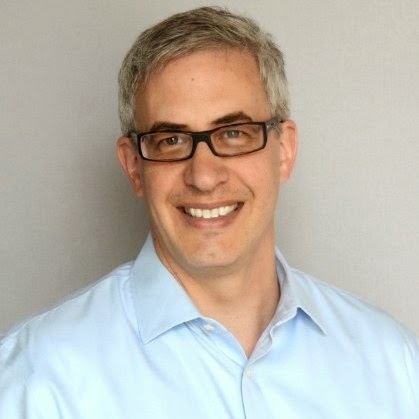 Matt Dawson, Director of Museums and Science Centers at Forrec, was interviewed for InPark by Morgan Richardson following SATE ’14, the annual design conference of the Themed Entertainment Association (TEA).

Tell us a little about your background and role at Forrec.

At Forrec, a design firm that serves multiple sectors including theme parks, I lead the work that has to do with cultural attractions –  museums, science centers, children’s museums, aquariums, and zoos. I was trained as an architect, and early in my career transitioned from architecture to exhibit design. I’ve basically been working in the museum sector ever since.

How does the museum sector fit under the umbrella of “themed entertainment”?

The 2014 SATE Conference was a great demonstration of the spectrum. The SATE presentation on sports entertainment was for me a great indication of how theme park technologies and storytelling techniques are migrating into live sporting events. Similarly, there is a crossover from theme parks toward science centers, museums and other cultural attractions. Oftentimes you’ll have different program components working together as part of a mixed-use site; for instance, you might have a cultural attraction embedded into a shopping district. That’s the kind of world we live in now; the boundaries are less distinct between the different kinds of public attractions.

When designing an educational space, do you take cues from other areas of the themed entertainment industry?

Absolutely – the themed entertainment industry hugely impacts how I think about museum design. There are certain technologies that have been developed in the theme park world that are applicable to museums. But it is the idea of storytelling that goes deeper. Themed entertainment is entertainment that is packaged around a storyline. Many leading storytelling techniques that first emerged in the theme park realm have transitioned to museum design; it’s become standard practice for museum designers to think about what the storyline is, what’s drawing you through this experience. Everything hinges around story.

When designing for a younger audience, how have you navigated around the stereotype that museums are boring?

There are some connotations that date back to the 19th and early 20th century that really don’t apply to what museums and science centers have become now. In fact, some facilities have even gotten away from the word ‘museum.’ The Exploratorium, for instance, is a science center in San Francisco that doesn’t use the word ‘museum’ or even ‘science’ in its name, and for many years has been a leader in hands-on, participatory, interactive learning experiences around science.

Sometimes it’s a matter of adjusting the words to better describe what these kinds of attractions are offering. Museums understand that they are operating out there in a competitive marketplace and need to create the right kind of brand awareness around what they actually offer – which is far from boring.

Tell us about a museum or science center that stands out in your mind for providing a quality themed entertainment experience.

There are leaders in every category of museum. One project that I admire is at The Cleveland Art Museum, which recently put in an experience at the front end that’s a hands-on, digital wall where visitors can access details and information about the collection in a very fluid way. They can pan in and zoom out – in the way we are all used to interacting with our smart devices – to explore the rich variety of content that the museum has to offer before making a decision about which gallery to visit.

The new California Academy of Sciences is another great example that shows where science museums are headed. It has woven together a compelling visitor experience inside with compelling ‘green’ architecture outside – all in service of their goal of furthering sustainability.  Increasingly, signature architecture will become part of the museum experience – not just a fancy container, but an integral part of the visitor experience.

Another science center I greatly admire is Science North in Sudbury, Ontario. We at Forrec are excited to be currently working with them on the design of an outdoor science park that will consist of hands-on and minds-on experiences telling the story of mining and geology in the region.

What’s an interactive technology you see as having a lot of potential right now?

If you think back to maybe 15 or 20 years ago there was a lot of talk about virtual reality as the future but you don’t hear much about VR from the current museum community anymore. However, you do hear the phrase augmented reality [AR]. Augmented reality is a very strong concept for museums, as essentially the idea is to build on reality. Take, for instance, the Royal Ontario Museum in Toronto. They have an incredible dinosaur collection. Those are real dinosaur bones and part of the awe of the visitor experience is knowing that those are real, massive, huge dinosaur bones. What kid doesn’t like that? Augmented reality comes in and builds on the reality through the use of technology on a tablet or a smartphone, to bring in additional layers of information – such as putting a bone into a re-created setting that shows it as part of a fleshed-out dinosaur in its native habitat. We see museums embracing this approach because it builds on their core strengths – authentic experiences with real objects.

What other technologies have significant application in the world of museums?

There are so many that we now take for granted! An example of something that became pretty much standard in a very short time is the custom app. The idea of a custom-designed app that helps guide your experience and provide additional dimensions of entertainment and information has, in just a few years, gone from a novelty to something that guests automatically expect – from, “Wow that’s really cool, I never expected that,” to “Yeah, of course that’s an app,” to “Where’s the app?” And if there isn’t an app, some visitors will consider that the museum is behind the times. The bigger museums have all got them in place now and some are beautifully done. In terms of app design, we are really at the 2.0 stage, where there is more of a seamless transition between the museum content and the handheld app. Over time that kind of technology makes its way from down through the midsize and eventually the smaller facilities. With rapidly evolving technology, the challenge is to keep up with visitors’ rising expectations.

What does the long-term future look like for museums and science centers?

I think it looks very bright. Museums have got the best of both worlds; they have the claim to both authenticity and entertainment. If it’s a science museum, it’s authentic science; if it’s an art museum, they’ve got the real Van Gogh not the reproduction; if it’s a history museum, they’re telling the real, authentic story using real, historical objects. Museums and science centers have been able to claim authenticity as their core purpose and hold onto that in a way that nobody else can.

At the same time museums are benefiting from all of the rising technology, sophisticated storytelling and everything else that’s happening around them in the themed entertainment. It’s a competitive market out there for visitor dollars and time, and museums are staying competitive. I think there is a bright future for museums and science centers because visitors will continue to look to them and respect them for delivering authenticity, while also becoming more engaging by offering more complete, and more compelling, storytelling based visitor experiences.

Judith Rubin
Judith Rubin ([email protected]) is a leading journalist, publicist, strategist, blogger, content marketing specialist and connector in the international attractions industry. She excels at writing about all aspects of design and technical design, production and project management. Areas of special interest include AV integration and show control, lighting design and acoustics, specialty cinema, digital video and world’s fairs. Judith has ties to numerous industry organizations. From 2005-2020 she ran communications, publications and social media for the Themed Entertainment Association (TEA). In 2013, she was honored with the TEA Service Award. She was development director of IMERSA, and co-chair of the 2014 IMERSA Summit. She was publicist for the Large Format Cinema Association in the 1990s, now part of the Giant Screen Cinema Association (GSCA) and has also contributed to the publications of PLASA, IAAPA and the International Planetarium Society. Already making her mark as a magazine and book editor, Judith joined World’s Fair magazine in 1987, which introduced her to the attractions industry. Launching as a freelancer in the mid 1990s she has contributed to dozens of publications and media outlets including Funworld, Lighting&Sound America, Sound & Communications, Urban Land, The Raconteur and The Planetarian. She joined InPark in 2010. Judith earned a Bachelor of Fine Arts from Pratt Institute. She has lived in New York City and the San Francisco Bay Area, and now makes her home in Saint Louis, where she is active in the local arts and theater community.
Share
Facebook
Twitter
Linkedin
Email
Print
WhatsApp
Pinterest
ReddIt
Tumblr
Previous articleVIDEO: Expo Milano 2015 Takes to the Skies
Next articleSky-Skan Adds National Geographic Titles