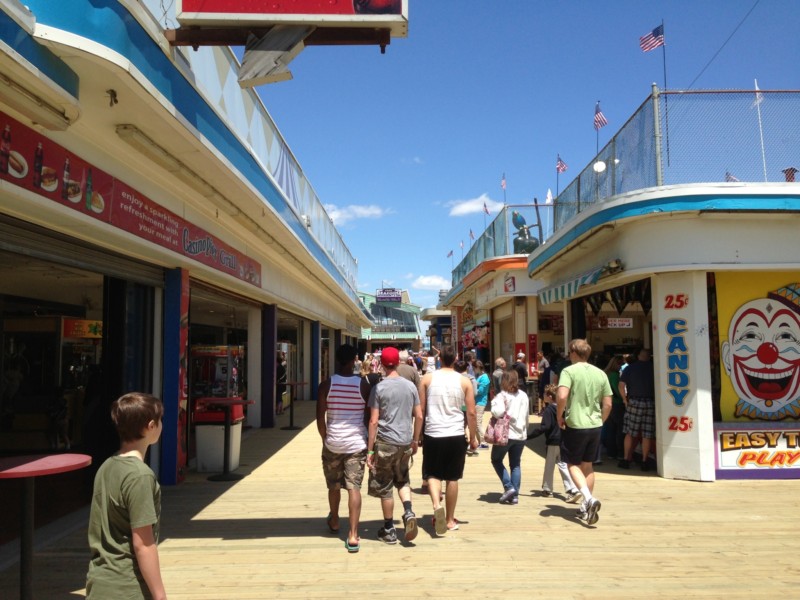 [Editor’s Note: InPark was going to press with this article when news of the tragic fire at the pier arrived on 12 Sept, 2013]

The buzz of the arcade.  The aromas of cotton candy and saltwater.  The screams of happy coaster riders mingled with the pounding of the waves crashing below.  These were the sights, smells and sounds of New Jersey’s Casino Pier for 52 years.  Until they were washed away in an instant, along with most of the Jersey Shore. 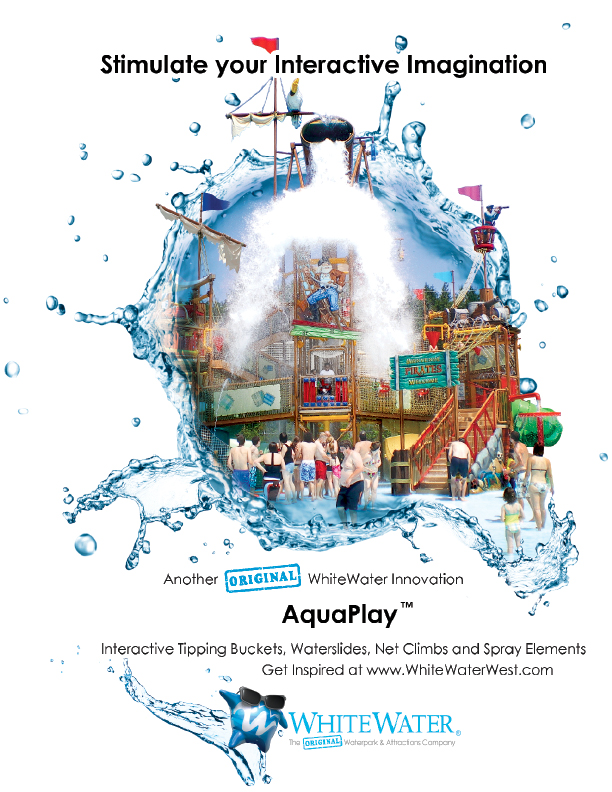 On October 29, 2012, Hurricane Sandy leveled the cherished Seaside Heights amusement park, sending its JetStar roller coaster, Stillwalk Manor dark ride, and Centrifuge ride into the Atlantic Ocean and reducing most of its boardwalk to pilings.  Retail, food and game buildings had to be demolished, and electrical and mechanical infrastructure was unsalvageable.  But Casino Pier’s owners persevered.  With the help of a master plan and attraction program created by Cincinnati firm JRA (Jack Rouse Associates), Casino Pier re-opened its boardwalk to a relieved and excited public on May 24, 2013.  In this article, we interview Maria Mastoris, spokesperson for Casino Pier, and Jeff Lichtenberg, Senior Project Designer at JRA, to discuss the planning and reconstruction process, the need to balance technology and tradition, and the resilience of the Shore. 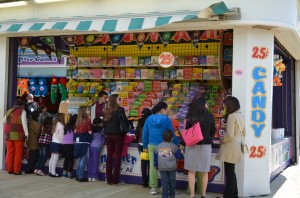 As demoralizing and destructive as Hurricane Sandy was, the words “pack up and go” were never part of the owner’s vocabulary.  “It has never been a question to [them] of ‘if’ we are rebuilding,” explained Mastoris.  “It was a matter of how quickly we could.  The shore means a lot to many people.  It holds generations of memories, and we wanted to rebuild those memories for everyone.”  Added Lichtenberg, “When I went to the November IAAPA Expo in Orlando, just one month after Hurricane Sandy, the question was ‘what can realistically be done by Memorial Day?’  At this point, we were only six months away.”  Because JRA had previously completed multiple projects on the Shore, the Storinos hired the firm in January 2013 to develop an immediate conceptual plan for the lower pier and a long-range master plan for the upper pier.

For the owners, the goal of JRA’s planning effort was to combine the same elements that had made Casino Pier a national treasure for over five decades with new, unique elements and give it all a facelift for this new beginning.  “It was interesting how our plans evolved,” said Lichtenberg, “What existed prior to Sandy was a solid, successful and functional entertainment attraction that over the years had been tweaked to maximize efficiency, entertainment value and profit.  What worked was not to be re-invented but rather enhanced.  JRA studied sight lines, building aesthetics, accessibility and the attraction mix with a goal to create a total experience that addressed all age groups and kept a strong link to the history and nostalgia of Casino Pier.”

Because of the degree to which Hurricane Sandy destroyed the boardwalk and pier, the Storinos and their team had to start from scratch, beginning with the construction of a stronger and more structured pier.  The upper deck, which will re-open in 2014, traditionally housed the more “grown-up” rides, but since the team knew they could only have the lower deck for the 2013 season, they had re-configure this traditional layout to offer a variety of both kiddie and thrill rides in the smaller lower pier space.  Included in this new ride mix are the Super Storm, a spinning pendulum ride that can bring riders up to 70 feet and rotate 360 degrees, and the Surf Shack, a multi-story fun house that resembles a popular attraction lost to the hurricane. 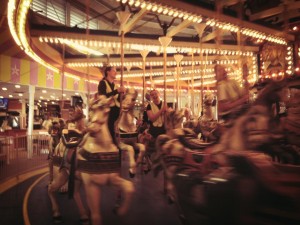 In an increasingly technological age, when entertainment is often dolled out in small, digital, easy-to-swallow bites (or bytes), one of the greatest challenges in re-envisioning Casino Pier has been maintaining its mid-20th century charm while infusing 21st century innovations.  The Casino Pier team had to balance time-honored traditions with the fads of the moment.  Mastoris feels there’s room for the fleeting and the constant: “We believe that this rebuilding process gave us the opportunity to meet the expectations of this generation.  Many of the older visitors like to see the same rides and games, because it reminds them of their childhood.  However, today’s generation needs to be kept amazed and entertained.  By putting rides on the pier, adding new prizes to our games and keeping up with social media antics, I believe we are keeping this new generation satisfied.  The main reason people return year after year is the family tradition of traveling to the Jersey shore and spending time on the boardwalk, creating memories that will last a lifetime.”

According to Mastoris, the Jersey Shore community and visitors have embraced the new look and attraction mix of Casino Pier and have been excited for what lies ahead.  Despite dreary weather opening weekend, guests flocked to the boardwalk and pier, enjoying the arcade, carousel and mini-golf.  Though the majority of rides were not yet open, visitors could see both the progress that had been made to date and the previews of what was to come, and throughout the spring and summer they anxiously awaited Casino Pier’s Facebook announcements of new or returning rides and attractions.  “Guests have been cheering us on and supporting our progress since Day One,” she said.  “A lot of our team members said guests stopped to say ‘thank you’ for a job well done.  It was heartwarming, because we wanted to be open to thank our guests for their support over the last seven months.”

When asked if the return of Casino Pier meant the Jersey Shore was “back,” Mastoris didn’t hesitate: “The mantras ‘Jersey Strong’ and ‘Stronger Than the Storm’ may seem silly, but it has been a way of life here – an anthem to work to.  The Jersey Shore is certainly coming back and coming back better.  Look at what’s been done just since October – it speaks to the resilience of Jerseyans.  There is still a long way to go yet.  Residences need to be rebuilt and neighborhoods need to regrow, but seeing what was done so far makes us confident in the renaissance of the Shore.”