Rapid growth, focused on the future

RWS Entertainment Group (RWS) acquired three companies over the past six years – Binder Casting in 2016, JRA in 2021, and ted (The Experience Department) in 2022 – to position itself as an award-winning, full-service provider of attractions and experiences.

As a leading, live entertainment company, RWS was already a major force in the US and abroad, on land and at sea, with an impressive roster of clients ranging from Cedar Fair Entertainment Company and Europa-Park to Holland America Line and MSC Cruises, to Warner Bros., Apple, Vera Wang and Disney. Now, RWS has offices in London and Cincinnati in addition to its flagship New York City location, with expanded capabilities that enable RWS to offer a 360-degree approach to turnkey experiences.

Now, says RWS Founder & CEO Ryan Stana, “We have it all. Our goal every day is to raise the experience of our clients, our visitors and our talent by doing it all.”

Binder Casting casts Broadway, off-Broadway, and national touring productions, in addition to commercials, films, and more. This 2016 acquisition enabled RWS to provide a trajectory for performers, because “without great talent, we don’t have great product,” notes Stana. Now, an individual can start their career in a frontline guest experience role as part of the RWS Fun CrewTM; move on to a performer role in a park; then to a resort or cruise ship; then to TV, movies, Broadway or even a full-time position at RWS. By creating this career path, RWS is able to train and retain talented performers who entertain around the world.

Cincinnati-based JRA became an RWS subsidiary in 2021. With this acquisition, RWS brought in an award-winning creative studio that master plans, designs and delivers visitor experiences for attractions, theme parks, visitor centers, museums and more. JRA President Keith James has worked over five decades in the industry and is a recipient of the Themed Entertainment Association’s Buzz Price Thea Award for a Lifetime of Distinguished Achievements.

By November 2021, RWS Entertainment Group had seemingly completed filling its portfolio with the combined power of its services and those of Binder Casting and JRA.

But in April 2022, the acquisition of ted added even more capabilities to the group’s roster, giving new meaning to the concept of “having it all” – or perhaps better said, “delivering it all.”

RWS Executive Vice President Danielle Kramer chimed in on how RWS is making the most of its expanded capabilities to provide a one-stop shop for developing guest experiences – in its own unique way. Just as RWS created a performer trajectory, through these strategic acquisitions RWS has now developed a client trajectory. Kramer says, “We plan, design and develop the production. We bring in the performers. We provide the technology. We manage the operation. And we create and sell custom merchandise for our clients – all under one roof.”

“That’s why we say we’re one company with endless possibilities,” says Stana.

But rather than being a story of rapid and dramatic growth, this tale could have gone in a different direction, because ted and RWS were poised to compete in Europe. And ted was not for sale.

Breese-Davies and Stana charted similar career paths, though on different continents. Both started working in entertainment during college – Breese-Davies brought in artists to perform at the university he attended in the UK, and Stana put on productions at his college in the US. Both formed their own entertainment companies after college.

Eventually, RWS was looking for an opportunity to expand with an office in London – squarely in the turf of ted, their biggest competitor in Europe. As Breese-Davies puts it: “I was very aware of RWS, and they were aware of ted.” The two CEOs had never met, but they were on a potential collision course.

One day, Breese-Davies headed to a client event celebrating a ship launch. RWS also counted MSC Cruises as a client, so Stana was at the same event. They finally met. “And we absolutely hit it off,” recalls Breese-Davies.

Stana laughs, saying that upon meeting the ted CEO, he thought, “Boy, he would be a good friend of mine – if we weren’t competitors!” And then: “Why not buy them?”

“Ryan didn’t use the cheesy ‘everything is for sale’ cliché, but he made some compelling points,” Breese-Davies chuckles. Because RWS was outsourcing for services ted provided, the acquisition would allow RWS to help grow ted’s business while enabling RWS to offer those services to clients in North America. “It was a tremendous growth opportunity,” concludes Breese-Davies.

“ted provides wellness and fitness, AV and lighting, animation and custom merchandise, which RWS never did,” says Stana. “So, it fills our gaps in the United States. In addition, we bring all our services with talent, casting and production to ted. And we’re able to shift all of those services in-house, resulting in higher standards and lower costs for our clients.”

With thousands of people working together on projects spanning five continents and the oceans in between, RWS is focusing on collaboration, branding and hiring to meet their clients’ needs. A recent leadership swap allowed the executive team to learn more about the skill sets of their new co-workers. Says Kramer, “It was invigorating. We’re diving into all of the ways we can collaborate and best serve our clients, our full-time staff and our seasonal talent.”

Stana notes that working with the breadth of clients in the RWS portfolio is an advantage. “Cruise ships are learning what theme parks do. And theme parks are understanding what cruise ships do. Because we work in both sectors, we’re in a pivotal position to help them learn about each other’s businesses. I’d love to continue to expand on that,” he says.

A branding campaign is in the works for RWS in 2023. Currently, Binder Casting, JRA, and ted operate under their original company names and each company’s website notes that it is “part of RWS Entertainment Group.” Stana recognizes the brand equity at play; all of the companies RWS has acquired have longevity spanning multiple decades. The brand realignment will establish a cohesive identity that respects those legacies. Breese-Davies, Kramer and James – and the decades of experience that they bring to their roles – remain in place.

With more projects and productions in the pipeline, Kramer notes that staffing is key. To that end, RWS has made several recent strategic hires. Ryan Saab, formerly of Royal Caribbean Cruises, is now RWS’s Senior Vice President of Talent Casting & Recruitment, responsible for ensuring that performers are ready to entertain guests all over the world. To help develop new productions, Damien Gray, who has Disney and Universal credits on his resume, was brought in as Director, Immersive Creative Content. And as RWS seeks additional growth, they’ve hired museum and zoo industry veteran Robby Gilbert as Global Director, Business Development, and operations expert Jake McCoy as Director of Operations for ted.

Even as RWS works to integrate JRA and ted, Stana remains focused on the future. RWS’s primary tool to achieve its aspirations is a document Stana calls the “Time and Action,” which lays out what needs to be accomplished by RWS globally each month to reach annual goals. This is no dusty vision document that lingers in an unopened file. Stana says, “At every full staff meeting, you’ll hear me say, ‘Where are we with the Time and Action? What’s on track and what’s falling behind?’ That’s our guidepost.”

To IAAPA … and beyond

Stana, Kramer, Breese-Davies, James and the RWS leadership team are looking forward to greeting current clients and meeting future clients at IAAPA Expo 2022 in Orlando. Stana says, “We’re there to meet with museums, developers, IPs, brands and visionaries looking to create the next great destination attraction. Come to the JRA booth [1069], and meet with all of our teams across ted, JRA and RWS.”

The companies are also participating in other ways. RWS Entertainment Group is a platinum sponsor. JRA and ted are each Silver Sponsors of the EMEA Reception Wednesday night (Nov 16). RWS is also the live entertainment producer for IAAPA Expo. Stana shares, “I started going to IAAPA 17 years ago, and now, being the company selected to produce it … . It’s like I live a dream every day, doing what I’m doing.”

Company leaders are also giving presentations. On Nov 16, members of the combined RWS team will present the Sponsor Spotlight session “RWS Entertainment Group: One Company Endless Possibilities,” on the EDUTalk Stage, where attendees can learn more about the group’s combined capabilities and exciting future. Shawn McCoy (Executive Vice President, JRA) is a presenter for “2022 Emerging Trends in Immersive Design” on Nov 14 and Clara Rice (Global Director, Marketing & Communications, RWS) is a facilitator for the roundtable, “IDEA – Inclusion, Diversity, Equality & Accessibility” on Nov 16. (Check the IAAPA program for details.)

Participation in industry groups by RWS leaders also takes the form of Board service. JRA Vice President Chloe Hausfeld is wrapping up her term this year on the IAAPA International Board of Directors and Rice is wrapping up hers on the TEA Board as well.

The year 2023 will mark the 20th anniversaries of RWS and ted, the 40th anniversary of Binder Casting and the 35th anniversary of JRA. Kramer says that she’s excited about unveiling the first project that will tap into the talents of all four subsidiaries. “I think it will be jaw-dropping for our clients to experience what we’re able to provide and how it truly is turnkey,” she shares, though at this writing she was unable to reveal additional details.

Stana says that in the coming year, “What I’m most looking forward to is the multitude of projects in development, on land and at sea, and all over the world, including our slate of Halloween and holiday attractions. And there will be more opportunities for RWS, ted and JRA to work together in new regions and in new verticals.”

The ultimate goal is, as Stana says, “World domination. Why not? It’s in the Time and Action.” And he laughs.

To set up appointments with RWS companies at IAAPA Expo in Orlando, email Chloe Hausfeld. 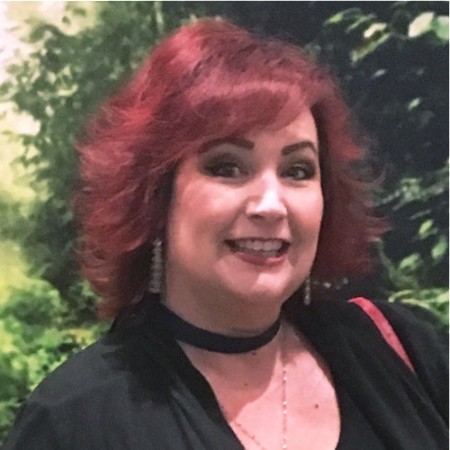 Wendy Grant
Wendy M. Grant has worked in marketing for more than 25 years. She served as Director of Marketing and Communications for San Diego’s Fleet Science Center, home to the world’s first IMAX Dome Theater, where she directed marketing for all exhibitions, films, shows and events for 13 years. She served on the Marketing Committee for the Giant Screen Cinema Association and she was a board member for the Giant Dome Theater Consortium. Prior to working in the museum field, she was Director of Marketing at Marine Corps Air Station Miramar where she helped to produce the annual Miramar Air Show. Since 2019, Grant has worked as a communications consultant, writer and editor, with clients in the education and entertainment fields.
Share
Facebook
Twitter
Linkedin
Email
Print
WhatsApp
Pinterest
ReddIt
Tumblr
Previous articleCedar Fair appoints two new board members as two former members exit
Next articleFuturoscope opens new mixed media attraction, powered by Modulo Pi media servers