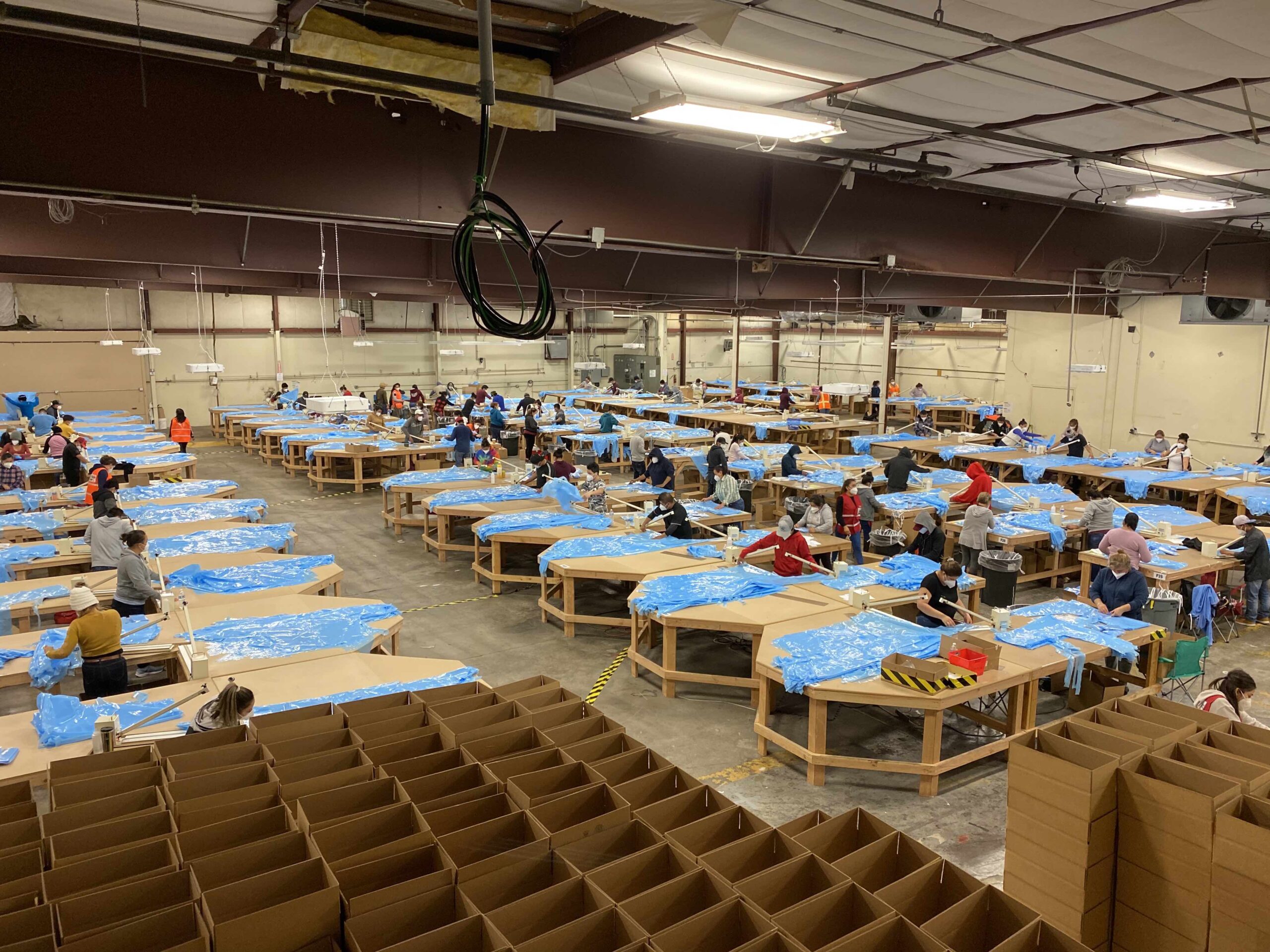 Back in late March, during the early days of the pandemic in the US, theming fabricator Daniels Wood Land (DWL) began mass-producing safety gowns for use by frontline workers and first responders. As EVP Business Development Andy Dauterman explained at the time “Our local Fire Department presented us with a plastic disposable gown that was in short supply. We took their sample, figured out how to build it and made a prototype in 24 hours.”

Fast forward to 2021 and the company has continued to offer theming services while launching an entirely new corporation (DWL Enterprises) designed to handle an increased demand for gowns. The company added over 1,500 new workers and is operating out of three facilities. Dauterman himself received a promotion to Chief Marketing Officer and is currently focused on procuring supplies for gown production.

The main driver for the massive growth was a government contract for plastic isolation gowns awarded in September 2020. Since starting production DWL Enterprises has produced over 8 million of these new gowns. Each day workers create over 190,000 gowns, with plans to ramp up production to 250,000 per day. That requires hiring an additional 500 employees.

The gowns for the government contract are different from the initial ones DWL began producing in March and according to Dauterman it was “like switching from making cars to making trucks – it’s the same idea, but different components.”

The government contract is funded through March but extensions seem likely with the continued rise of Covid cases, particularly in California, where DWL is located.

DWL still has 50 employees in its new headquarters facility, and workers there are largely supporting the DWL Enterprise effort by building equipment and work stations for gown production. The company recently purchased a Massivit 3D Printer, a precision waterjet cutting machine, upgraded their carpentry equipment, installed a new spray booth, and bought new fiberglass production equipment. Ownership is hoping these new investments will position the company for a quick return to theming fabrication work once the pandemic subsides.