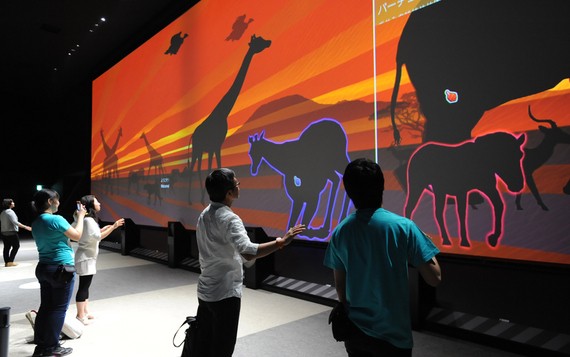 The first attraction of its kind in the world, Orbi fuses BBC Earth’s world-leading nature content with SEGA’s cutting edge technology to create an entertainment experience that plunges visitors into the heart of the natural world – this is “nature supercharged.” Orbi has been developed by teams in Japan and the UK over the past two years since SEGA and BBC Earth, BBC Worldwide’s global natural history brand partnered to create the new attraction in June 2011. 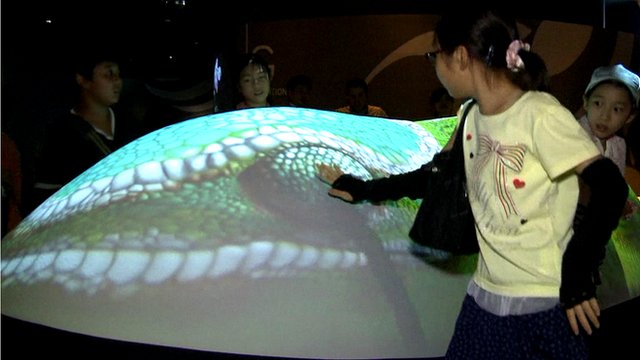 The BBC has been at the forefront of natural history film making for over 50 years, capturing all forms of life and bringing incredible stories and characters to audiences worldwide. Groundbreaking series such as Blue Planet, Planet Earth and Life have revealed new insights about our planet in astonishing high definition. SEGA is a creative powerhouse that develops real game changing entertainment concepts using technology innovation. Orbi is the latest of these, using cutting edge technology to bring people closer to nature than they ever imagined could be possible, nowhere else can you experience life at the centre of a wildebeest herd or in the deepest ocean depths.

A multi-sensory experience, Orbi invites you to touch, smell, see and hear our planet as you explore each interactive experience, every step bringing you closer to our planet. 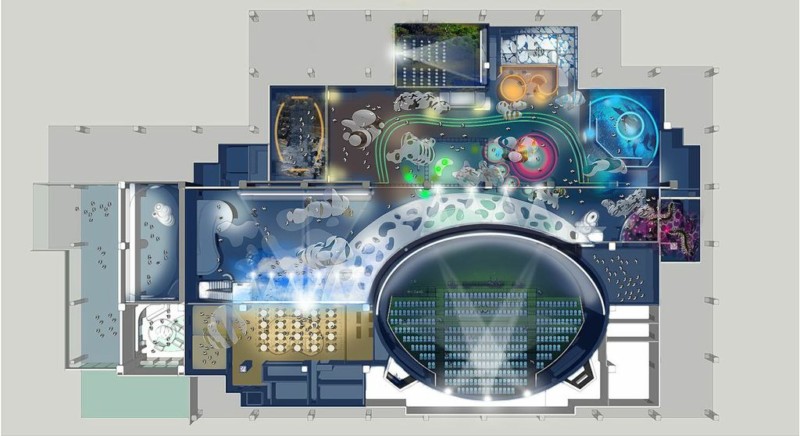 The attraction features a main theater and 12 walk-through entertainment experiences for visitors to explore. The main theater is equipped with one of the largest screens in Japan (40 m W × 8 m H) and shows new films from BBC EARTH, produced and edited exclusively for Orbi. The entertainment experiences draw on animal and nature themes, allowing visitors to experience the full variety of life on earth, all brought to life using physical sensations, high definition imagery, high-tech sound installations and scent technology.

Orbi Yokohama is a journey in three stages; visitors first enter the pre-show area that invites them to discover earths mysteries by travelling to 12 different zones including the skies above, the deep ocean, the jungle and the arctic. The main-show is a theatre experience, where visitors see nature on a truly grand scale, with BBC Earth films created for one of the biggest screens in Japan. In the post-show area visitors can look back on their day, capture their favorite moments and get closer to BBC Earth’s film-makers, understanding what it takes to create groundbreaking nature films. 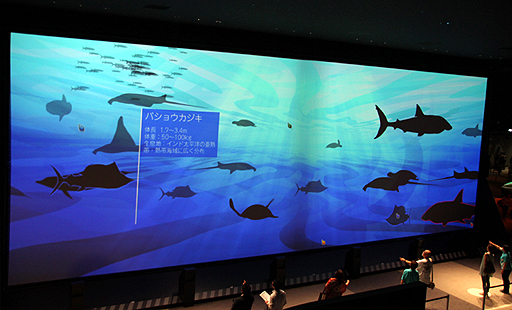 Visitors to Orbi first enter the pre-show area where they experience 12 different entertainment exhibitions themed around earth’s different habitats.  People are free to wander through the pre-show area, discovering an unknown earth and the secrets of life as they move through the different entertainment zones.  Imagine what it must be like at the centre of a wildebeest herd, 1.3 million strong, or travelling to the icy wilderness of the Arctic and feeling a wind-chill temperature of -20⁰ C on your skin.  Orbi takes you there and further.  Visitors delight in soaring over our planet on a 40,000 km journey created using BBC footage shot from the sky.  A “life-sized animal encyclopedia” invites visitors to learn more about the fascinating creatures we share our planet with, showing how they work and allowing visitors to see how they measure up.  Orbi brings these discoveries to life, showing new sides to our planet, revealing amazing facts about earth, and life in the style of an amusement park allowing visitors to learn through play.

The key feature of the facility, the Main Show area, offers a spectacular visual experience that fills the audience with a sense of awe and wonder as they gather in front of the enormous curved screen in this special theatre that fully demonstrates what SEGA and BBC EARTH set out to achieve in creating Orbi. The front screen of the theater is one of the largest in Japan, spanning an incredible 40 meters across and 8 meters in height. The theater shows a completely original story produced by BBC EARTH for Orbi, and a one-of-a-kind edited film produced specifically for this unique venue that is approximately the size of 3 full movie screens (full HD). This film blends breathtaking images shot at the same locations to create the sensation of being enfolded in a dramatic scene from nature.

Over and above the visual sensation, SEGA builds on this experience by utilizing performance elements and technologies used in stage shows and attractions. All your physical senses will be electrified by a performance that stimulates not only the visual sense, but also includes smells, wind, fog, flashing lights, and base stereophonic sound through an ultra-stereo sound system. These elements combine to create the ultimate viewing experience, nature films on an awesome scale that move the audience with the wonders of the Earth and life as experienced through the vivid realism of the Main Show. 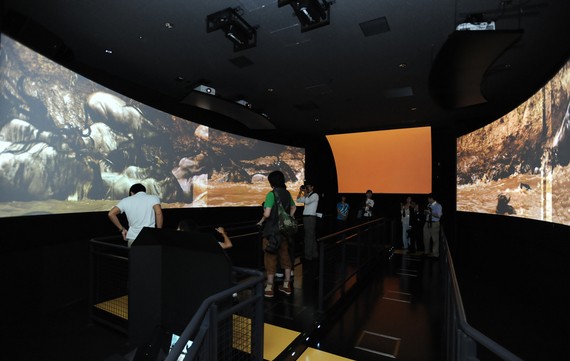 In the final Post-show area, visitors can look back at the Orbi experience and savour their encounters. Visitors are able to look back on their trip and capture lasting memories of their visit with pictures taken as they travelled through Orbi. A behind-the-scenes area shows the other side of the BBC’s cameras, providing a glimpse of a nature filmmaker’s life on location. In addition, visitors can enjoy a café that overlooks the entire facility, and a gift shop that sells exclusive souvenirs.

Joe Kleimanhttp://wwww.themedreality.com
Raised in San Diego on theme parks, zoos, and IMAX films, InPark's Senior Correspondent Joe Kleiman would expand his childhood loves into two decades as a projectionist and theater director within the giant screen industry. In addition to his work in commercial and museum operations, Joe has volunteered his time to animal husbandry at leading facilities in California and Texas and has played a leading management role for a number of performing arts companies. Joe previously served as News Editor and has remained a contributing author to InPark Magazine since 2011. HIs writing has also appeared in Sound & Communications, LF Examiner, Jim Hill Media, The Planetarian, Behind the Thrills, and MiceChat His blog, ThemedReality.com takes an unconventional look at the attractions industry. Follow on twitter @ThemesRenewed Joe lives in Sacramento, California with his wife, dog, and a ghost.
Share
Facebook
Twitter
Linkedin
Email
Print
WhatsApp
Pinterest
ReddIt
Tumblr
Previous article
Cedar Fair Sells Knott’s Soak City Palm Springs to CNL Lifestyle Properties
Next article
“Escape From Tomorrow,” Feature Film Secretly Shot at Disney Parks, to Be Released October 11